Two whale sharks tagged by scientists in Gulf of Mexico 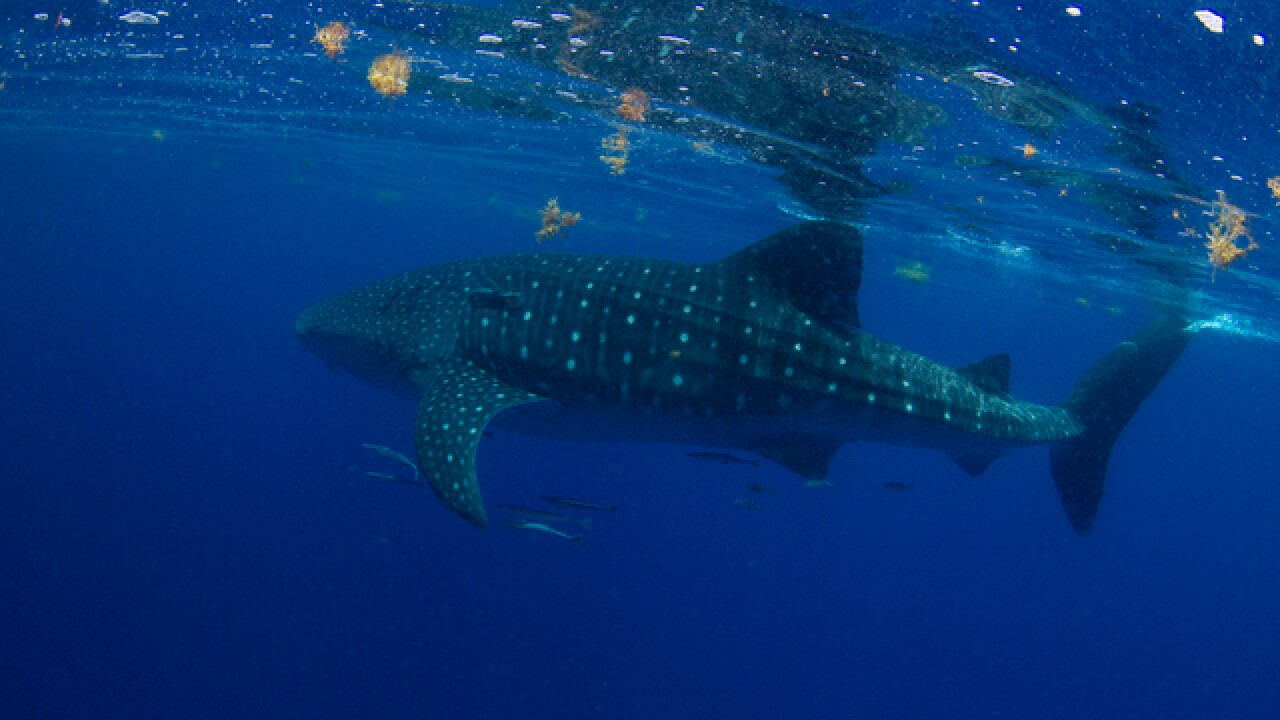 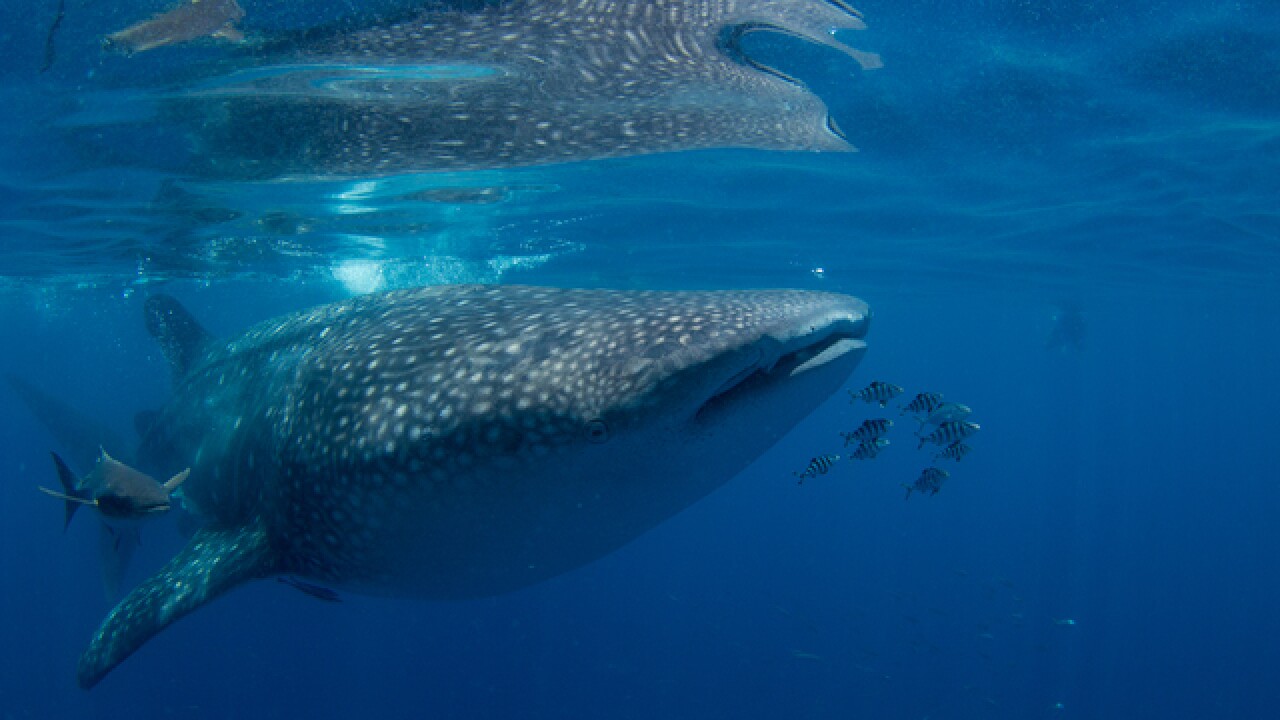 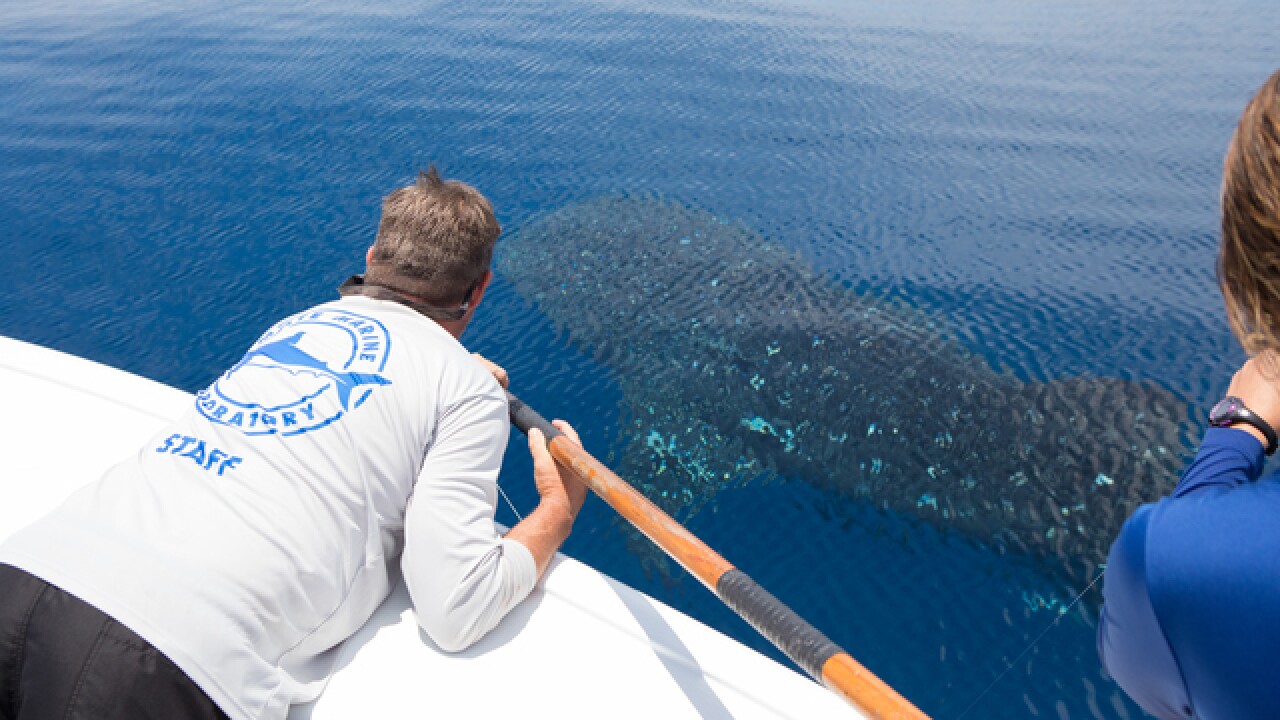 MANATEE COUNTY, Fla. -- Researchers have taken advantage of recent whale shark sightings in the Gulf of Mexico and tagged two of the sharks with data and location trackers.

On June 14th, Scientists from Mote Marine Laboratory located five of the polka-dotted, filter-feeding giants and tagged two of them with tracking devices.  All five whale sharks were found offshore of Longboat Key and New Pass, feeding at the surface possibly on fish eggs as well as other forms of plankton.

“It is not uncommon for whale sharks to be spotted feeding in the Gulf this time of year, but the duration of their stay is longer than in previous years,” said Dr. Robert Hueter, Senior Scientist and Director of the Center for Shark Research at Mote. “Reported sightings are usually scattered, but the sharks’ locations have stayed pretty stable, as most sightings have been about 30-40 miles off Anna Maria Island and Longboat Key.”

The first shark, a 16-foot-long male nicknamed “Colt,” was tagged around 12:30 p.m., about 40 miles offshore of Sarasota County.

As the team was traveling back to shore around 2 p.m., they found and tagged a 22- to 25-foot female nicknamed “Minnie” and photographed her unique spot patterns for later identification.

Three more whale sharks were found and photographed in a group closer to shore.

The trip was made possible by Captain Wylie Nagler, owner of Yellowfin Yachts, who transported the research team on his large vessel, allowing them to travel far and fast enough to locate the animals.

The tracking tags will store data about the whale sharks’ location and the depths and temperatures they encounter.

Morris attached the tags from the side of the boat, using a titanium-head dart on the end of a wooden pole.

Whale shark Colt is named after Nagler’s son, who accompanied the tagging team, and Minnie was named after Walt Disney’s Minnie Mouse, in honor of Disney’s support in providing the tags.

All told, the expedition involved about six hours of searching – and the resulting data will be well worth the effort.

“Right now, we don’t know if there’s a greater than normal abundance of whale sharks in the area,” Hueter said. “There could be other reasons for these longer-duration sightings such as better ocean conditions for spotting the sharks, the opening of red snapper season drawing more boats offshore or the increased prevalence of smartphones to capture photos and videos of marine life.”

Photos of the sharks’ unique spot patterns will be sent to Wildbook for Whale Sharks, an online database of whale shark encounter reports and pictures used to identify individual animals for research.