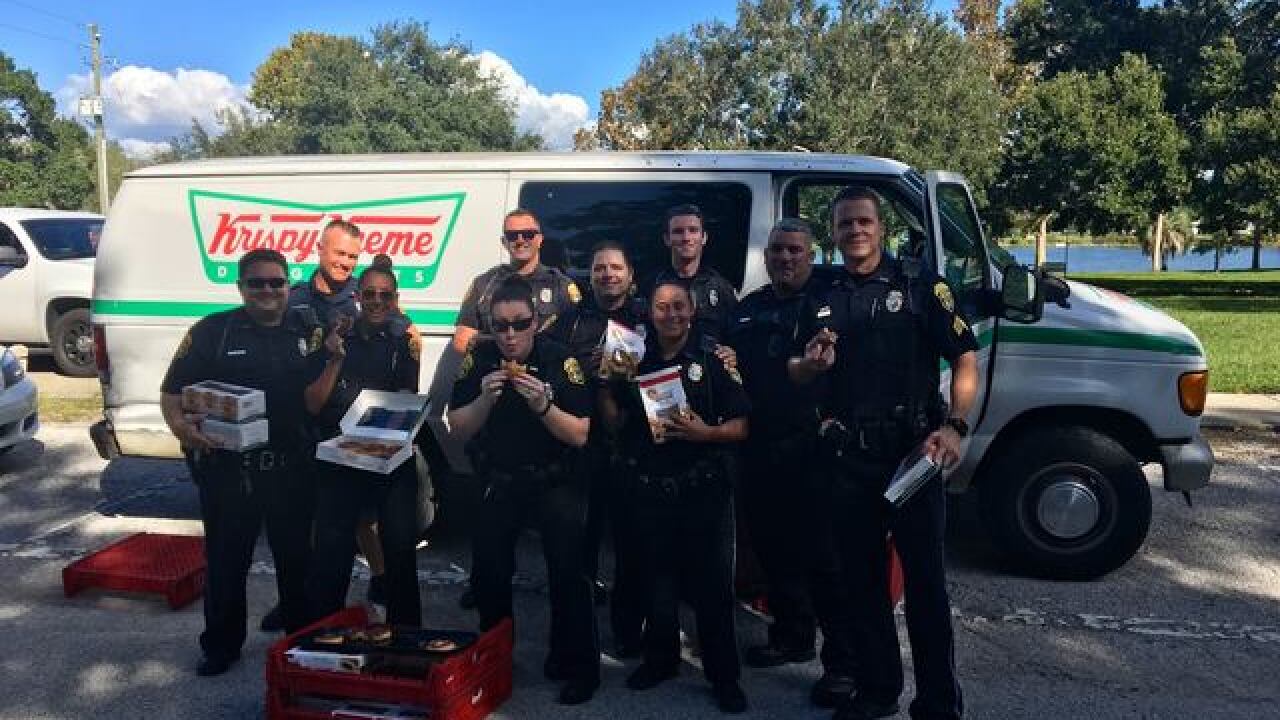 Copyright 2018 Scripps Media, Inc. All rights reserved. This material may not be published, broadcast, rewritten, or redistributed.
Clearwater Police Department

CLEARWATER, Fla. (AP) - It was a lucky day for some Florida police officers who recovered a stolen van filled with Krispy Kreme doughnuts.

Clearwater police posted a photo on Facebook of a group of officers standing in front of the van holding boxes of the tasty treats.

The Tampa Bay Times reports the van was reported stolen Tuesday morning in Lake City, which is 193 miles (310 kilometers) north of Clearwater. The van, loaded with doughnuts, was spotted in Clearwater on Tuesday afternoon.

The Facebook posting says the store manager donated the cargo to the officers. They saved some doughnuts to eat and handed out the rest to the area's homeless.

Authorities are still looking for the van thief.