Man with banner scales crane before Trump speech in Florida 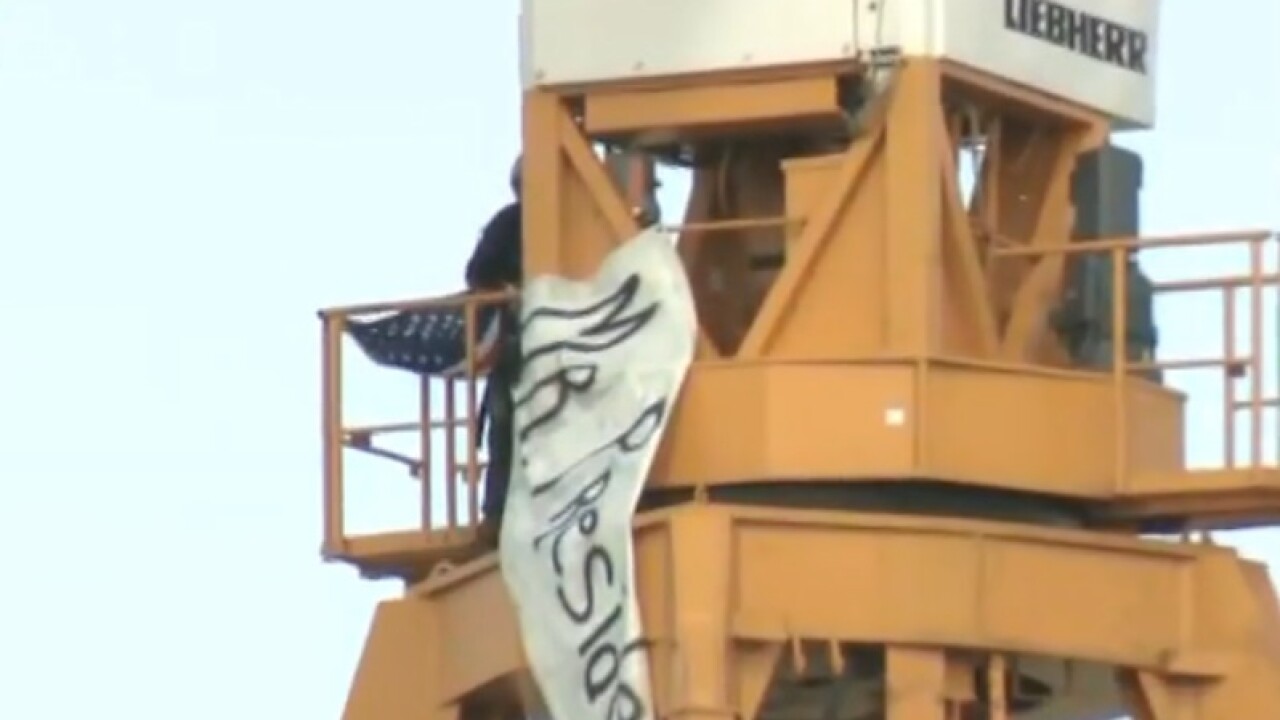 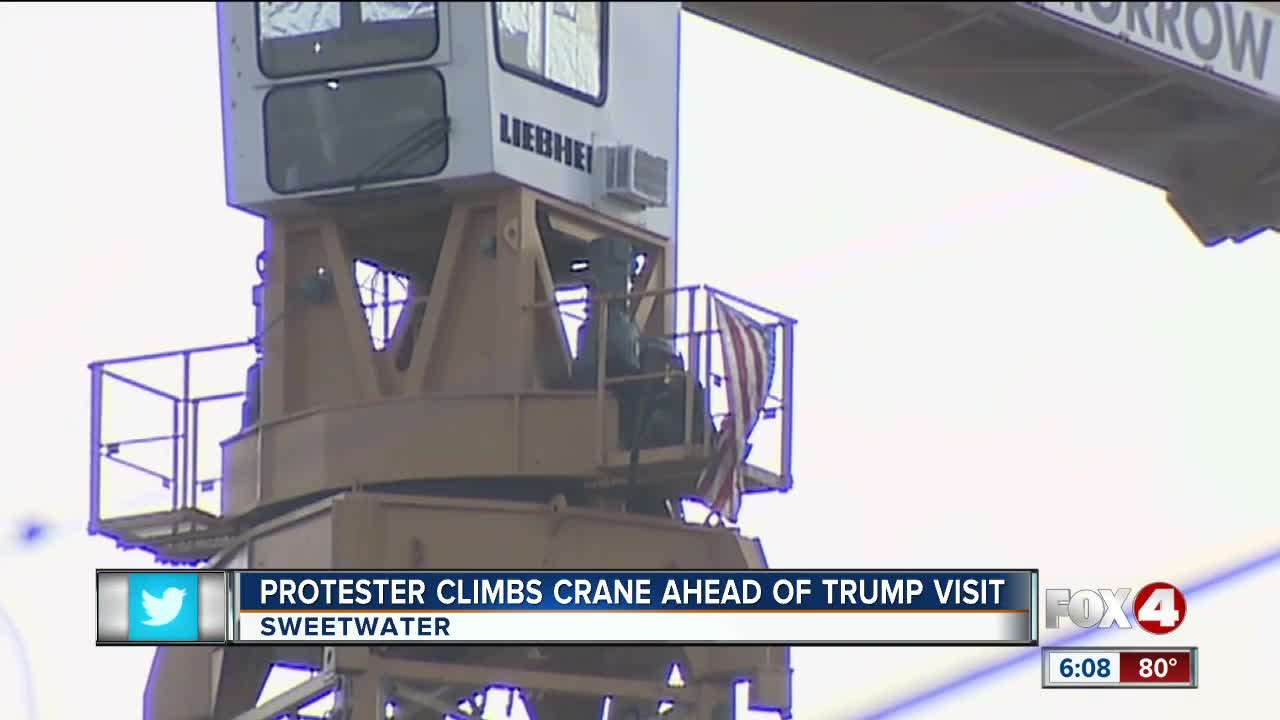 SWEETWATER, Fla. (AP) - A man with a banner and an American flag climbed a construction crane near a Florida campus where President Donald Trump was scheduled to speak Monday.

The Miami Herald reports the man spent about two hours atop the crane at the northern edge of the Florida International University campus in the Miami suburb of Sweetwater.

It was unclear what was written in black on the man's white banner. Only the words "Mr. Presidente" were visible, with the rest of the banner twisted in the wind.

Police had blocked off streets around the campus and warned traffic would be interrupted by Trump's visit.

The president was expected to speak about the political turmoil in Venezuela. The campus is just south of Doral, a city home to the largest concentration of Venezuelans in the U.S.

Information from: The Miami Herald, http://www.herald.com