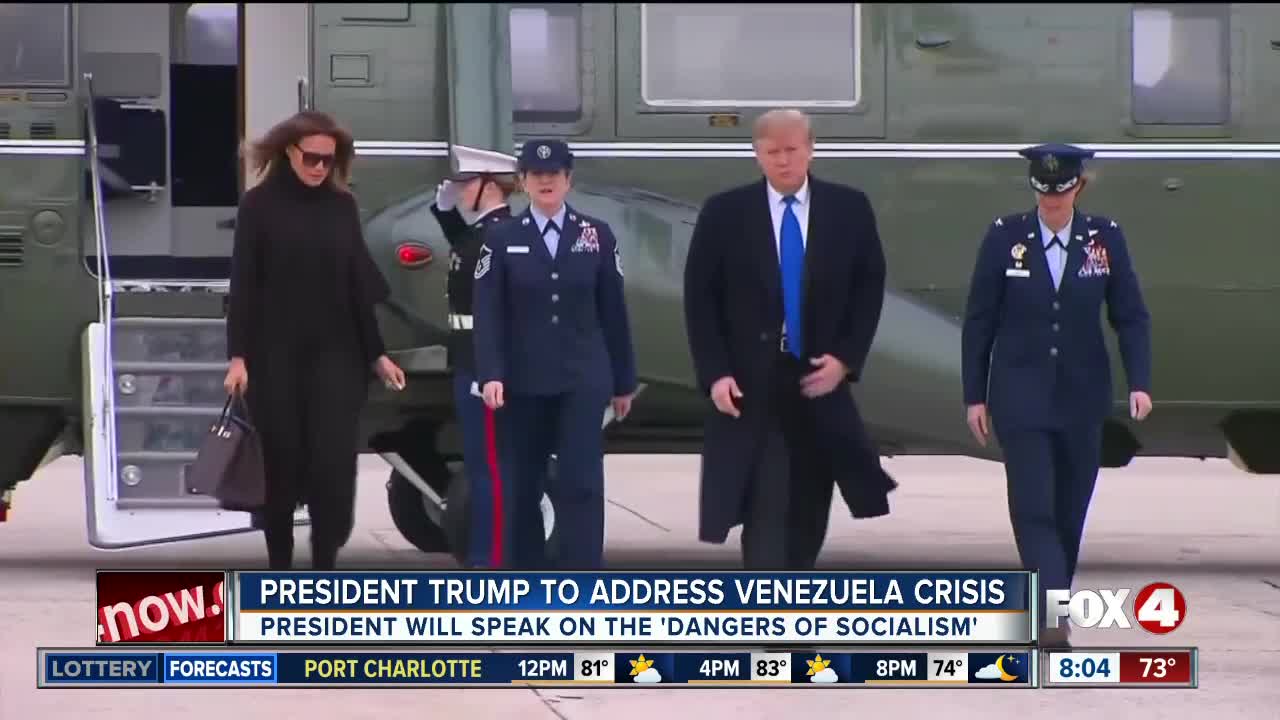 President Trump will be in Miami Monday to show his support of Venezuelan president in exile, Juan Guaido.

MIAMI, Fla. -- President Trump will be in Miami Monday to show his support of Venezuelan president in exile, Juan Guaido.

It's been more than three weeks since Guaido claimed his place as president.

However, former president Nicolás Maduro remains in power with the support of that country's military.

"Venezuela has two thousand generals. That is more generals than every NATO country combined. So that tells you where the corruption is," says U.S. National Security Advisor John Bolton.

And the U.S. is sending aid to Venezuela, but most of it is sitting in Colombia. Brand new pictures show a border bridge that President Maduro's military is blocking.

Florida Senator Marco Rubio went there to try and get the supplies across the border. And he had a warning for Maduro, if he keeps blocking the aid. "There are certain lines, and Maduro knows what they are, and if they're crossed, I am confident-- based on everything I've heard from this administration and everything I know about this administration -- that the consequences will be severe, and they’ll be swift, and he's aware of that.”

Rubio told a crowd that Venezuelan soldiers who block aid would "spend the rest of their lives hiding from justice."

Monday, Senator Rubio, along with Representative Mario Díaz-Balart and Ambassador Carlos Trujillo will hold a news conference at Miami International Airport. They're expected to talk about what the Trump Administration plans to do about Venezuela's humanitarian crisis.