CROW: Results from remains of Harriet and M15's eaglet are in 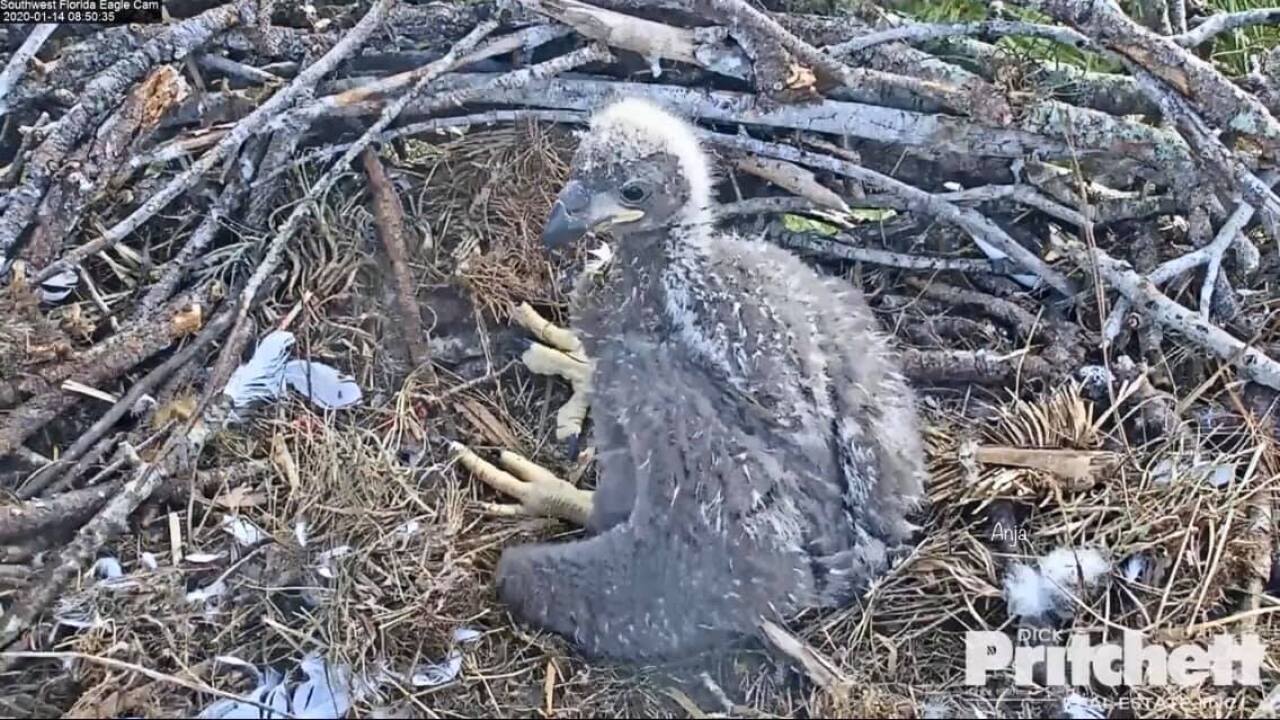 SANIBEL, Fla. — CROW, the Clinic for the Rehabilitation of Wildlife, has announced they have received the results back from E14.

E14 remains were sent to the Southeast Cooperative Wildlife Disease Study (SCWDS) at the University of Georgia for further evaluation and testing, including testing for rodenticides that may have contributed to the eaglet’s death in January.

RELATED: Tragedy in the eagle nest: Eaglet passes away on popular eagle webcam

The results are in and the results show E14 has tested postive for increased levels of brodifacoum, a type of anticoagulant rodenticide or rat poison.

E14 had been growing quickly, and everything appeared to be going well.

However, things took a turn, and E14 was reported to have some sort of injury and was bleeding. Some viewers reported seeing a fish hook in the nest, but it wasn’t confirmed.

The adults in the nest likely have chronic exposure to rodenticides from the same food sources, but are not currently suffering any ill effects due to their larger body size compared to the affected baby.