Tragedy in the eagle nest: Eaglet passes away on popular eagle webcam 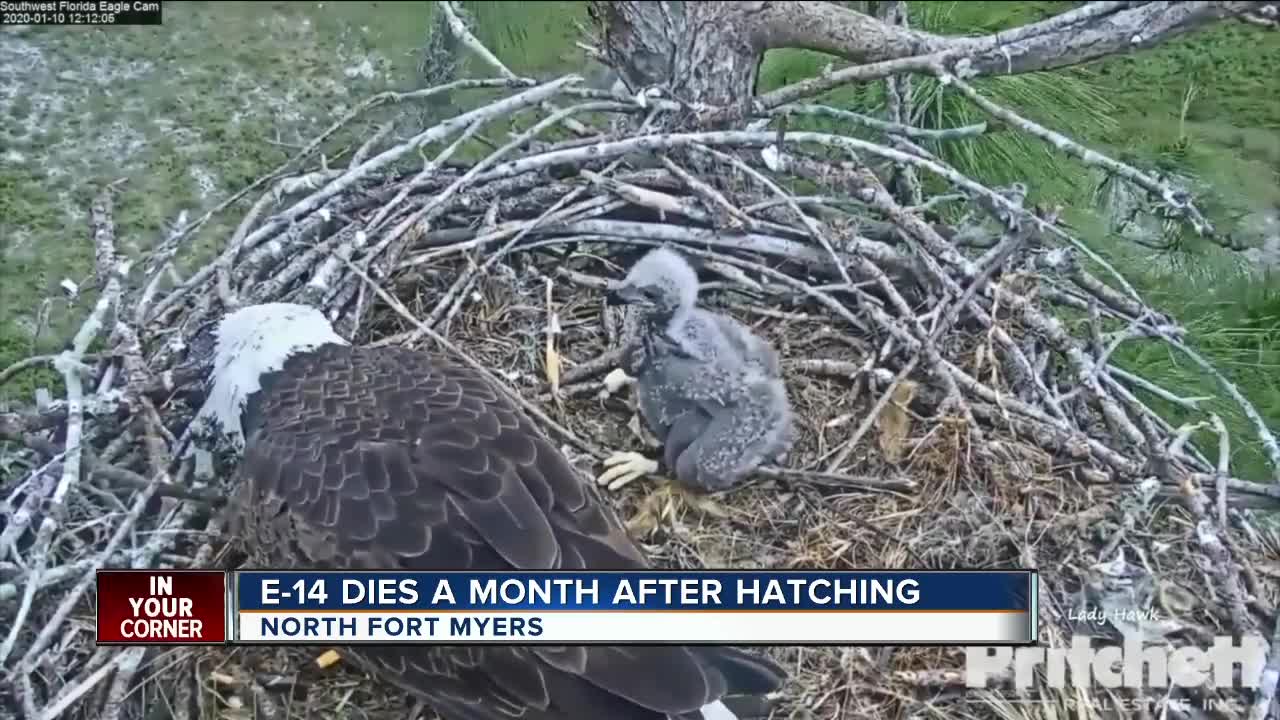 Things took a dark turn in the beloved bald eagle nest in North Fort Myers as the lone eaglet of Harriet and M15 this season has passed away. 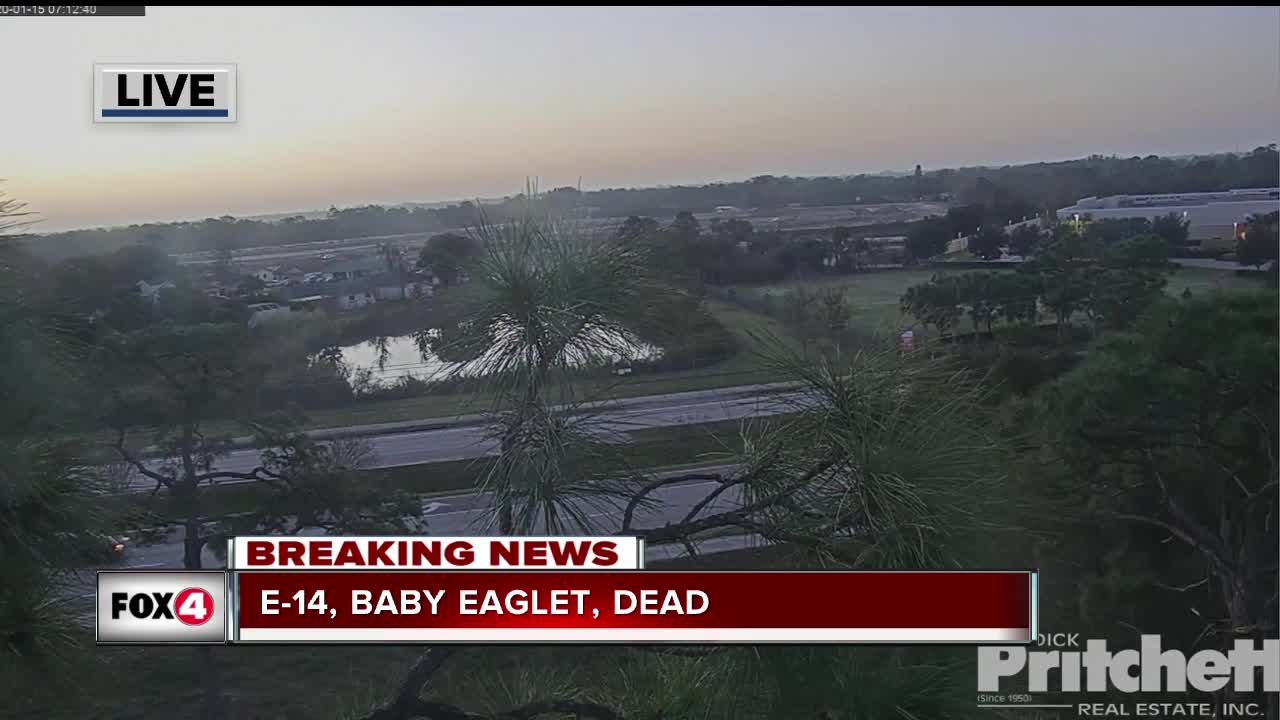 NORTH FORT MYERS, Fla. — UPDATE (3:45PM)-- The Clinic for the Rehabilitation of Wildlife (CROW) in Sanibel has examined the eaglet.

An XRAY revealed no hook or foreign objects in the body of E14.

Veterinary staff noted the entire left side to be covered in blood which appears to have come from a broken blood feather on the left wing.

The remains of E14 have been sent to the Southeast Cooperative Wildlife Disease Study (SCWDS) at the University of Georgia for further evaluation and testing, including testing for rodenticides that may have contributed to the eaglet’s death.

Things took a dark turn in the beloved bald eagle nest in North Fort Myers as the lone eaglet of Harriet and M15 this season has passed away.

The eaglet known as E14 was reported on Tuesday to have some sort of injury and was bleeding. Some viewers reported seeing a fish hook in the nest, but that has not been confirmed.

Wednesday morning, viewers of the Southwest Florida Eagle Cam report that E14 appeared to have died. The cameras turned away from the nest as the parents were dealing with the situation.

E14 was born December 19th in the eagle cam nest. Its sibling egg was not viable.

E14 had been growing quickly and everything appeared to be going well as late as Tuesday morning. The eagle cam team reported that E14’s wingspan was nearly 2 feet wide and he/she weighs around 5-6 pounds with a beak and feet that are almost fully grown.

The hugely popular Southwest Florida Eagle Cam is located at a North Fort Myers nest and broadcasts 24 hours a day. It draws thousands of viewers every day from around the world.

Harriet has been coming to the nest site since 2006, first with mate Ozzie, and then with new mate M15 after Ozzie passed away in 2015. Harriet has successfully raised at least one eaglet every season since then.

UPDATE (1:15 PM) -- The Clinic for the Rehabilitation of Wildlife (CROW) in Sanibel says the remains of E14 have been removed from the nest and will be examined by veterinary staff.