Councilman confident that embattled construction sites can cleanup their act 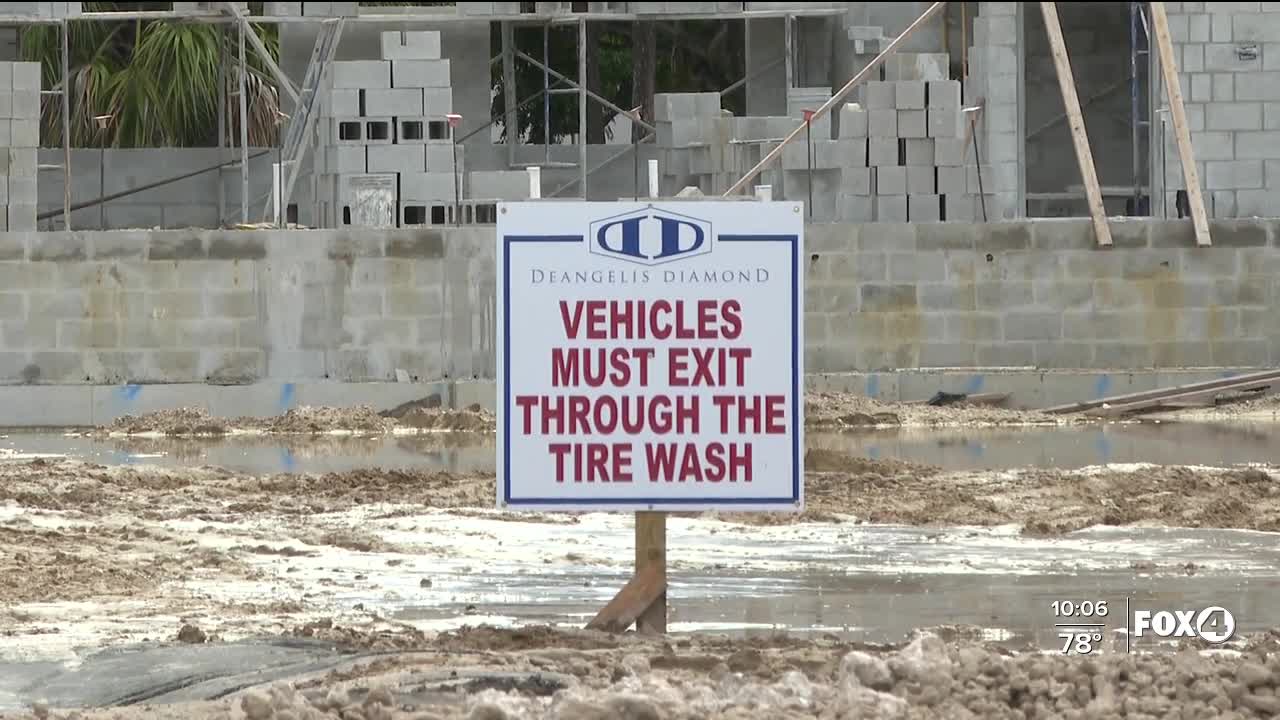 Councilman Kevin Anderson says he's confident that two construction sites in his ward can get back on track after multiple state Department of Environmental Protection investigations.

FORT MYERS, FLA — Construction on those two lots in downtown Fort Myers, slowing to a stop this week.

That's after heavy rains in the area led to major runoff from both the Silver Hills and City Walk sites, near first street.

Those concerns have reached the state Department of Environmental Protection, who has investigated and fined both sites for this in the past.

They've also made their way to the councilman who represents that portion of the city.

"The residents of my ward are very quick to tell me when something is not right," said Kevin Anderson.

Councilman Anderson says bad weather has been a challenge for those sites, who have struggled to keep dirt and other materials contained.

"It's not like it was sewage or oil or pollutants. It's still an issue but we need to keep things in perspective. And we do need to hold them accountable too," he said.

A developer for the City Walk project, Joe Bonora told Fox 4 Tuesday that his team has worked hard to keep this from happening.

But he adds that they'll keep working to fix the issue.

Councilman Anderson also says he is confident that both sites will find a solution and work to finish projects, that when done are projected to generate a lot tax dollars for the city, among other things.

We have reached out to the Silver Hills project developer for comment and are still waiting to hear back.