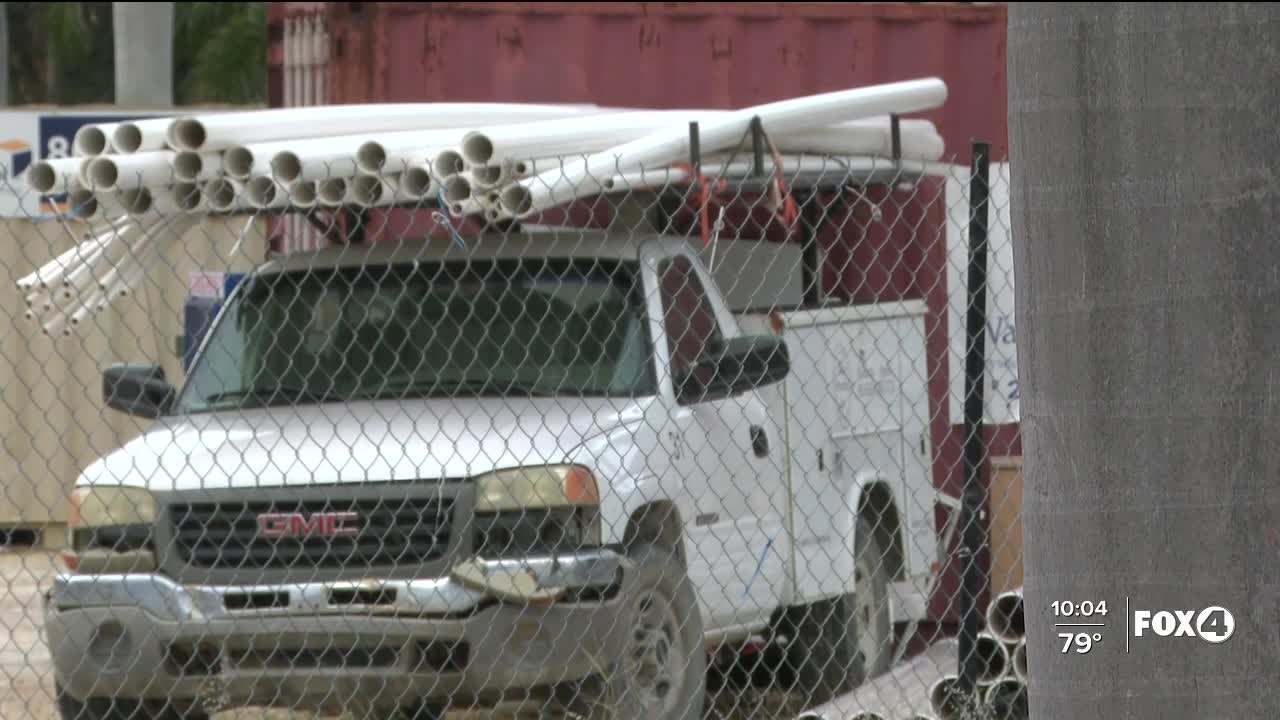 FORT MYERS, FLA — Two construction sites in downtown Fort Myers are facing scrutiny from the state Department of Environmental Protection and local leaders, after photos and complaints about runoff into the Caloosahatchee river.

John Cassani is a member of the Calusa Waterkeepers, one of the groups, who sounded the alarm.

"So when that sediment filters down to the bottom it has the ability to suffocate animals that are filter feeder and breathe with gills. And if it settles on plants it can sometimes harm the plants," he said.

And Cassani said this isn't the first time these sites have been under the microscope.

"This is at least the third time that we know of that this significant turbidity run off problem from these construction sites has been occurring," he said.

Over the summer, the state DEP slapped the Silver Hills project with an almost $5,000 fine for a similar issue. The nearby City Walk project was also hit with a $57,000 fine at that time.

Tuesday there was still some movement on the Silver Hills site, but the City Walk site was empty, after being ordered to stop work by the city.

It's a move that caught the President of the site's development company, Catalyst Asset Management, by surprise. According to Joe Bonora, the company worked with the state DEP to fix the problems they had last time.

"Three days prior to that [the stop work order] I had a conversation with DEP who essentially told me that everything was working," he said.

In a statement, the state DEP said that it is investigating both sites for possible new violations.

Whether they're found in violation, or not, Bonora says they're committed to doing what they can so that this doesn't happen again.

Fox 4 reached also out to silver hills for comment and we are waiting to hear back.