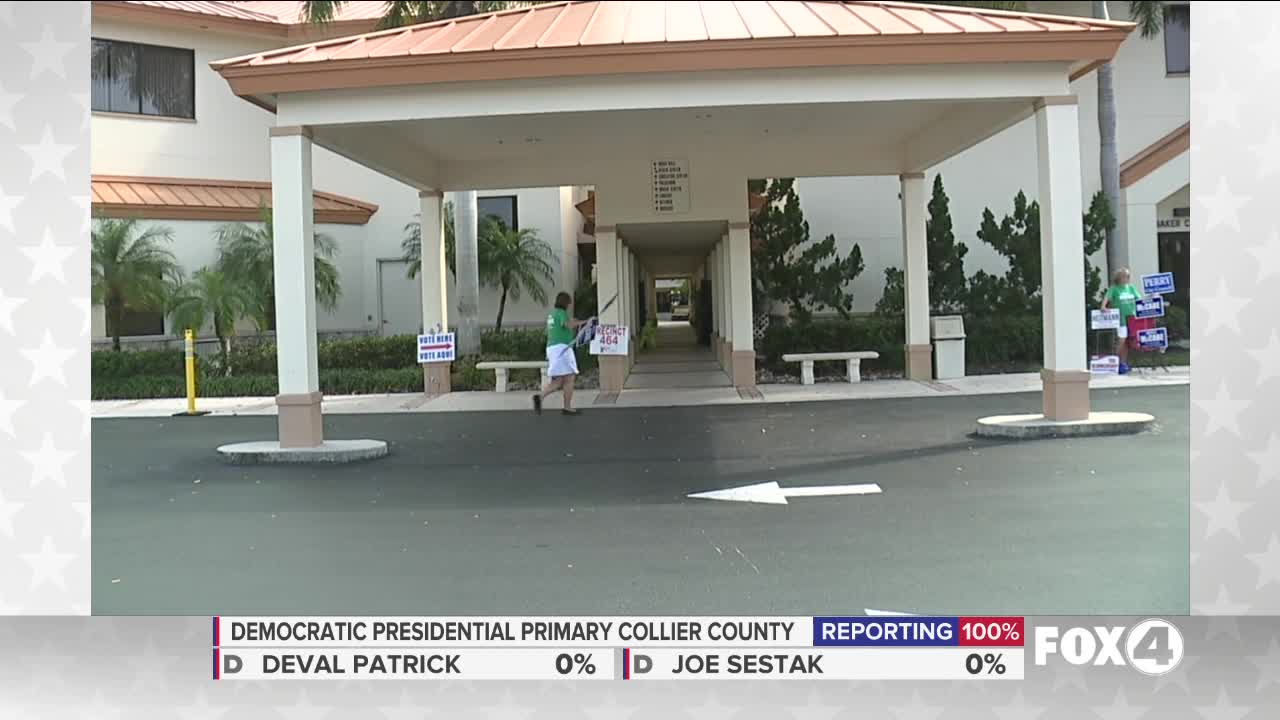 The Collier County Supervisor of Elections says they saw a lower voter turnout Tuesday, due to coronavirus fears.

"I think each day the elevation of the anxiety that we feel is real," said Sherry O'Hare, a Naples voter.

But those fears didn't stop some loyal voters from coming out in Collier county, even in smaller numbers.

"I think it's really important," said O'Hare, "This process was very fast, it was very clean, I noticed everyone standing six feet apart and there was Purell everywhere and I was in and out in less than 10 minutes."

Despite that O'Hare's confidence, the Collier County Supervisor of Elections, Jennifer Edwards, says coronavirus kept turnout down and 80 poll workers from coming in.

"I tell them 'we conduct an election without you all.' but I also tell them I respect your decision to want to stay home today," said Edwards.

I asked Edwards if she felt the turnout was low enough to have any real impact on the outcome of local races, but shes says "no."

"We have what are called poll watchers from some of the parties who were in some of our election day polling locations and in our early voting locations and nothing was reported to us," said Edwards.