You still have time to fill out the Census 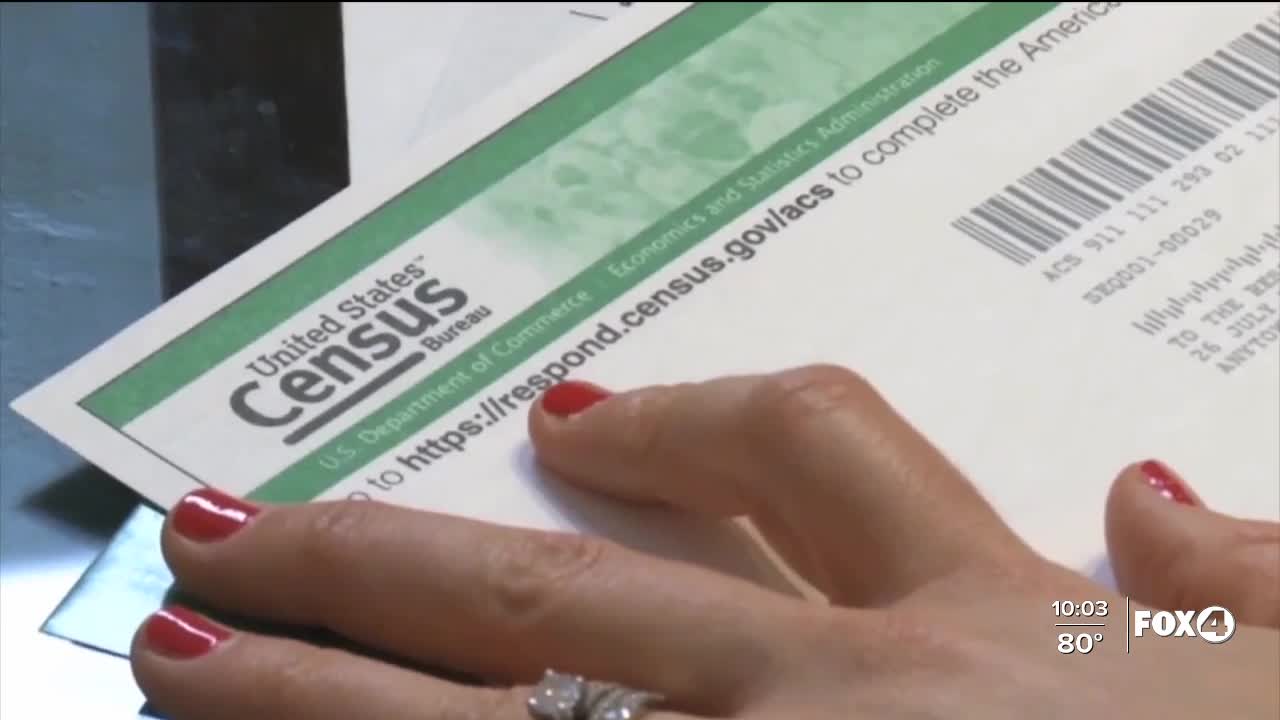 On Tuesday, the supreme court ruled in favor of President Trump's administration to halt its 2020 census field count earlier than planned. People now have about 24 hours to make sure they get counted.

COLLIER COUNTY, Fla — It's been a legal battle for the 2020 census.

The Supreme Court overturned a lower court's ruling that extended census field operations to the end of the month, halting the 2020 Census count.

It's been a back and forth on the deadline to complete the 2020 census.

The request for the extension is a result of the coronavirus pandemic.

“Because of COVID-19, we couldn’t really count earlier in the year until later in the summer,” Housel says.

But on Tuesday, the supreme court ruled in favor of President Trump's administration to halt its 2020 census field count earlier than planned.

People now have about 24 hours to make sure they get counted.

“We have people that need to be counted, especially in Immokalee and traditionally underserved areas,” Housel says.

She also says the news is very disappointing.

The census count determines representation for each state in the house of Representatives and also determines where 675 billion dollars of federal funds will go per year.

The Trump Administration previously tried to move up the count's deadline to September.

Arguing the headcount needed to stop early to give the Census Bureau time to tabulate the results by the end of the year.

“I do think we have an improved count, but we needed this extra time,” Housel says.

She also says this year they've seen high self-response rates with people being able to go online or call to complete the census.

“For Collier County, for our self-response as of yesterday at 3 p.m., we’re at 55.1% have been counted,” Housel says.

But any inaccurate count means loss of money.

“We lose 1,440 dollars per person per year in funding,” Housel says.

She is urging people that have not been counted to go online and complete the census.

The deadline is October 15.

“We want to make sure everyone has the opportunity to be counted because it’s part of living here, it's not a matter of being an American, it’s a matter of you reside here you deserve to be counted,” Housel says.