Woman fights back against county in guardianship case 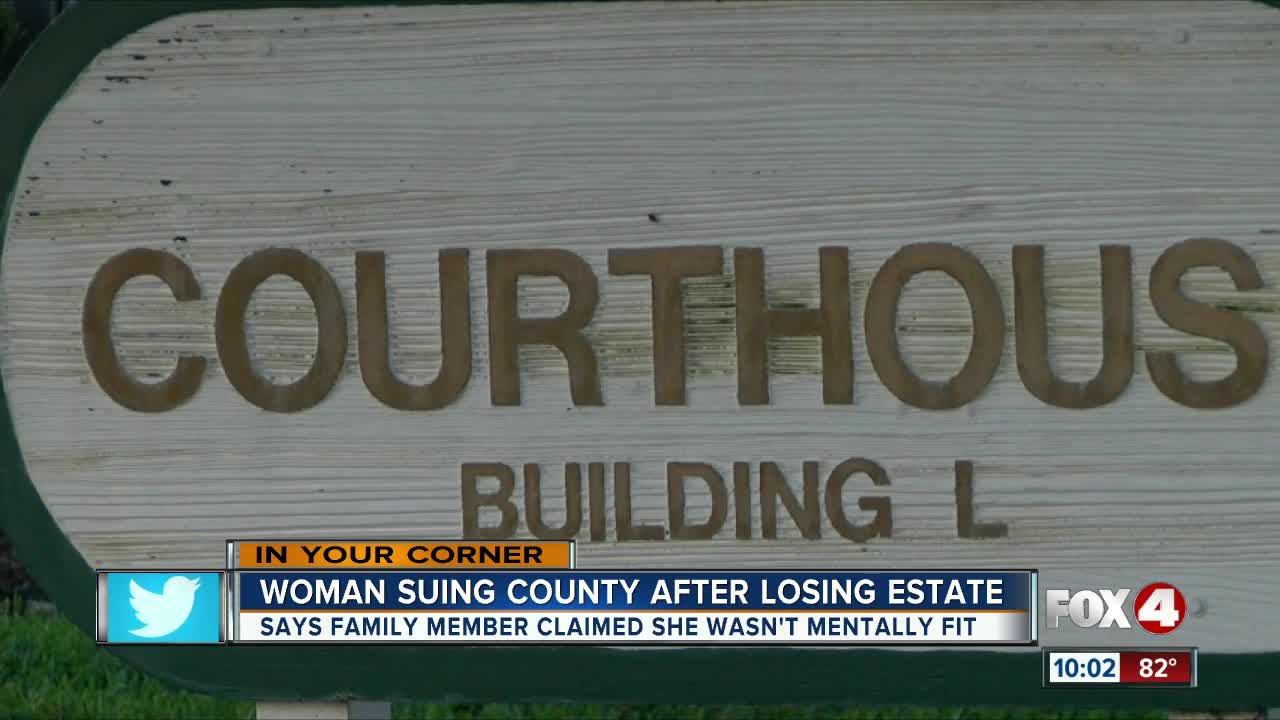 In a story 4-In-Your Corner first reported on in May, a Collier County woman is taking action after becoming the victim of a bogus guardianship case. 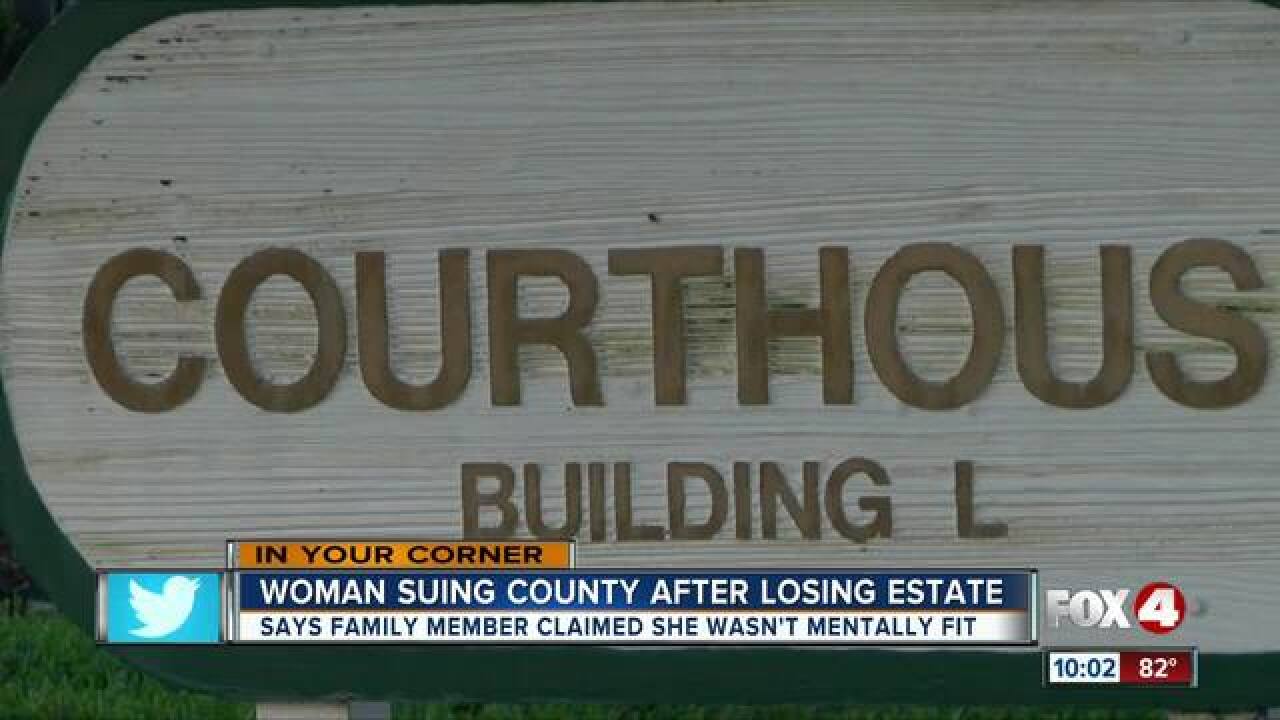 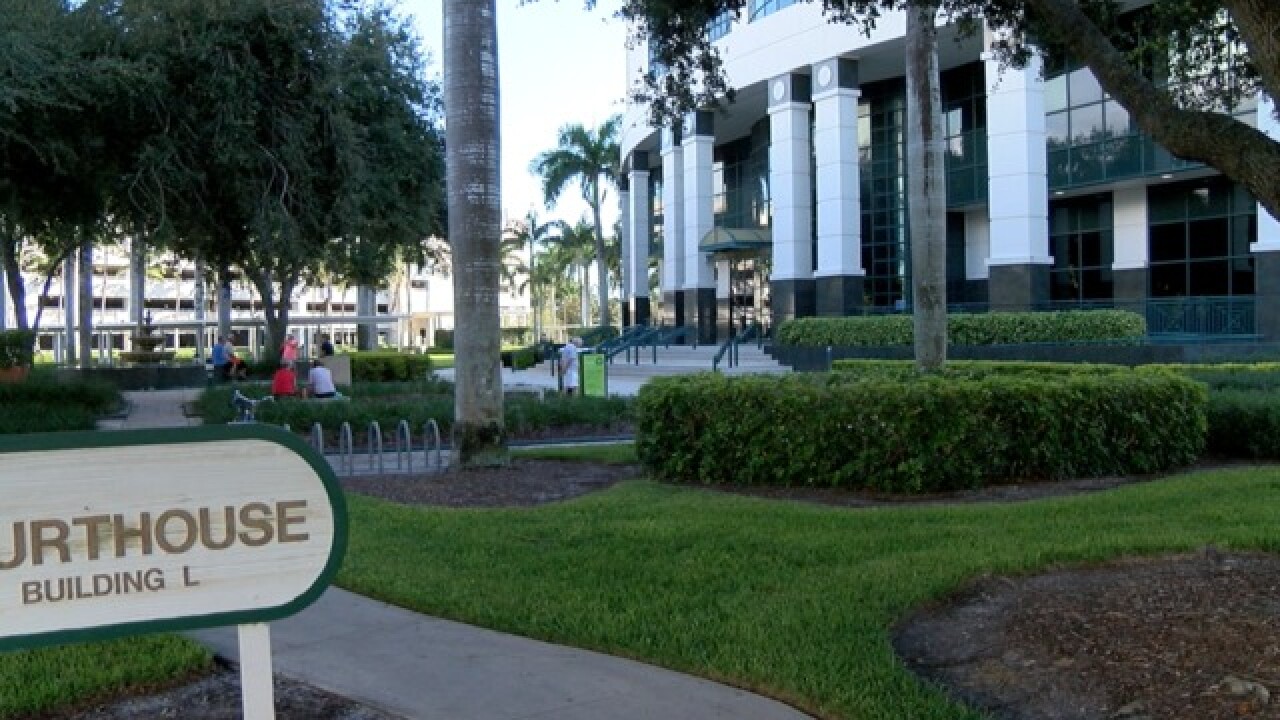 In a story 4 In Your Corner first reported on in May, a Collier County woman is taking action after becoming the victim of a bogus guardianship case.

Guardianship cases normally involve a relative asking a court to be given decision-making rights over another relative's estate, if that person can no longer make decisions for themselves.

Federighi says a jealous relative filed a guardianship against her.  The court deemed her incapacitated to handle her finances, even though there isn't anything wrong with her.

The legal proceedings drained Karen of all her finances, desperate, she moved away.

"I finally escaped on November of 2016, a philanthropist saw my story internet and wired me some money," said Federighi.

Karen returned to Collier County, trying to get some justice of her own.

Another Collier County woman, Peggy Dupree is suing the county as well.

But she didn't lose her estate, she lost her son.

She claims her autistic son was treated by a doctor without her knowledge.
When Peggy alerted authorities, she lost custody of her son.

Though Karen and Peggy's cases are different, they are joining forces to try and stop what they say is a broken, corrupt system.

"It's not just about the money, it's about exposing how corrupt these guardianships are, and how it exposes the vulnerable and the weak."

Karen says she has another lawsuit pending in Chicago against the relatives who sued to get control of her inheritance in the first place.