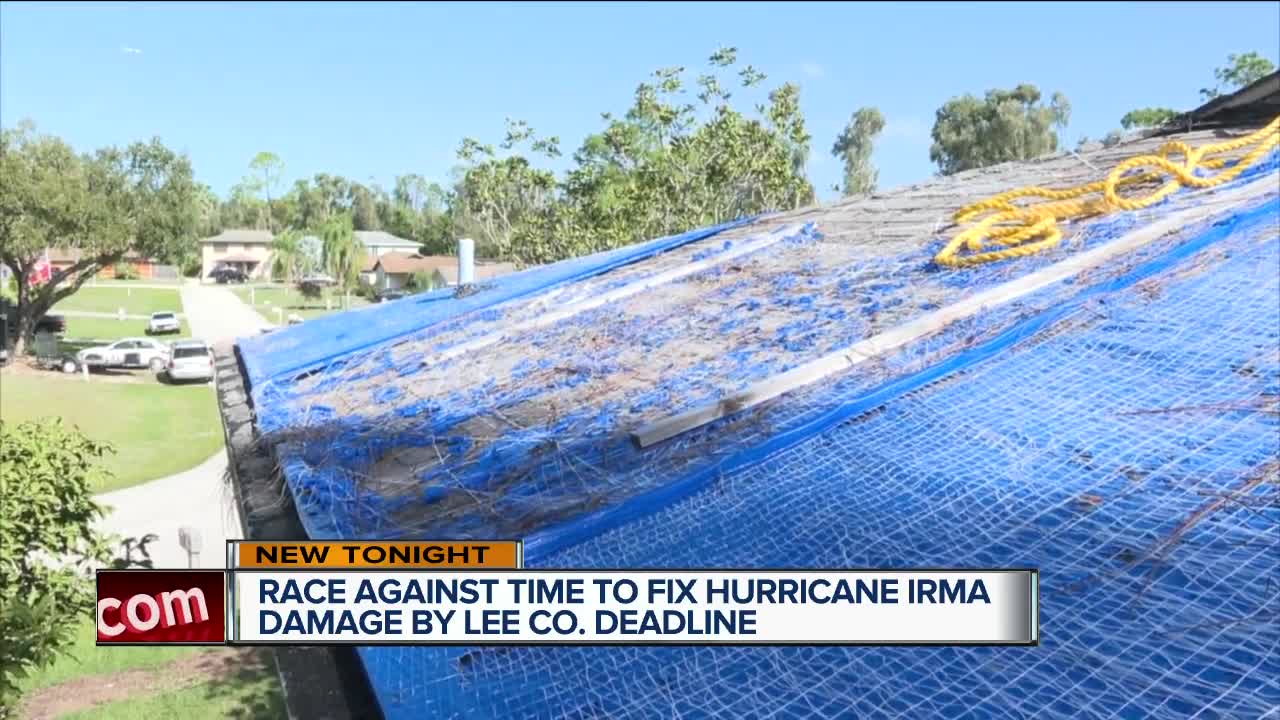 Code Enforcement is putting people who have Hurricane Irma damage on notice to fix their homes or face fines.

LEE COUNTY — A woman has been living with damage to her home from Hurricane Irma for the last two years because she didn't have insurance, but now she's been put on notice.

County Code Enforcement is cracking down, saying if she doesn't get her roof fixed, she could be facing fines, or even get evicted. Peggy Wilson watched Monday as contractors helped patch her roof with tarps. It's just a temporary fix.

“We were devastated really because of so much damage that had happened. We had never experienced this kind of damage in the past before at all," said Wilson.

A month after the storm, FEMA came to Wilson's house to lay tarp on her roof, but that's the only government assistance she received. Then, on January 3rd, Wilson and her neighbor, Melissa Tuccio, learned the time for temporary fixes was over.

“I was over here actually when she was going through her mail, and she pulled out a letter from code enforcement giving her 15 days to fix the problem," said Tuccio.

“They’ve given us only 15 days to get it done, and there’s no way to do that," said Wilson.

Tuccio helped Wilson track down a contractor willing to repair the roof pro-bono, but he says the damage is extensive.

“Hurricane Irma tore a majority of the roof up quite a bit, and over time, the tarps that were on there have given way, which has caused more damage to all the decking, the shingles, and everything," said Bryan Ferguson, owner of PDQ Mechanical.

The crew now needs shingles and plywood to make the repairs, something they're still trying to raise money for. Tuccio said they're just a part of a much larger problem.

“There’s so many people that need help, and when you drive down the street and you see tarps that are still on a house, there’s a reason for that. It’s not because they don’t want their house fixed. It’s because, for some reason or another, they couldn’t do it," said Tuccio.

Ferguson said he's trying to get a work permit for the house from the county, which could extend the deadline for a year to make the full repairs. Meanwhile, Tuccio has helped Wilson set up a Go Fund Me page to raise money for supplies.