Not enough tablets for inmates in Charlotte County Jail 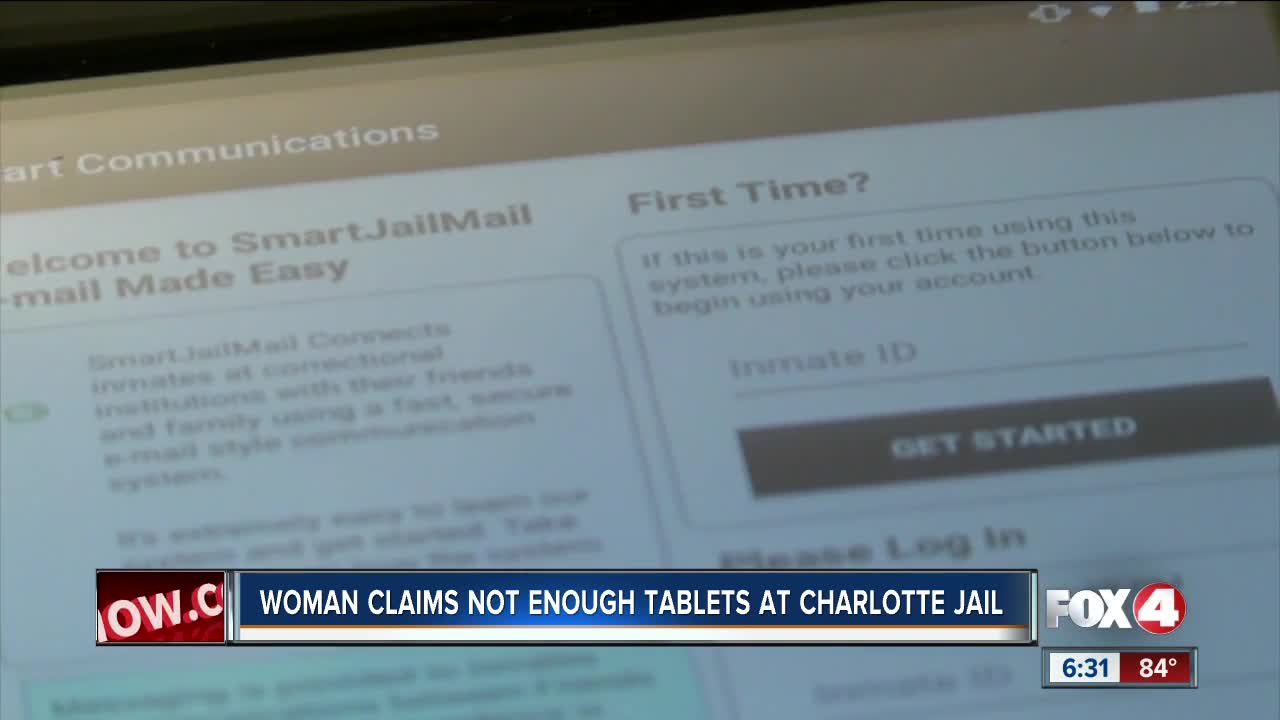 CHARLOTTE COUNTY, Fla. — Only so many inmates, and not enough tablets to go around. That is what one woman, who has a fiancé in the Charlotte County jail is claiming.

Tami, who didn't want to provide her last name, says her fiancé can’t access a tablet. According to Tami, every inmate is supposed to get some time using a tablet.

Her fiancé, Bill, has been in the Charlotte County jail since January. She says the tablets her fiancé and other inmates use are important to them.

Lately, Tami says that hasn’t been the case, she says her fiancé claims he and other inmates aren't getting a tablet and he filed a grievance because of it. "They should ensure, that each prisoner and inmate gets a tablet, and has access to it each day," she said.

The tablets were given to the inmates in 2018 as a way to contact their loved ones, check emails, and keep up with their education. The jail has a total of 605 inmates, and Lieutenant Jessica Long, says every inmate does get access to these devices throughout the day.

"All inmates are afforded a chance to use the tablet, that does not mean they get to keep a tablet for 24 hours," Long said.

Lieutenant Long says she can’t comment on a specific grievance, but speaking in general, she says some tablets end up damaged. "When they damage a tablet, or a tablet stops working we have to replace it and that, of course, is not instantaneous," Long said.

Fox 4 did reach out to the company who owns the tablets, 'Smart Communications Tablets,' to see how much it costs to replace and get new tablets. We have not heard back, but once we do, we will be sure to keep you updated.