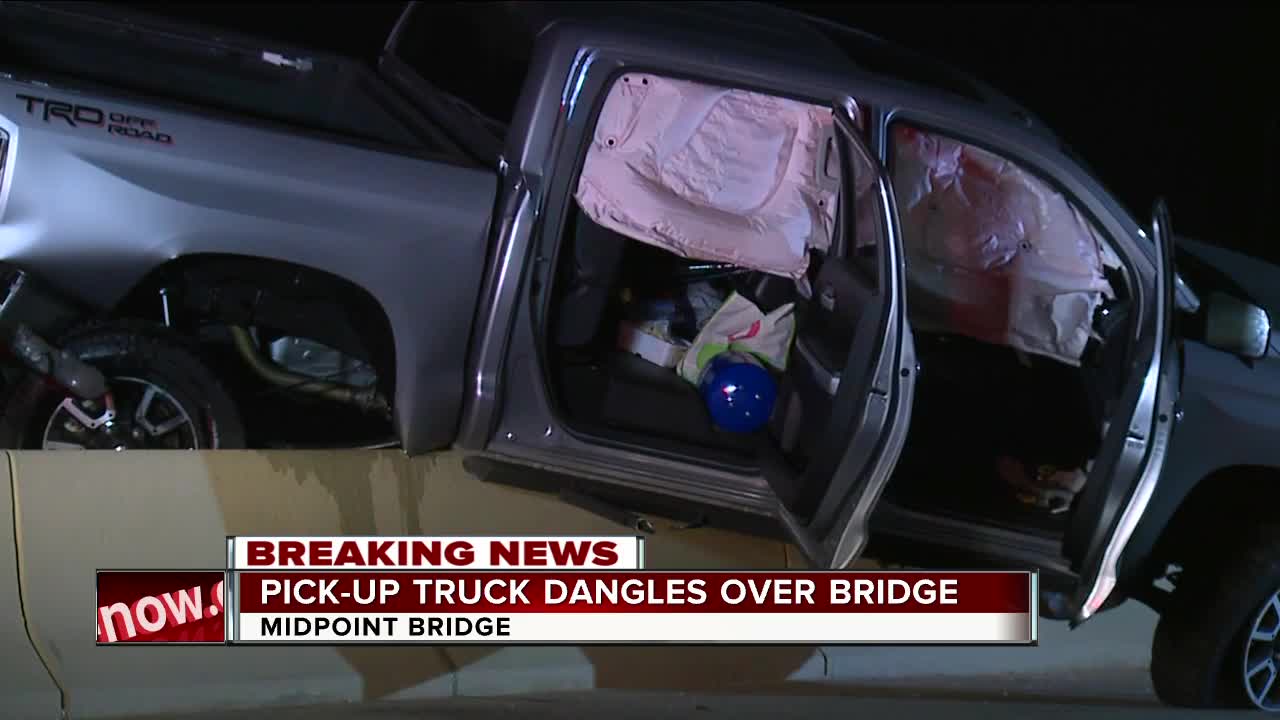 CAPE CORAL, Fl — The Lee County Sheriff's Office says a crash involving three vehicles shutdown the westbound lanes of the Midpoint Bridge Saturday night. It appears a pick-up truck was dangling over the bridge. Several police units were on scene.

Drivers were advised to find alternate routes. Deputies say westbound lanes of the bridge have reopened. It's not clear what caused the crash or if anyone was injured.