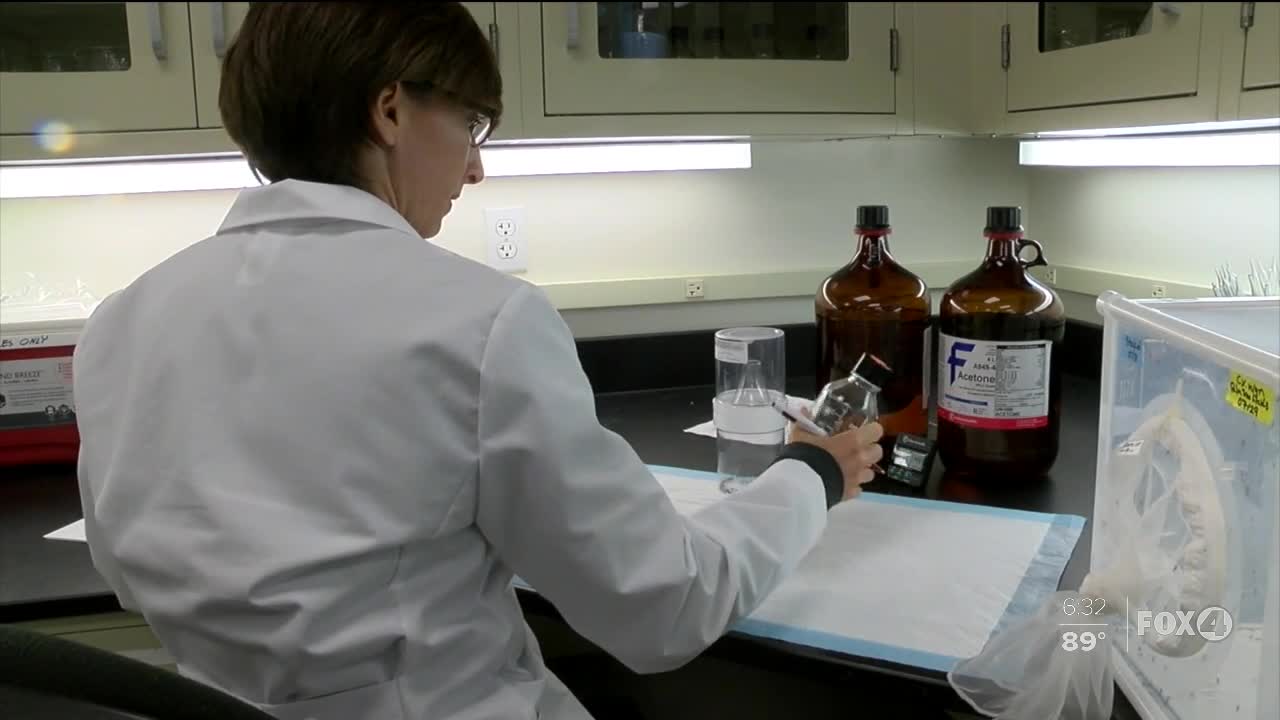 LEE COUNTY, Fla. — Next time you're outside in the yard gardening or playing with the kids, beware of mosquito bites. A strain of mosquitoes in southwest Florida are testing positive for West Nile Virus.

The Florida Department of Health issued an official mosquito-borne illness advisory Wednesday after flocks of sentinel chickens in Lee county tested positive for the virus.

Sentinel chickens are placed in cages across the county because they can contract and host viruses like the West Nile Virus safely. The chickens are tested regularly to determine if they have been infected with mosquito-borne viruses.

"Mosquitoes bite birds. Then, occasionally, those mosquitoes bite a person and that virus can then move over to the person," says Eric Jackson of Lee County Mosquito Control. "We found that there are chickens in various parts of the county that are testing positive for these antibodies. Which means, there are mosquitoes in those areas that are spreading that virus."

If you are bitten by a mosquito carrying the virus, chances are, you will experience little to no symptoms. Jackson says roughly 80 percent of people who contract West Nile Virus show symptoms of the disease. For a small portion of the population, the virus could be deadly.

"About 20 percent of people may have flu-like symptoms could cause a headache, maybe a rash, and fatigue," says Jackson. "One person out of 150 may have serious side effects. It could actually cause neurological damage, it can cause encephalitis and even death."

The Lee County Mosquito Control continues their year-round programs to decrease and control mosquito populations in the county. But, for families spending time outside this summer, it's important to remember two simple steps to lower the risk of infection, cover and drain.

Cover your skin with mosquito repellent and wear long sleeve shirts and pants. Remember to drain containers in your yard that may have standing water like bird baths.