Watch: Suspect sprints out of Kohl's with $20,000 worth of stolen rings 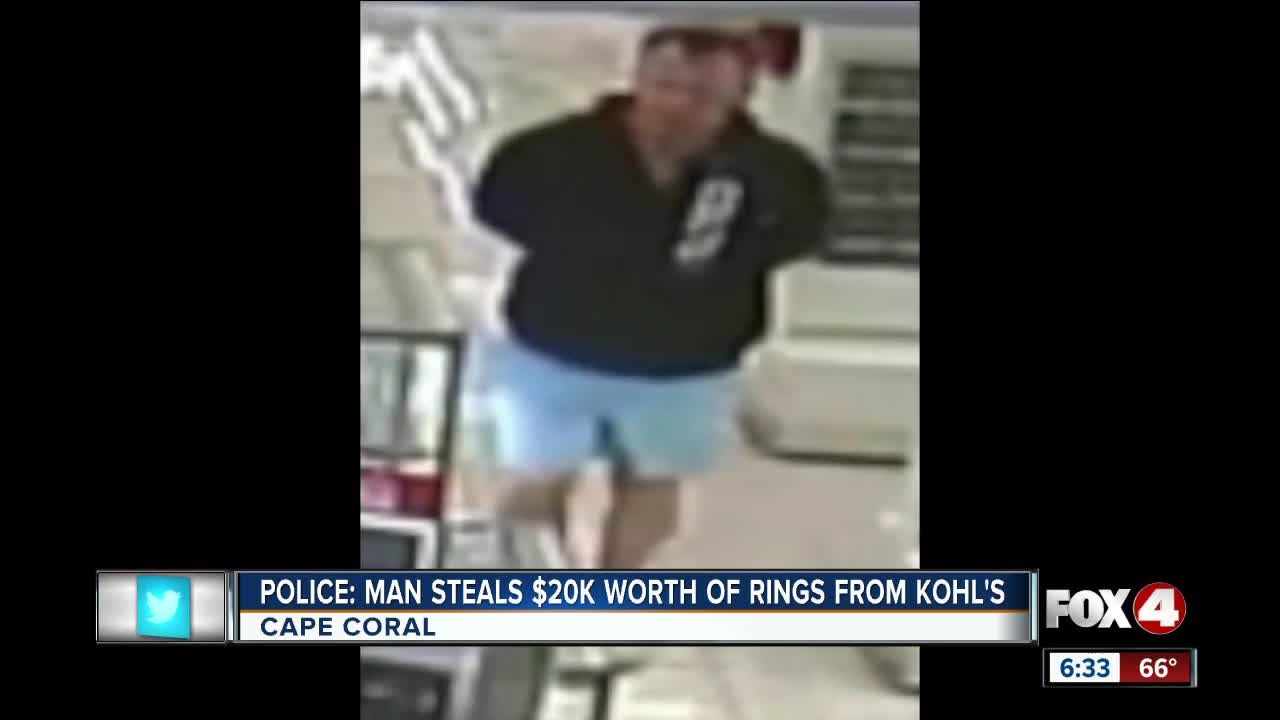 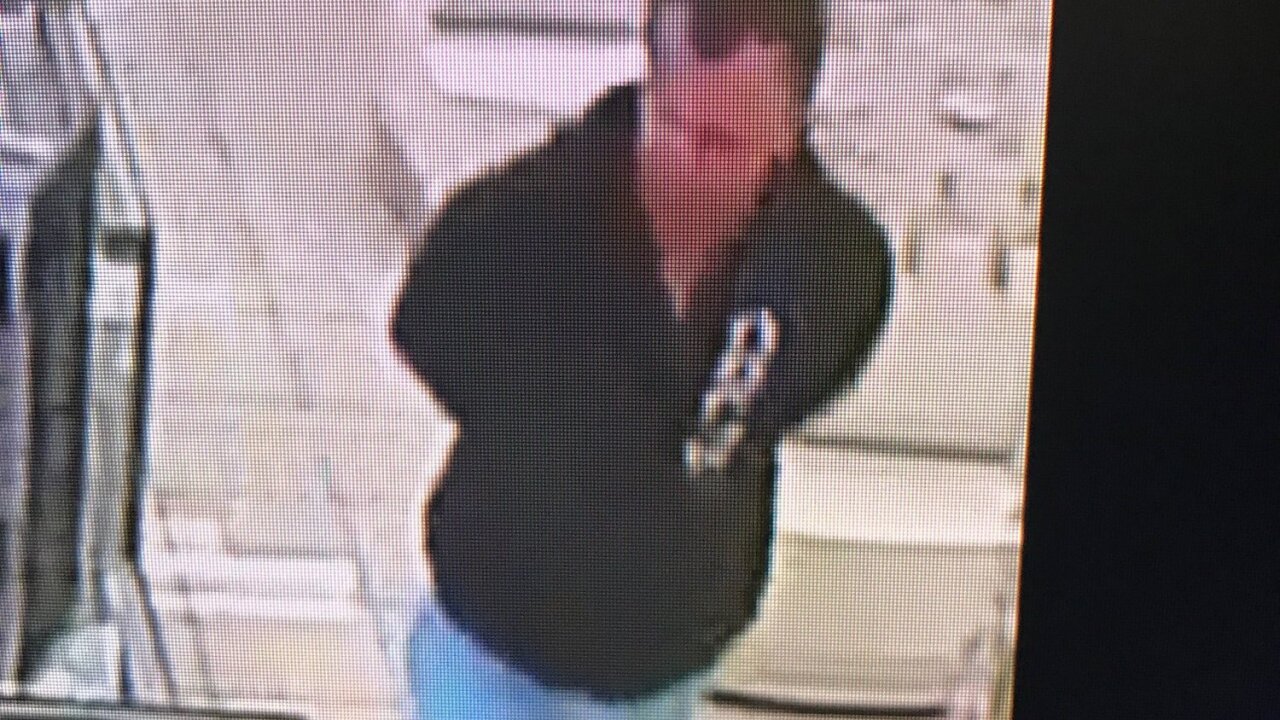 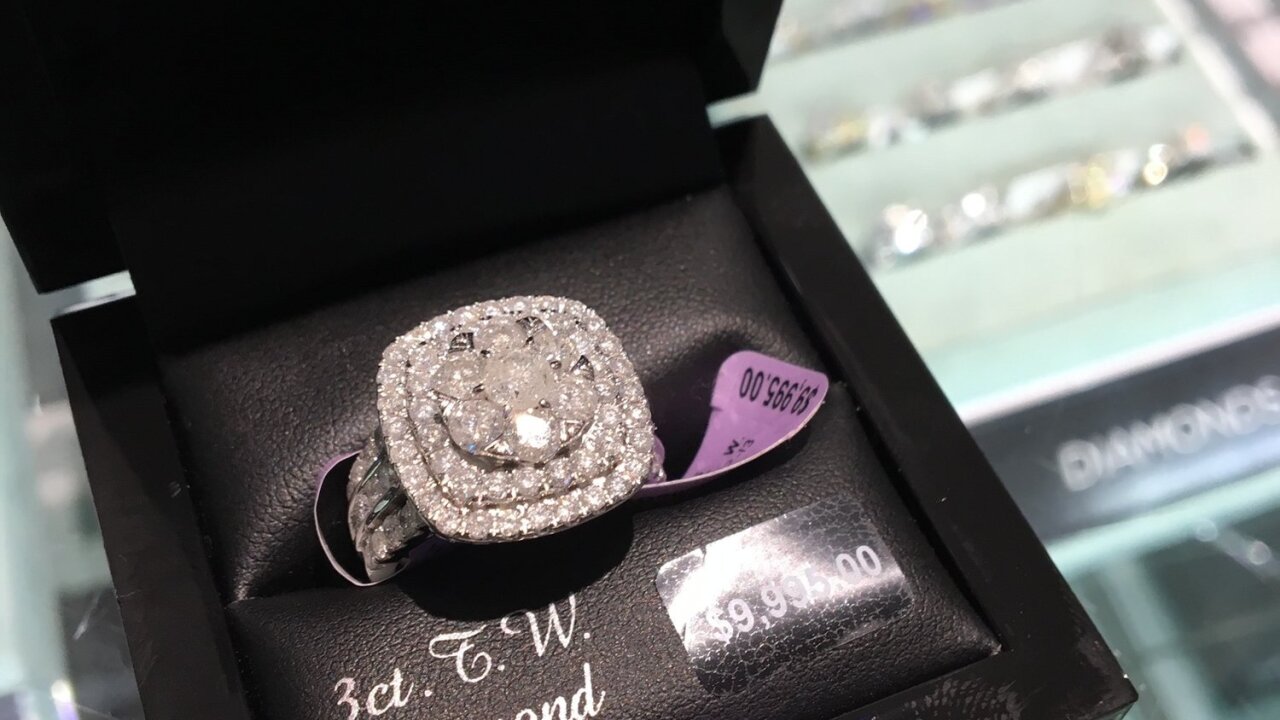 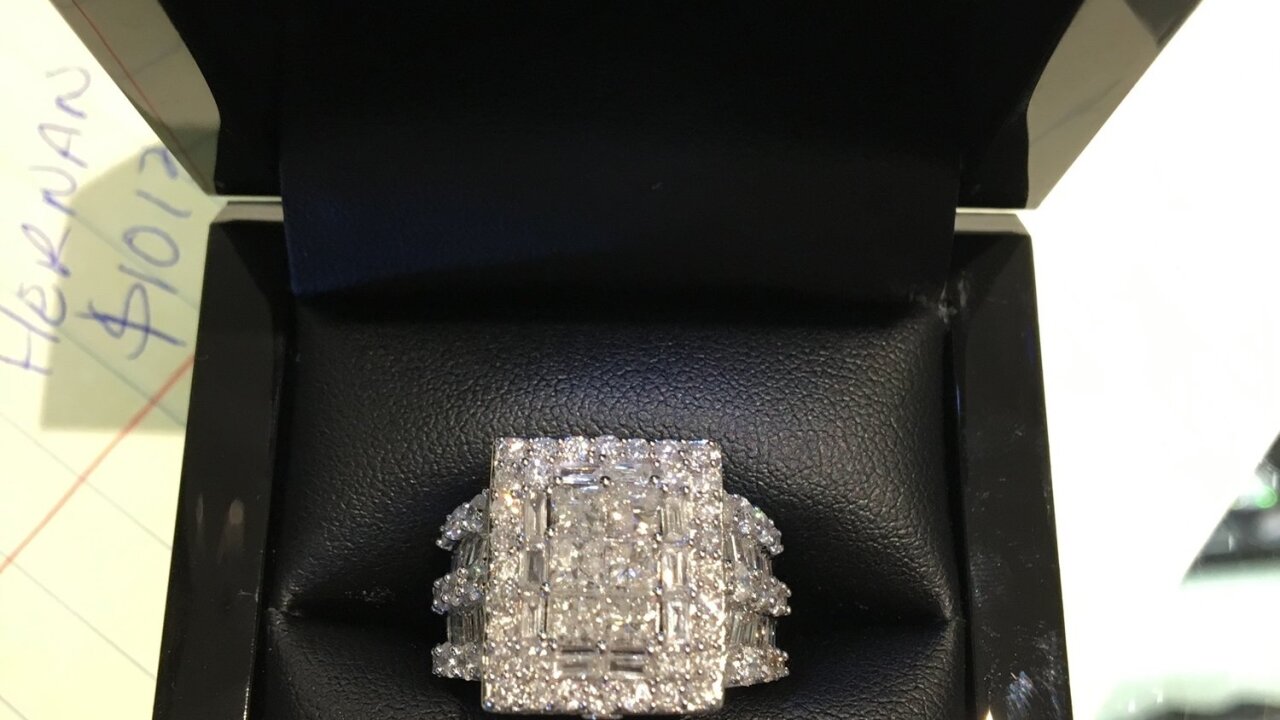 CAPE CORAL, Fla. -- Police are hoping the public can identify a man seen on surveillance video running out of a store with two stolen rings worth over $20,000.

It happened at the Kohl's on Pine Island Road on Friday.

According to Cape Coral Police, the suspect was looking at rings at the jewelry counter for about 30 minutes. He told an employee he would return later with a decision.

About 5 minutes later, the man returned and told the employee he would like to purchase the two rings. He tried one ring on, then grabbed the other ring and sprinted out of the store. Surveillance video shows the man climbing into a white Chevy Tahoe with a sunroof and driving off.

The suspect is described as white, dark red hair with a receding hairline with hair combed down. He was wearing a black sweatshirt with a white design over the left breast, short blue shorts above the knee, and bright green shoes.