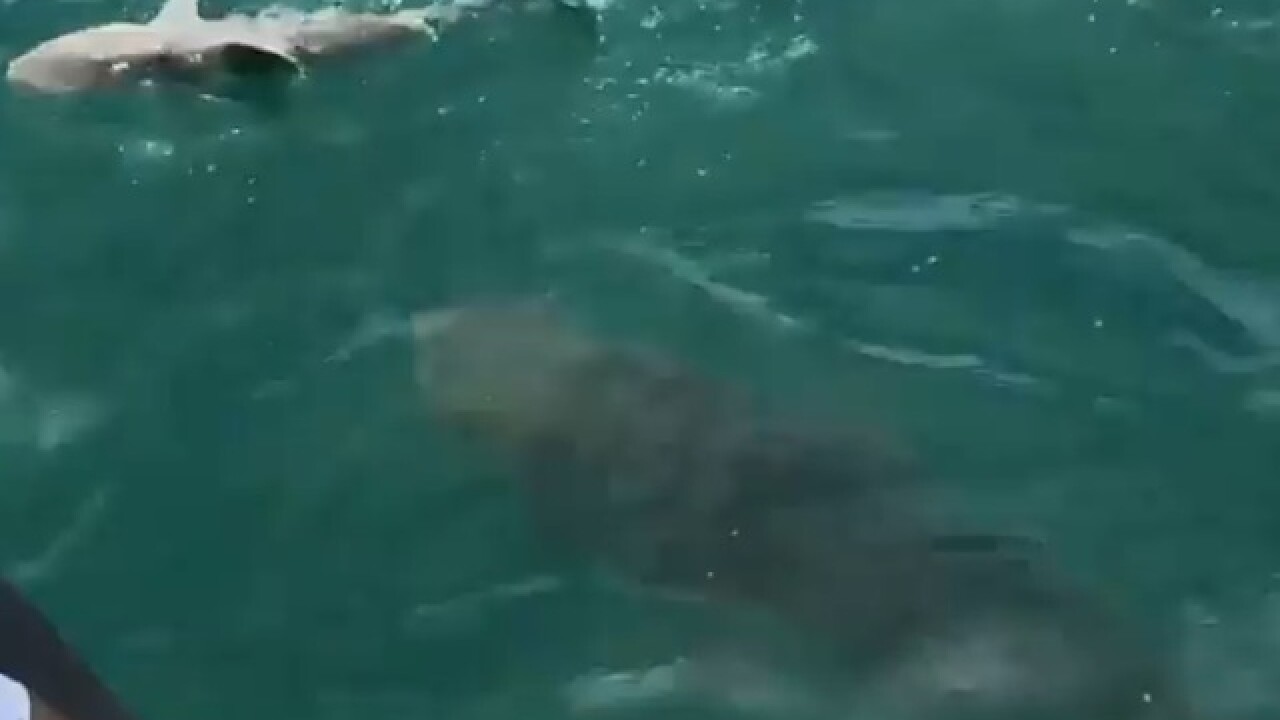 COLLIER COUNTY, Fla. -- Sharks are usually known as an apex predator in ocean waters.  But sometimes nature likes to turn the tide on the predator/prey dynamic.  And that's just what happened on camera in the Gulf of Mexico recently.

It happened last week on a fishing trip about 20 miles offshore out of Everglades City.

A fisherman was hooked up with a small shark and had reeled the fish to the surface when a very large Goliath grouper also swam to the surface.  Much to the shock of the people on the boat, the grouper grabbed that shark in its mouth and swam back down.

Goliath grouper are the largest species of grouper and can get up to 800 pounds.

The state record in Florida was a 680 pound fish caught near Fernandina Beach in 1961.  However, the harvest and possession of the fish has been prohibited in both state and federal waters off Florida since 1990.