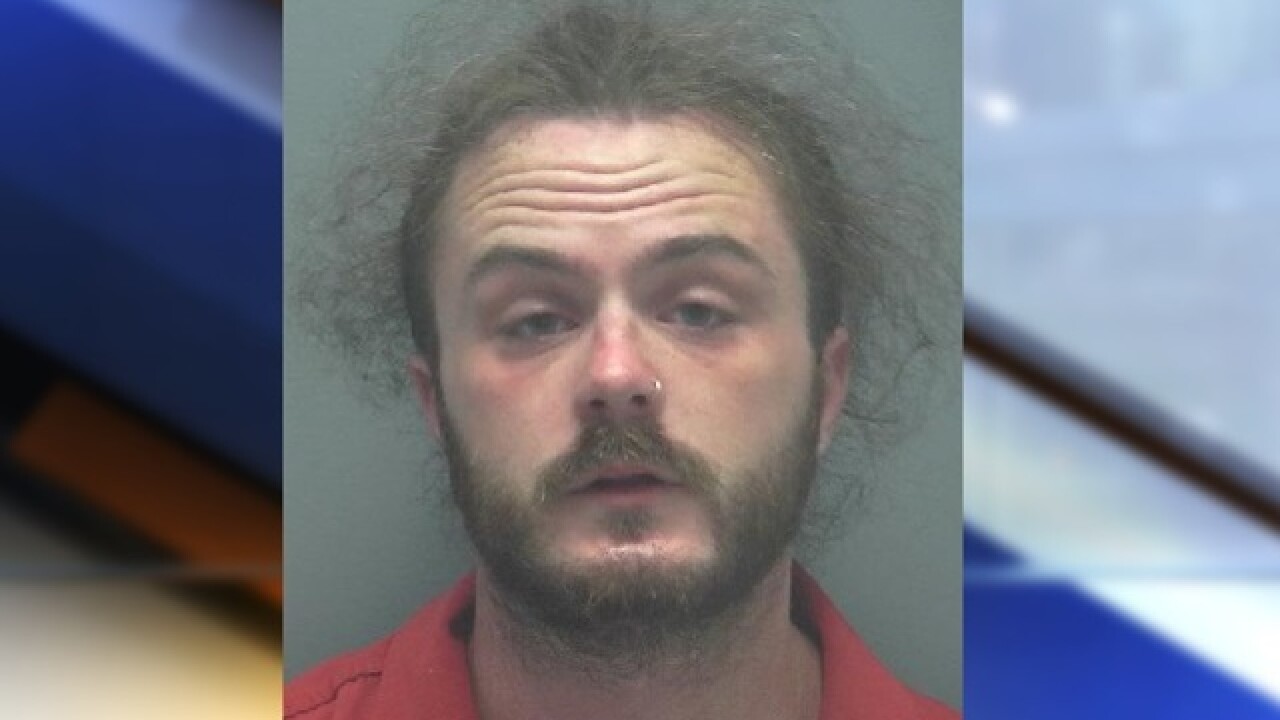 Copyright 2018 Scripps Media, Inc. All rights reserved. This material may not be published, broadcast, rewritten, or redistributed.
<p>Patrick Abernathy</p>

CAPE CORAL, Fla. -- Police were called to a Cape Coral convenience store Monday on a call about a vomiting man, and arrived to find the man in possession of drugs.

According to Cape Coral Police, officers responded to a call reporting a man vomiting on himself in his car, which was parked in front of the Circle K in the 2800 block of Del Prado Boulevard around 11 a.m. Monday.

When officers arrived, they found him inside the store, shaking and sweating profusely.

A search of Abernethy incident to arrest revealed a small baggy of heroin, a baggy of cocaine, a metal container with methamphetamine inside, and a used capped syringe.