Volunteers dig up a lost landmark on Fort Myers Beach 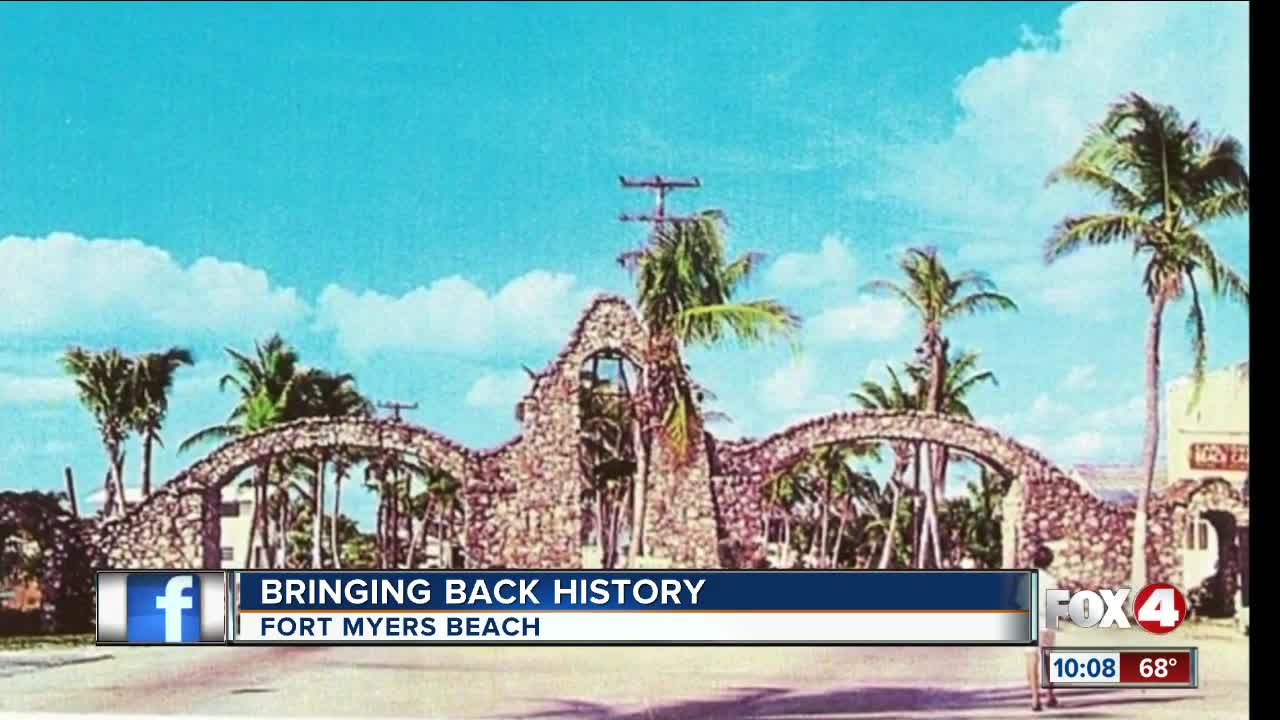 Correction: The Fort Myers Beach Arches were built in 1924.

FORT MYERS BEACH, Fla. -- Volunteers are putting pieces of a historical monument back together.

Later on, a developer came through and tore the arches down - but he saved the pieces and kept them in his yard.

Jane Luchi, Vice President for Restore Fort Myers Beach Arches, recalls the exact moment her mother told her the arches were gone. “‘Where’s those big arches?’ ‘Honey those are gone,’… And I cried,” Luchi said.

Now she is one of several volunteers working to put the pieces back together.

The Fort Myers Beach Arches volunteer group formed over two years ago to bring this historical monument back to the community. “So many Florida communities, beach communities, have lost their identity and have just modernized so rapidly that they look nothing like they were, and they don’t really pay respect to their history,” said volunteer Lawrence Cremia.

The entire neighborhood is filled with pieces of rock from the arches, including in Jerry Martin’s front yard. When he and his wife first moved into their house over 20 years ago, they had no idea the historical significance behind the pile of rocks he saw in his neighbor’s yard. “It’s rare that you look at a pile of rocks for 22 years and all of a sudden it becomes something positive,” Martin said.

The group is in the process of assessing the pieces for 3-D imaging.

Luchi, Vice President of Restore Fort Myers Beach Arches, says the next steps will be to work with Lee County and the City of Fort Myers Beach. “Bring back our arches,” Luchi said.