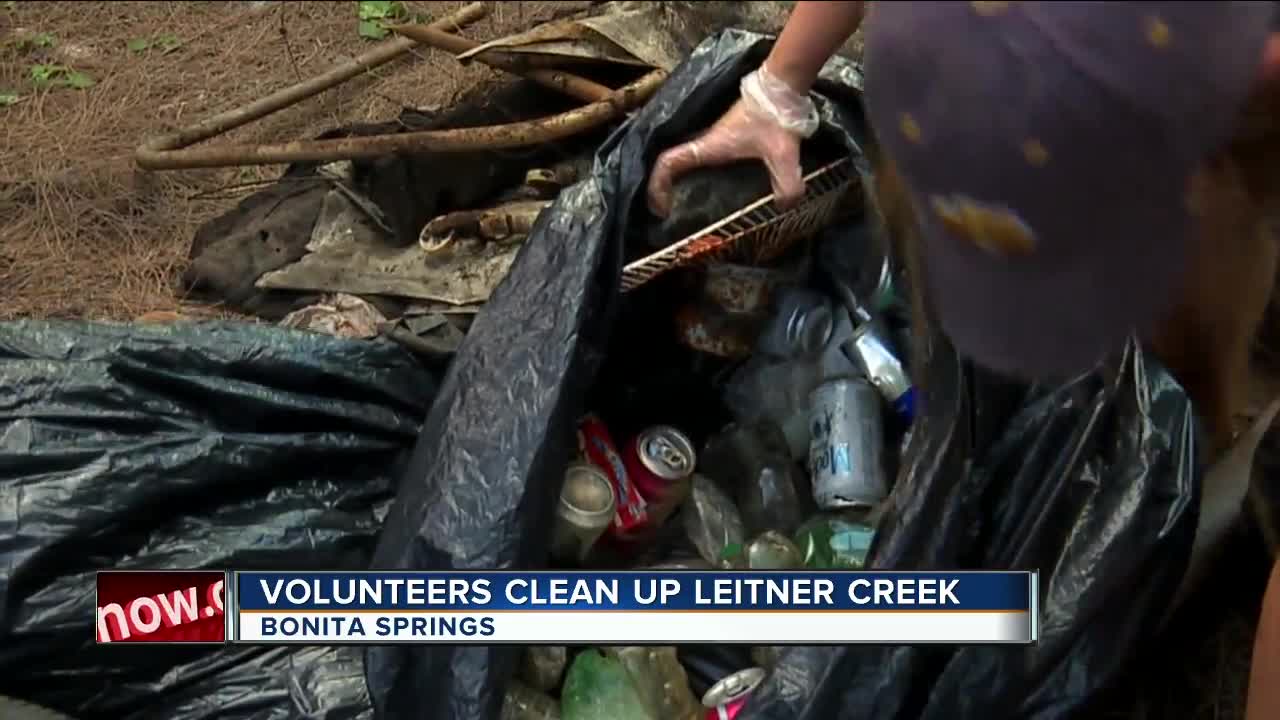 BONITA SPRINGS, Fla. -- The Tamiami Sportsman Coalition, a local non-profit organization, held a cleaning session Saturday morning in which a crew of about 20 people cleaned a waterway near Estero Bay.

BONITA SPRINGS, Fla. -- The Tamiami Sportsman Coalition, a local non-profit organization, held a cleaning session Saturday morning in which a crew of about 20 people cleaned a waterway near Estero Bay.

The President of the origination, Billy Norris, tells Fox 4 he's tired of litter flooding the environment so he's doing something about it. "We have two hand, two feet. We can do something."

Norris says there are six leaders in the non-profit organization and the volunteers do a major cleaning twice a month. The President also mentioned "a meeting is held for the public once a month."

Fifteen Florida Gulf Coast University students joined Norris and his crew. "I was shocked to see how many bottles and how much waste was laying around here," Steve Calabrese told Fox 4. "We saw some TV's, some tires filled full of some disgusting water."

Calabrese says he was happy to be a part of Norris' mission.

Student Erin Quinn told us taking care of the environment was vital for our planet. "It's probably one of the most important things that we can do," Quinn says. "If this becomes disgusting and awful then how are we going to sustain ourselves."

More information about The Tamiami Sportsman Coalition is available on their Facebook page.