Veteran gets USPS job back after 20 years 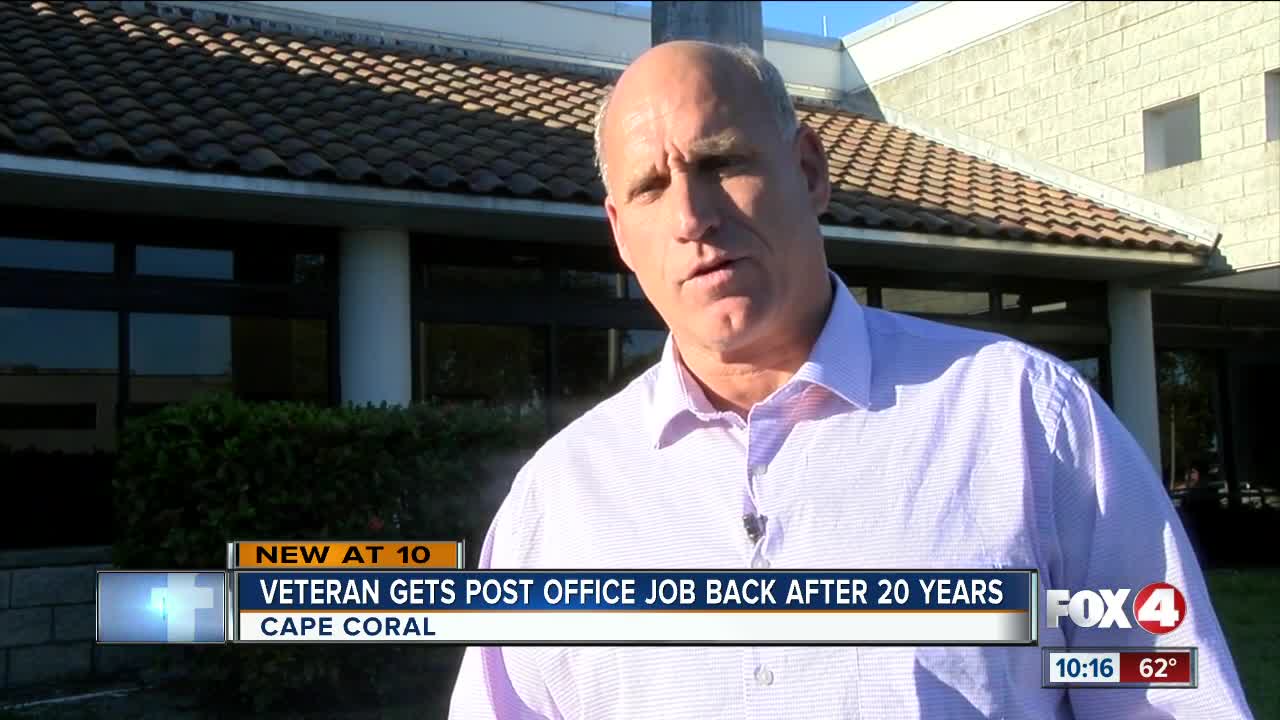 FORT MYERS, Fla. — Richard Erickson was terminated from the Fort Myers post office nearly 20 years ago for excessive military leave, but as of today he finally has his job back.

A former sergeant major in the National Guard and single father to three girls has called on lawyers and activists to fight for his rights.

“I was called out by the president of the United States to protect my country, but they didn’t protect me,” said Richard Erickson.

After years of lawsuits and a long-overdue breakthrough, a judge ordered the Fort Myers post office to give Erickson his job back.

“Its been 20 years for the fight...they are just now allowing me to come back to work,” said Erickson.

He says more still needs to be done including settlements for back-pay and personal grievances.

“That’s only one part of the court order they are supposed to bring me back to work and make me whole for the stuff that I lost,” said Erickson.

He describes his first day back in the office, though things have changed its still a breath of fresh air.

“A lot of them are retired, a lot of people have passed away its been 20 years, so all my friends that I knew are down to very little,” said Erickson.

Erickson uses his story to mentor and inspire other veterans who may be in similar situations.

“Just don’t give up the fight if you see something you are being discriminated against, stand up for your rights and go for it…it may take 10, 20 years but its the principle behind it,” said Erickson.

Fox 4 reached out to the United States Postal service but have yet to receive a response.

Erickson also noted that the Law firm Tully Rinckey PLLC has been working to solve this case pro bono over the last 20 years.

We will continue to track Erickson's story to see if he gets the full resolution he's looking for.