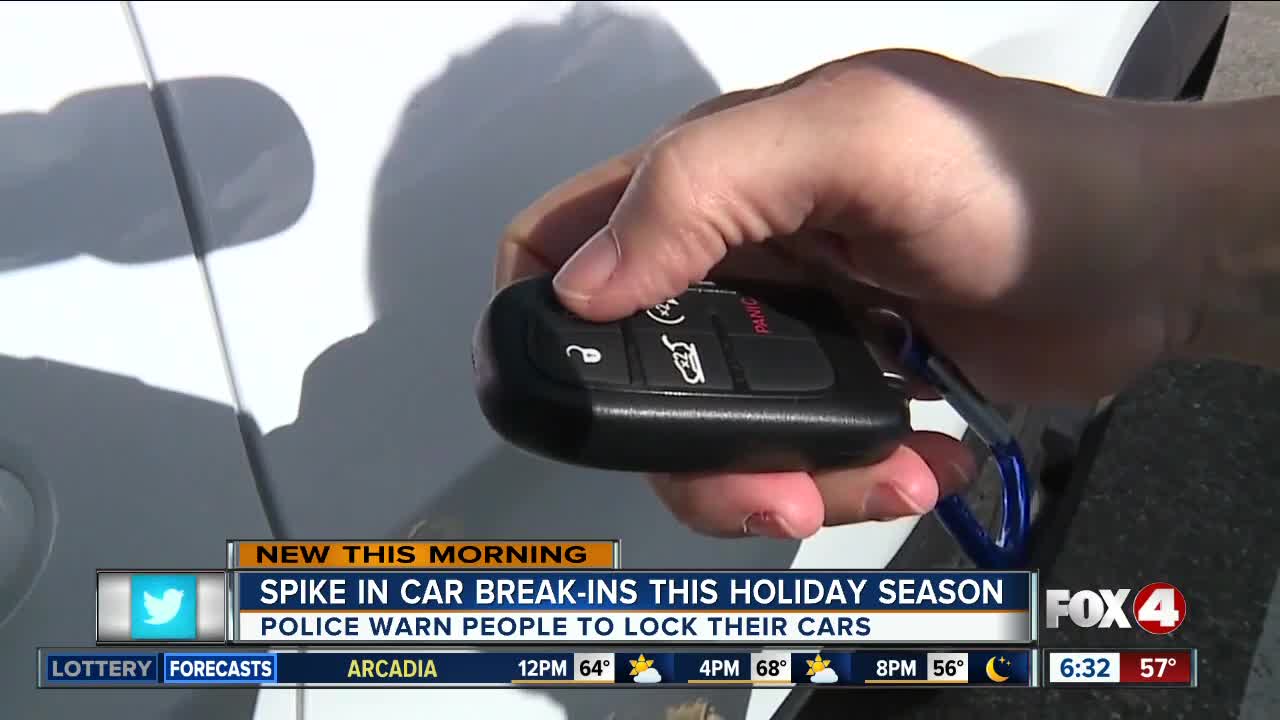 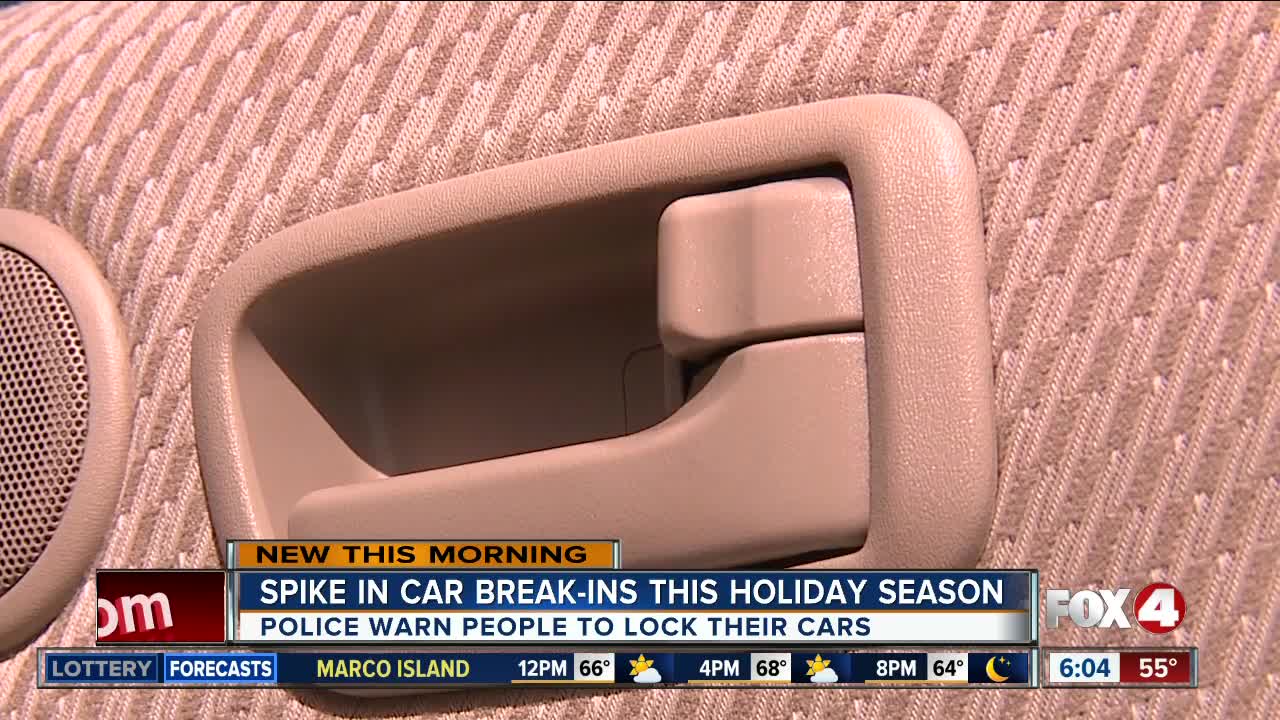 CAPE CORAL, Fla. -- Cape Coral Police said they are seeing an uptick in car break-ins. Officers said in the past two weeks, there have been 20 break-ins. They said thieves are taking usual items, like laptops and cellphones but someone even stole a Christmas tree. Police said most of these crimes happen because people are leaving their cars unlocked.

The thieves are doing something called "car-hopping." It's when they cruise around and just try to open car doors in an area. If it opens, they have easy access to anything you've left inside. Depending on what's in your car, thieves could potentially have access to even more of your stuff.

"If you leave the doors unlocked and you have a garage door opener in the vehicle, they now have access to your house,” said Master Sgt. Allan Kolak, Cape Coral Police. “They can get in through the garage and take anything inside your house also."

Police said lock your cars. They also suggest that if you do leave valuables inside your car, hide them. If your car is locked and a thief wants to break in, they may decide against it if it looks like there's nothing worth stealing.

Police even said some homes were burglarized because doors were left unlocked. "If no one is home and the doors are unlocked, they can get in, take what they want and get out extremely quickly," said Kolak.

If you see anything suspicious in your neighborhood or when you're out running errands, call police.