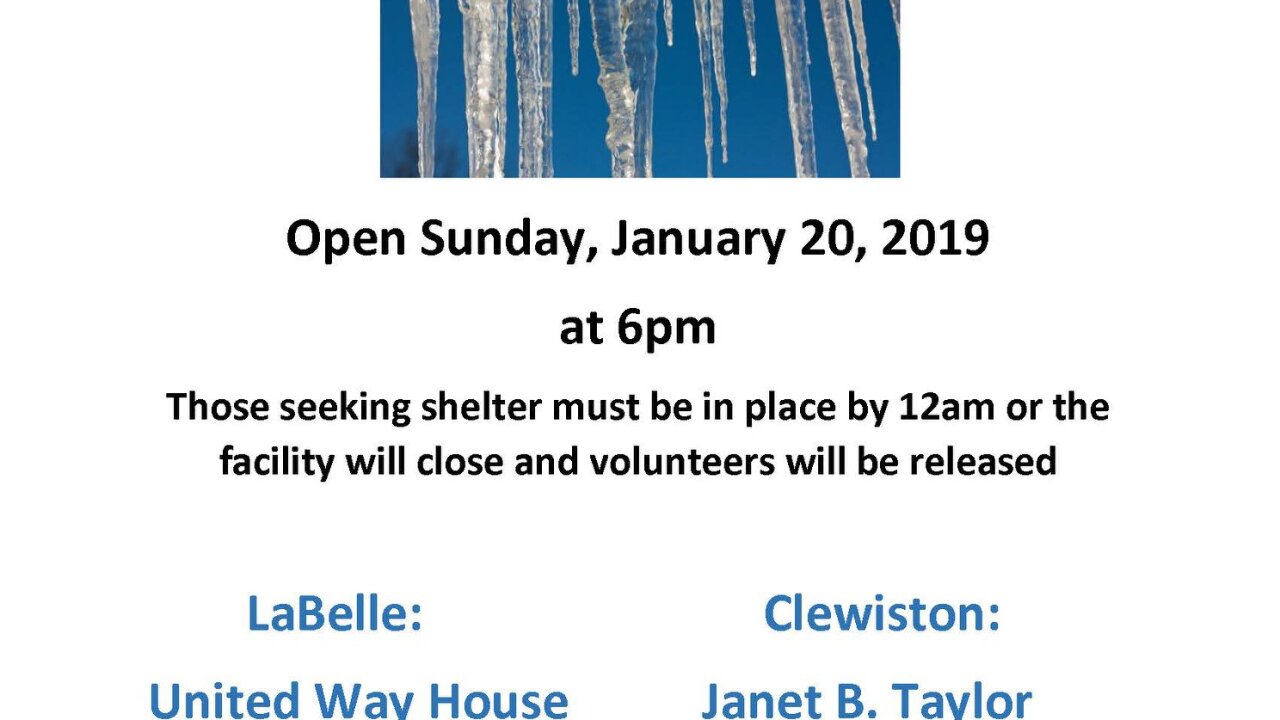 Those seeking shelter needed to be in place by 12:00 a.m. or the facility will close and volunteers will be released.

The first location is in LaBelle at the United Way House on 133 N. Bridge Street. The second location is in Clewiston at the Janet B. Taylor Auditorium on 1100 S. Olympia Street.