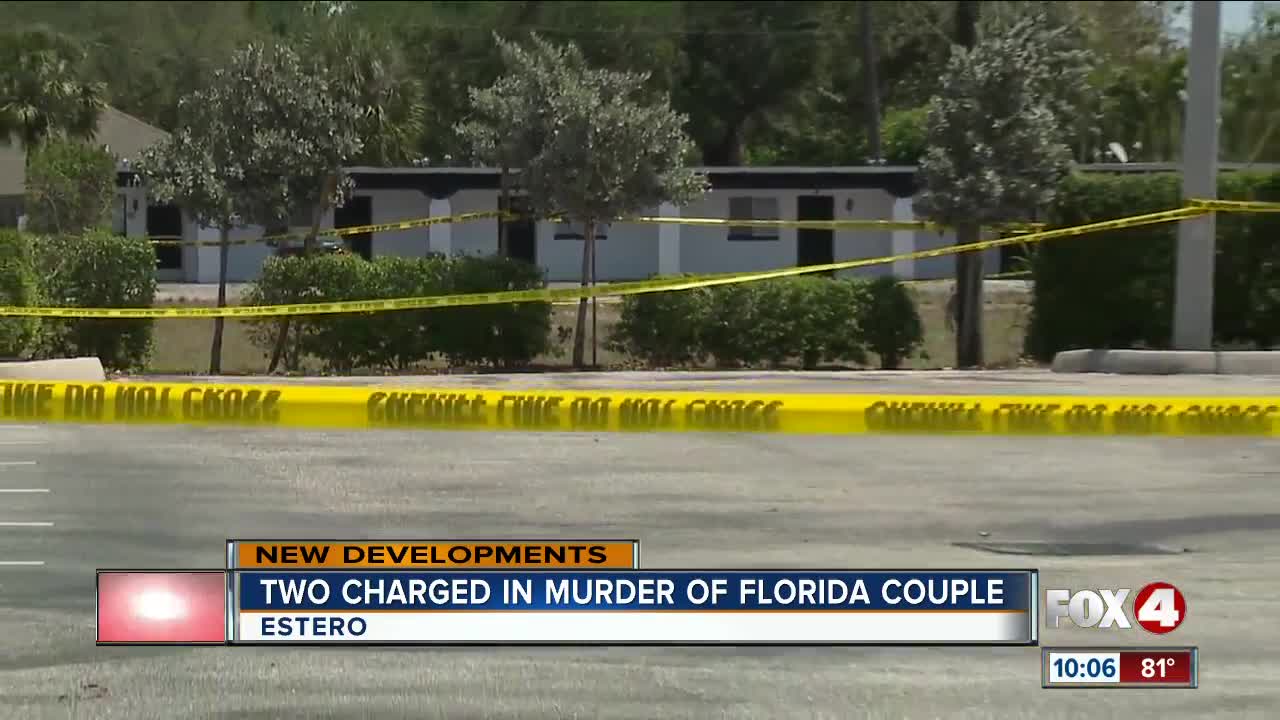 Charges have been filed in the murder of a couple found dead in an Estero office park last year, and the men accused reportedly have ties to extreme right groups.

LEE COUNTY, Fla. -- Charges have been filed in the murder of a couple found dead in an Estero office park last year, and the men accused reportedly have ties to extreme right groups.

According to the U.S. Attorney's Office, the couple in Estero were found dead from gunshot wounds on April 10, 2018 in the Galleria complex off Corkscrew Road . Investigators believe the couple traveled there from Brooksville to complete a firearm purchase from someone who listed them for sale on the website Armslist.

Investigators believe that 22-year-old Alex Zweifelhofer and 29-year-old Craig Lang murdered the couple and kept their $3,000 intended for the sale.

Zwiefelhofer is detained in Madison, Wisconsin, pending his return to the Middle District of Florida in Ft. Myers. Lang is currently in custody in Ukraine on a provisional arrest request from the United States.

Lang has apparent ties to U.S. soldier Jarrett William Smith, who was arrested by the FBI this week for a plot to bomb a news network and allegedly targeting presidential candidate Beto O'Rourke.

According to ABC News , authorities said Lang was a "mentor" to Smith, and the pair have been in contact since 2016. Lang is facing other federal charges over alleged ties to the terrorist group al-Shabab in East Africa and groups fighting against the Venezuelan government.

ABC News says Lang and Zweifelhofer, who is also an Army veteran, met in Ukraine in 2017, where they both fought with the Right Sector. They later traveled to Kenya because they wanted to fight the al-Qaeda-linked group al-Shabab there, Zwiefelhofer allegedly told authorities. But when the pair then allegedly tried to enter South Sudan , they were stopped and sent back to the United States.