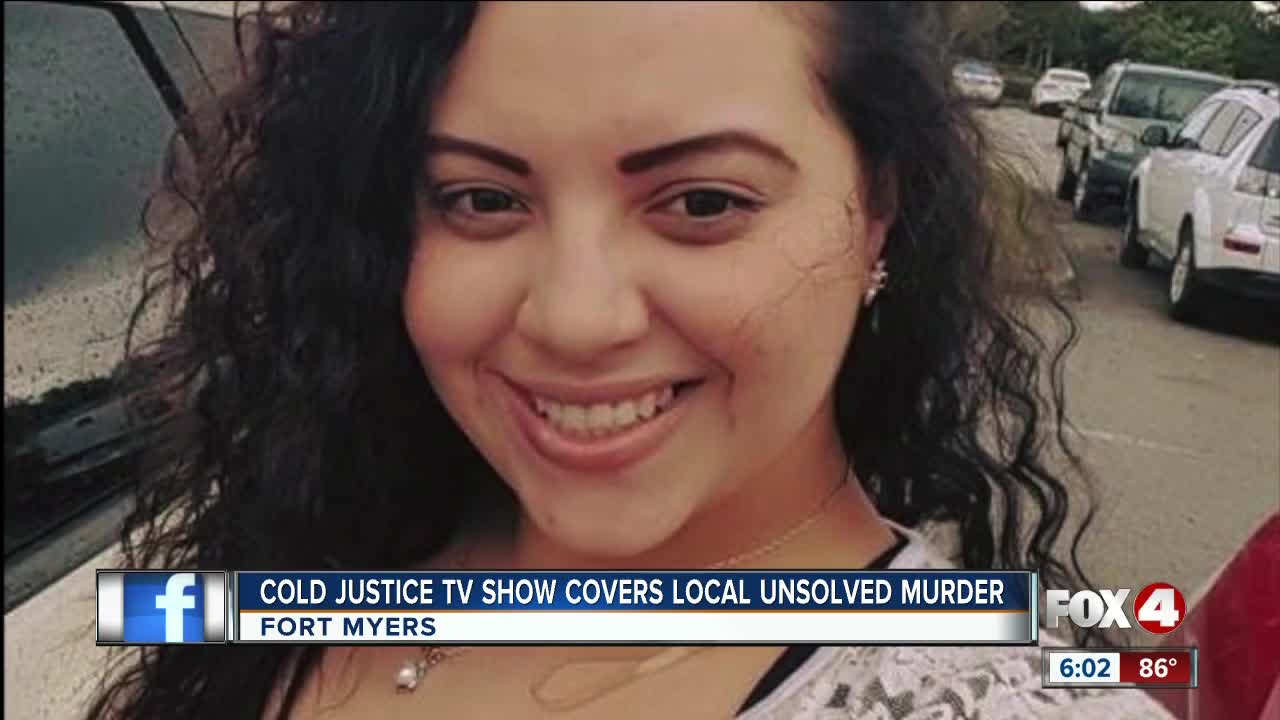 The murderer of Heyzel Obando, 25, is yet to be arrested, more than three years after the young Fort Myers mother was found shot to death in 2016 at her home on Crestwood Lakes Avenue. Now, the TV program "Cold Justice," dedicated to solving cold cases, is trying to help catch Obando's killer.

FORT MYERS, Fla. — A murderer is yet to be arrested, more than three years after a young Fort Myers woman was killed in her apartment. Heyzel Obando, 25, was found shot to death on February 14 2016 at her home in the Maple Crest Apartments, on Crestwood Lakes Avenue. Now, a popular television program dedicated to solving cold cases is trying to help catch her killer.

On May 31, former prosecutor Kelly Siegler of the Oxygen Channel show "Cold Justice" began working with investigators from the Fort Myers Police Department to try to solve Obando's murder.

"It's a really tragic case to read," Siegler told Fox 4 on Friday. "When you read it, it's just one of those cases where you think, 'with just a little bit more effort and concentration and push, it can be cleared.'"

Siegler and the "cold Justice" crew wrapped up their production in Fort Myers on Friday. It's their third cold case in the city. The first two resulted in arrests and convictions.

"One guy is serving life without parole," Siegler said.

However, she could not say whether or not "Cold Justice" was able to help Fort Myers investigators target a suspect in Obando's murder.

"They're in the middle of deciding that right now," she said. "I would say stay tuned, because we're all hoping the final answer, and justice, can come very soon."

Siegler said her program allows investigators to focus exclusively on one case.

"In the real world, cops don't get the luxury if working on cases one at a time," she said. "We force two assigned detectives to only focus on one case with us while we're here. You wouldn't believe the results that happen when you have the luxury of doing that."

She said she's encouraged by the fact that the case is only three years old.

"People are still around, they're alive, they have their memories," Siegler said. "And they're motivated to help. You don't find that in all cold cases."

Obando left behind two children when she was killed.

Fort Myers mayor Randy Henderson said he is grateful that "Cold Justice" came back to the city to try to bring their mother's killer to justice.

"I'm optimistic, I'm encouraged," Henderson said. "It just helps the overall effort of giving us the best chance to give families closure on these awful, awful events."