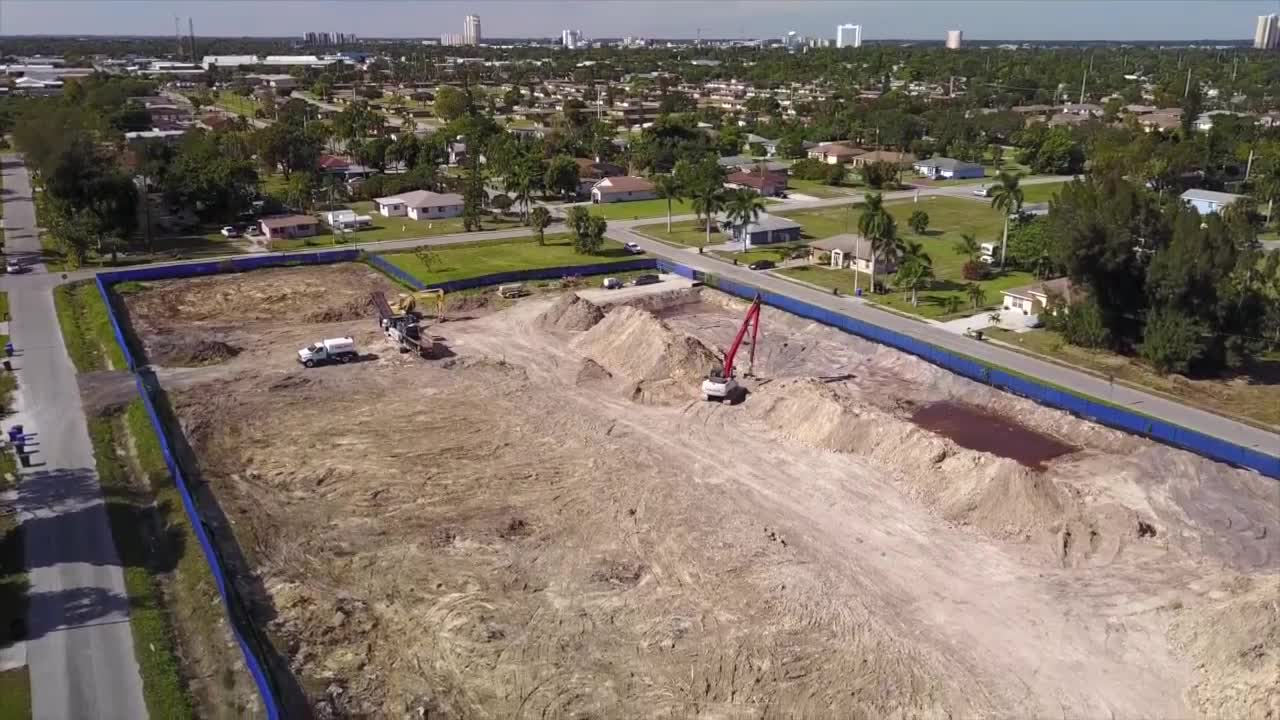 An aerial view over the construction site on November 29, 2018. 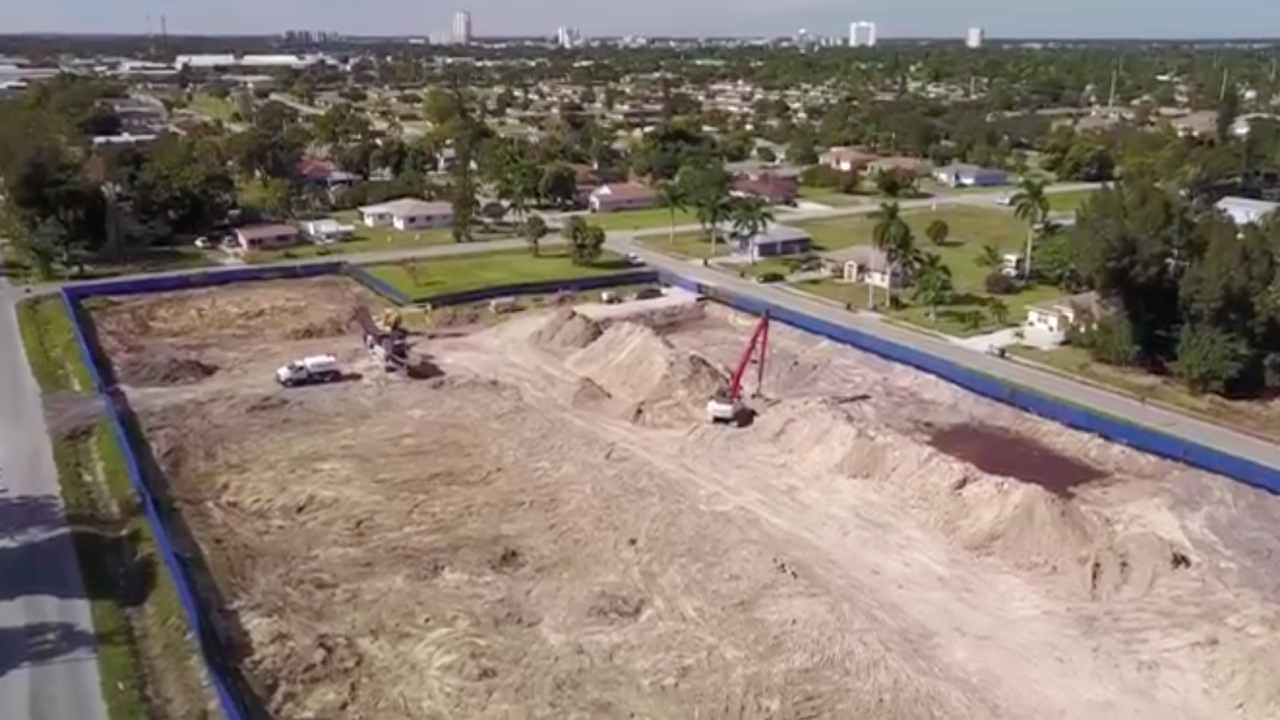 FORT MYERS, Fla. -- The truckloads of toxic sludge that has been removed from a contaminated site in Dunbar now has a closer destination in state.

The sludge had been en route to a cement plant in Theodore, Alabama via dump truck, but that plan was nixed this week due to practical reasons.

The company that's transporting the sludge confirms that there are now plans to instead ship the material to a site in Mulberry in Polk County, Florida run by Clark Environmental.

All that's needed now is approval from the DEP.

According to the plan filed with DEP, upon arrival at Clark Environmental, the sludge will be blended with sawdust and Portland cement to make the material suitable for landfill disposal in Bartow, Florida.

Theodore, Alabama is approximately 650 miles away. Polk County is just 115 miles away.

Beth Clark with Clark Environmental also notes that the DEP ruled that the sludge was safe to stay on the Dunbar site, but the city opted to remove it to bring peace of mind to nearby residents.

The toxic material in question was by-product from a wastewater treatment plant was dumped there in the 1960’s. Some 20,000 cubic yards of sludge was dumped on the now-fenced in site off South Street..