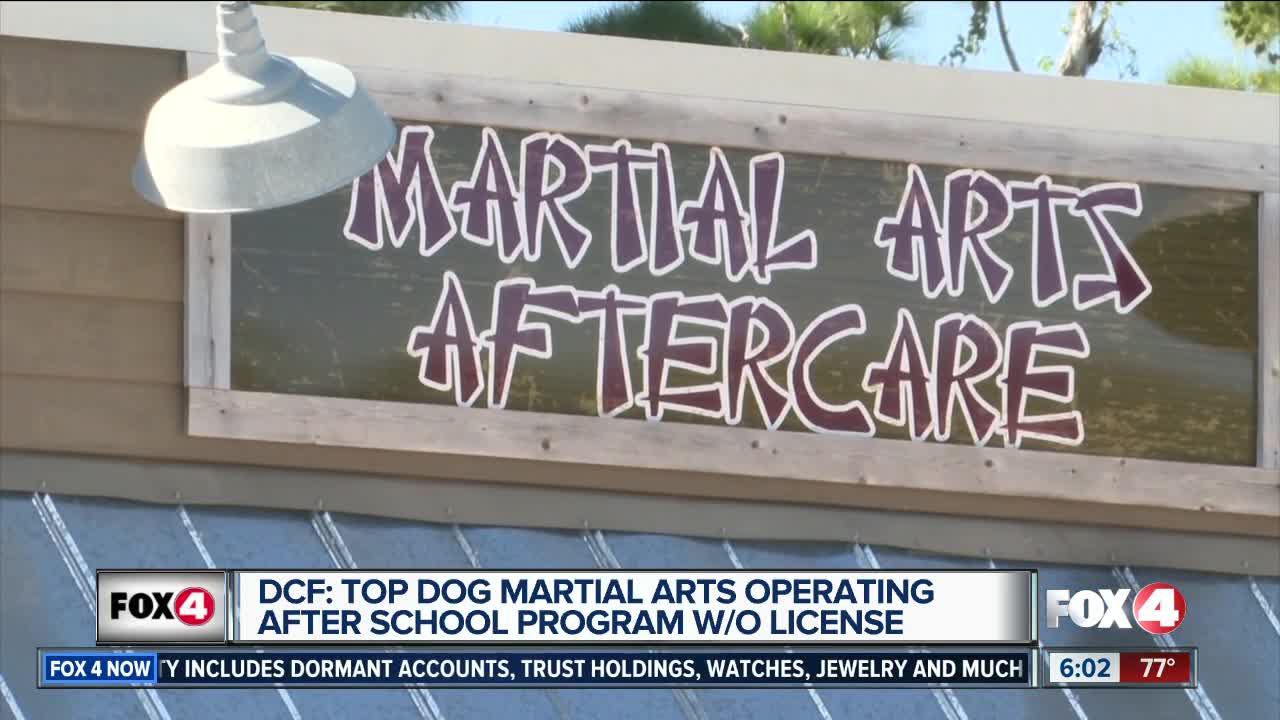 The Department of Children and Families said they're doing a child protective investigation at Top Dog Martial Arts in Port Charlotte.

PORT CHARLOTTE, Fla. — The Department of Children and Families said they're doing a child protective investigation at Top Dog Martial Arts in Port Charlotte. They also said they're investigating Top Dog for operating as an after school care program without the proper license.

The doors were locked at Top Dog when Fox 4 went there for answers regarding the investigation Thursday.

Becky Bailey’s kids don’t take any martial arts classes, but even if they wanted to, she said she won’t let them go to Top Dog.

“When you drop off your kid, you feel that your kids are going to be safe,” she said. “If they’re under investigation, for the safety of the children, maybe they should just close. Just until it’s done.”

Master Osvaldo Casta at World Martial Arts Academy has been teaching martial arts for 23 years. He said transparency is the best way to keep the kids safe there.

“They’re constantly supervised, all the time. Parents are welcome to come and sit down and watch the classes,” he said.

Chastity Kosnik’s son Hayden goes to World Martial Arts Academy. And she said she did her research before signing him up. She said she asked several parents who’ve taken their kids here and took Casta’s years of experience into consideration. She said her son feels safe, too.

“He’s really happy when he comes out, so I know that nothing is going on,” she said.

Casta offers classes after school, too, but said he doesn’t operate as an after school care facility like Top Dog.

“We don’t do things that other facilities do, like daycare centers or things like that. All they do is come here and take the classes,” he said.

Other child care services in the area have their license numbers posted outside, like Children’s Christian Center…just a few doors down from Top Dog.

DCF said some after school programs are exempt from their license if they have a contract with a local school or district and don’t provide meals for the kids.

You can look up child care licenses on myflfamilies.com.