To build or not to build: Canadian developer wants to drain Fort Myers wetlands for new community 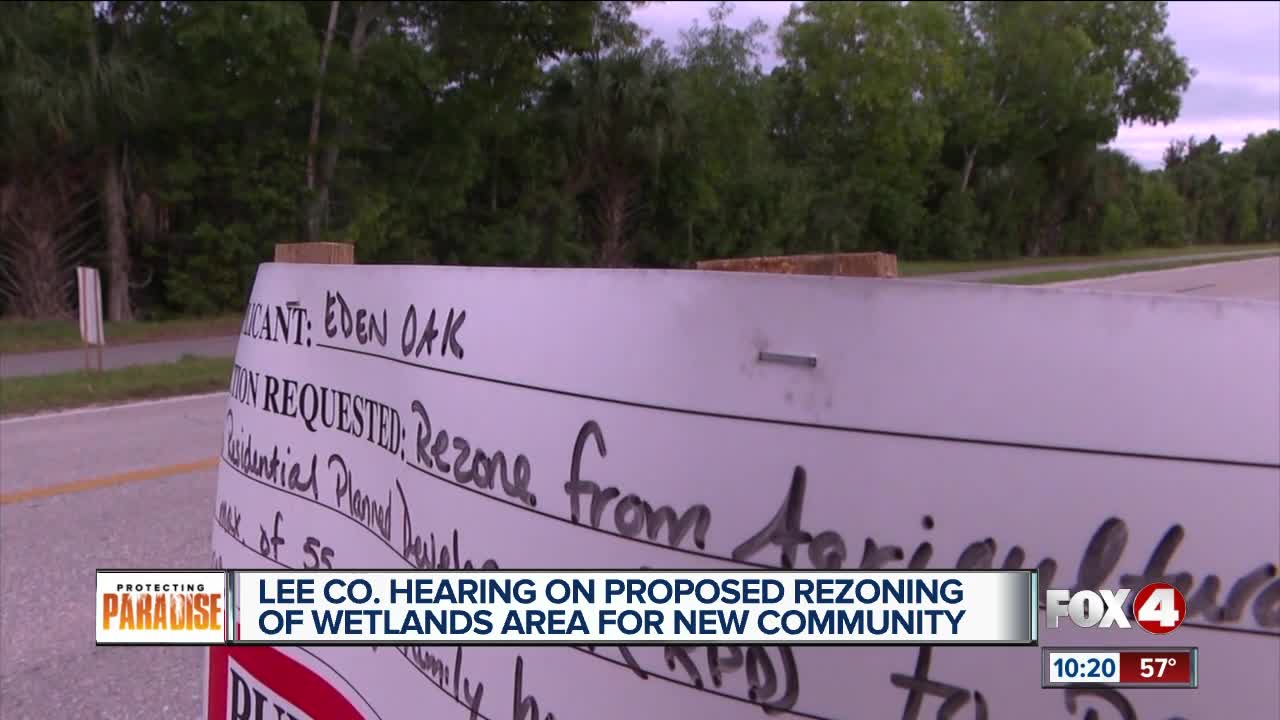 To build or not to build: A Canadian developer wants to drain Fort Myers wetlands for new community. They are waiting for permission from the Lee County Commissioners before they can begin construction.

FORT MYERS, Fla. — A big decision is coming down the pipeline for the Lee County Commissioners.

They'll soon have to decide if they'll let an out of town developer build more than 50 new homes on Fort Myers wetlands.

But before the Canadian developer can break ground on the project, called Eden Oak, they need the county to rezone that land from agricultural to residential.

It's a decision that has been met with so much push back, that the county is holding hearings before it makes its final decision.

Dozens of people who are against the plan, like Ralph Clark, showed up to speak at a hearing on Tuesday.

"I live on beautiful wetland right now, so for me it would be a big change and I would not be at all something that I would like to live on," said Clark.

It's a move that staff with county zoning department have also recommended be denied, because it doesn't align with the county plan to protect wetlands and wild habitats.

Once these hearings are done, a recommendation would be made to Lee County Commissioners, who will make the final decision about the future of that land.

We've reached out to representatives for the development company and haven't heard back.