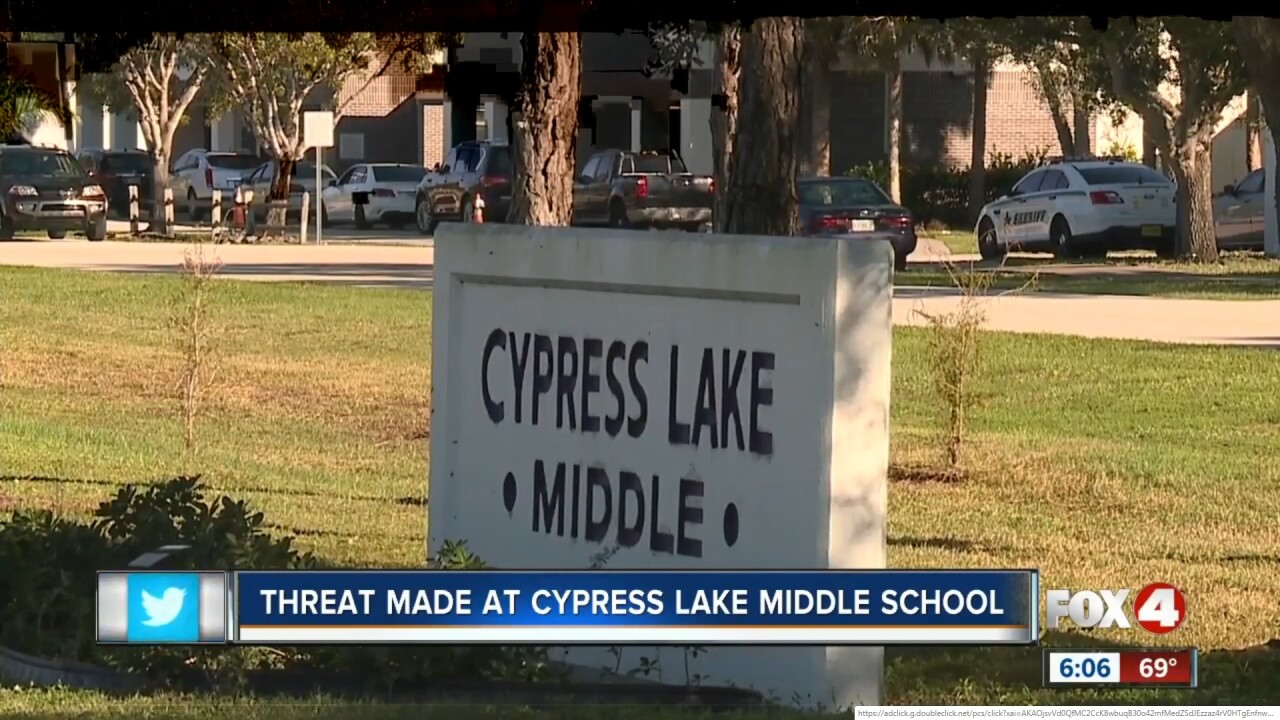 FORT MYERS, Fla. -- Authorities are asking for help tracking down who wrote a school shooting threat on the wall in a Cypress Lake Middle School bathroom this week.

According to Southwest Florida Crime Stoppers, it happened Wednesday in a boys restroom, where a handwritten message stated “I’m going to shoot the school.”

School Resource Officers and detectives immediately began investigating the threat and talking to students in hopes of identifying the person responsible. Several students were interviewed by detectives, however the student who wrote the threat is still unknown.

Crime Stoppers is hopeful that students at Cypress Lake Middle will do the right thing and report what they heard or know anonymously. Although the threat has been deemed non-credible, there will still be legal repercussions on the person responsible for writing the message.

Just last month, a 13-year-old boy at Cypress Lake Middle was arrested for a similar message on a bathroom wall.

“Parents are encouraged to have a conversation with their students about the serious impact of making threats of violence at school,” said Trish Routte, Crime Stoppers Coordinator. “While some students may think it’s a joke, or a prank, making a threat of violence can get them suspended from school, at the very least, or even land them in jail.”

Anyone with information on the threat made at Cypress Lake Middle School this week is asked to call the Crime Stoppers hotline at 1-800-780-TIPS (8477). All callers will remain anonymous and will be eligible for a cash reward of up to $3,000. Tips may also be made online at www.southwestfloridacrimestoppers.com [southwestfloridacrimestoppers.com] or on the P3Tips mobile app.