The search continues for missing Cape Coral woman on her birthday 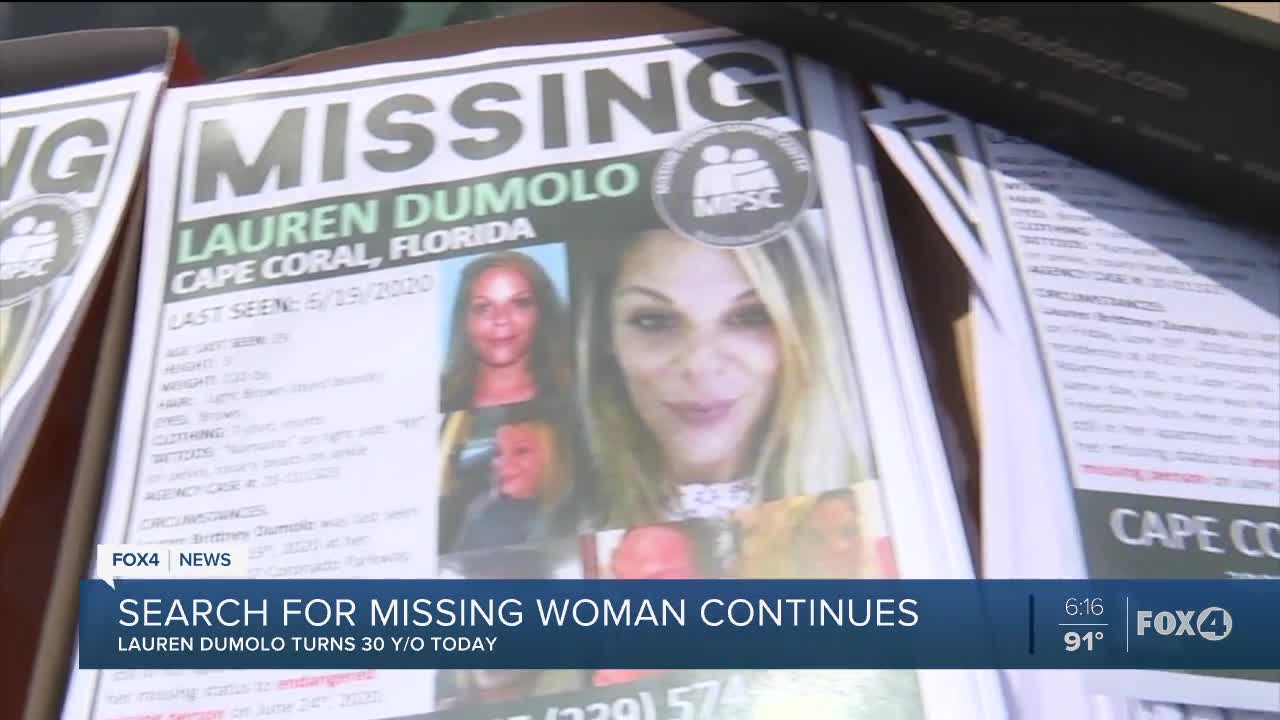 CAPE CORAL, Fla. — The search continues for a missing Cape Coral woman on her birthday.

Family and friends of Lauren Dumolo shared Happy Birthday messages on social media with the hashtag #BringLaurenHome for her 30th birthday Tuesday.

Lauren has officially been missing for 25 days. She was last seen near her apartment on Coronado Pkwy June 19 in Cape Coral.

In the wake of her sudden disappearance, there have been very few clues explaining her whereabouts.

Community members are stepping up and continuing to search for Lauren through search parties and posting information on social media.

One tip that made its rounds on Facebook, was posted by a woman referencing the ‘feeling’ she and a few ‘Medium’ friends had about Lauren's possible location.

The post detailed a four-door red car, alligators, and high-vegetation as a description to where they believe Lauren might be found.

"The use of mediums in police work, I have my reservations about that. The police don’t necessarily rely on mediums, they rely on simple facts of what they find," said Zalisko.

This is because statements like this are too general and not based on concrete evidence.

"There’s a lot of Japanese cars out there. Red ones. Most people may have dark hair. And were in Florida! Everything is alligator-infested here. So that’s kind of a general statement that’s not really specific," said Zalisko.

Cape Coral Police say they do listen and investigate all tips provided to them.

Lauren Dumolo is considered to be an endangered missing person and if you have any information regarding her disappearance please contact the Cape Coral Police Department.