Teenager hospitalized after an ATV crash in Lehigh Acres 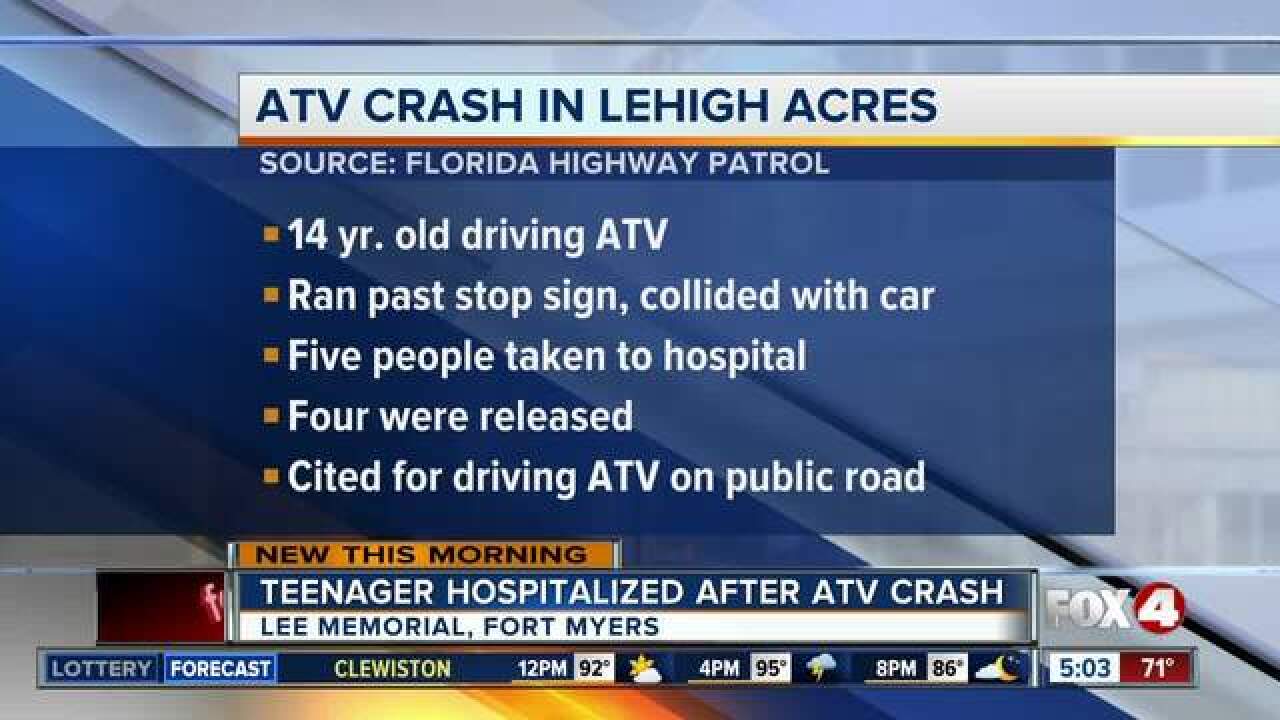 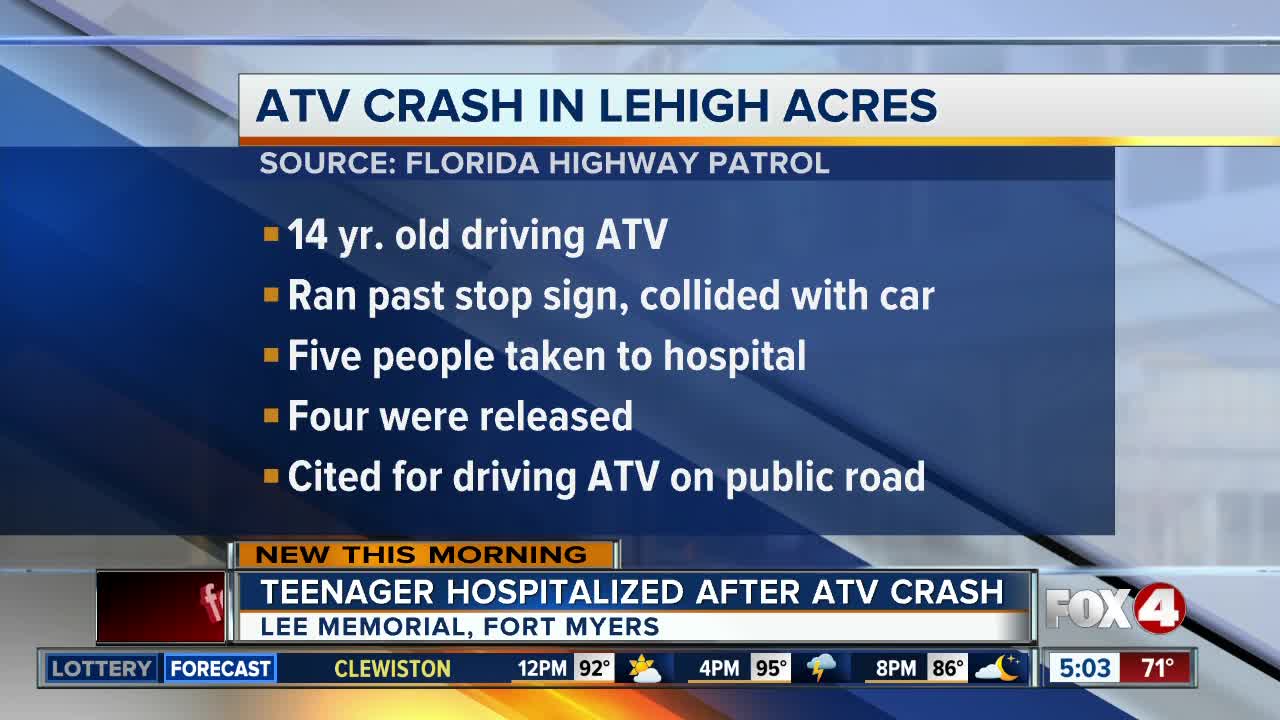 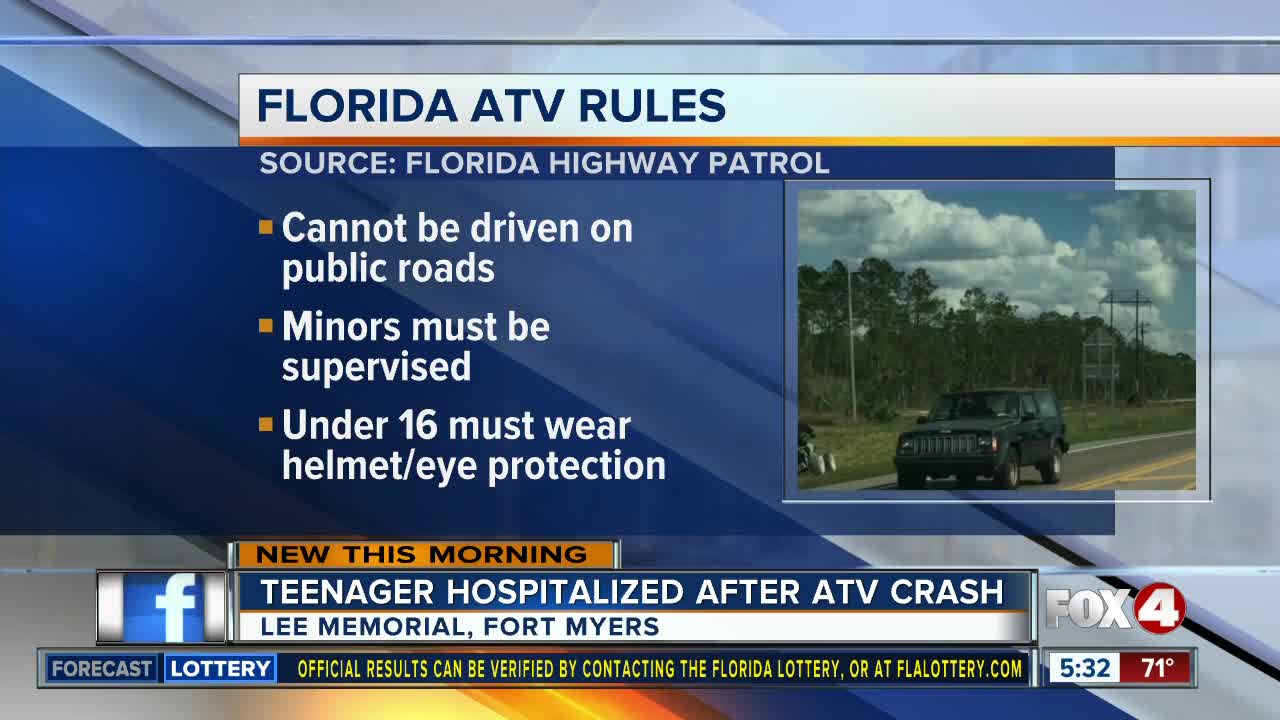 An ATV crash sent five people to the hospital over the weekend in Lehigh Acres.

A teenage boy who was driving the ATV is still in the hospital. Florida Highway Patrol says the teen had to be life flighted to Lee Memorial in Fort Myers.

The crash happened at around 8 p.m. Saturday at the intersection of Jaguar and Eisenhower Boulevards.

FHP says the 14-year-old driver ran past a stop sign and crashed into a car, causing it to overturn. Three people were inside the car. They were taken to the hospital as a precaution but were released.

FHP says the passenger on the ATV was a 15-year-old and was not wearing a helmet. That teen was also taken to the hospital. However, the 15-year-old is okay and was released.

As for the driver, we are working to find out the extent of his injuries.

FHP says the driver has been cited for illegally driving an ATV on a public road.

Lt. Greg Bueno says it’s important to follow the rules of the road and be safe on an ATV. He says ATVs are off road recreation vehicles only. It’s illegal to drive them on public roads, streets or highways.

He says there are several laws that need to be followed when driving and riding an ATV. Minors must wear a helmet, even though its recommended everyone does for safety. No one under the age of 16 is allowed to operate an ATV, unless they wear a helmet and eye protection. A minor is allowed to drive an ATV if they are under the supervision of a licensed driver.

ATVs may be used during the daytime on an unpaved roadway where the posted speed limit is less than 35 mph.