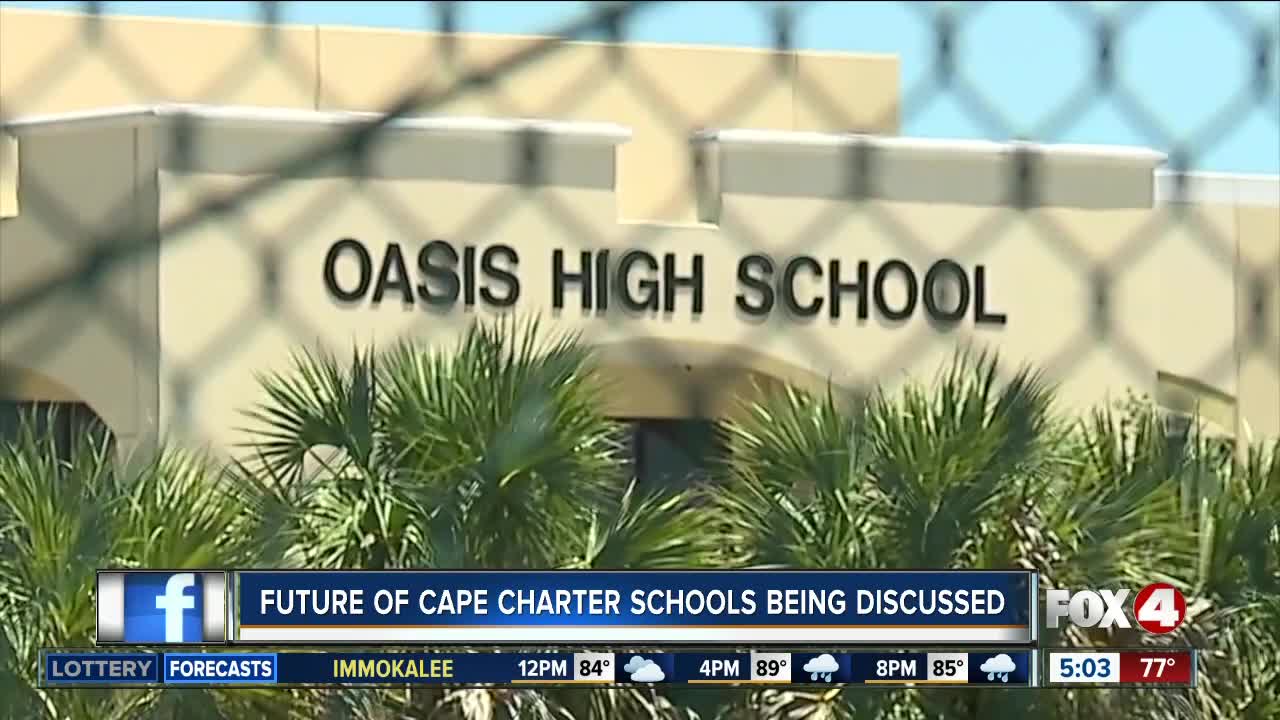 The City of Cape Coral is meeting Monday to figure out what to do about its charter school system, saying it’s unsustainable. City Manager John Szerlag says the Cape Coral Charter School Authority is running out of funds. It’s considering new options to cover the $60 million debt anticipated after factoring in total principal and interest.

The city is digging itself into debt to pay for the buildings of these charter schools. An analysis of just how bad the issue is showed it will total more than $60 million when you factor in total principal and interest. That's because of the lease agreement on these buildings. The debt service on them is $3.2 million per year.

Projections show that the schools will be below the 5% fund balance required by 2024.

The question isn't what to do with the students, it's the buildings. Even if the kids were sent to public schools the city is still on the hook for all that money.

The Lee County School District has already said that it could take the students but not the buildings, saying it would cost too much to renovate them to the state standards for public schools.

Other options on the table include taking out a long-term loan or leaning on taxpayers.

That's despite the fact that when the Cape Coral Charter School Authority was established in 2005, the community was promised no general fund money would go toward the schools.

One way the city has tried to justify the possibility of tapping into taxpayer dollars is by arguing that charter schools enhance the quality of life in cape coral. The city has specifically pointed out that all of its charter schools have an “A” rating. That's impressive, considering a charter school management company the city consulted with and decided against hiring currently manages five lee county charter schools, none with “A” ratings.

The city has also pointed out that it currently does not charge for administrative staff costs.

These are things like fleet management, building maintenance and budgeting. Another recommendation on the table is entering into a management agreement where the city manages all of these functions.