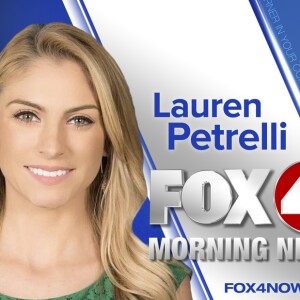 LEE COUNTY, Fla. -- Time and time again, we hear your concerns about the Lee County school bus system, and we dug deeper to find out what the school district does with your complaints.

We met with district leaders to find out what is being done to improve the system.

“Getting those kids to school on time is our main goal. The challenge we face every day are the same ones you face on the road.”  Rob Spicker, the Lee County School District spokesperson, said buses deal with the same problems you face on your commute: congestion, construction, and weather.

However, Spicker said there have been fewer complaints this year compared to past years.

“This year is one of the best years we’ve ever had. 'Where’s the bus' app has been a huge part of that. Another big help was replacing our fleet,” said Spicker.

So let’s take a look at the numbers. Spicker said there are 50,000 student bus riders in the district.  There are 755 buses, 733 full-time drivers, and 111 substitute drivers, and only 17 serious complaints this school year.

“A serious issue is a continual late bus. There are also reports of speeding, of texting and driving. There is a log of who called and who responded. We don’t want things to go unhandled,” said Spicker.

Garcia recalled one day where the bus dropped students late, and another parent’s child wasn’t even on the bus. Thankfully, they found the student safe. Incidents like this leave Garcia’s 2nd-grade daughter feeling anxious.

“It hasn’t affected their school work, but they have taught them stranger danger. So she gets worried, if she is put off at the wrong bus, what is she supposed to do,” said Garcia.

Other parents who weren’t willing to go on camera said they’re also having issues, like buses not showing up after they’ve already dropped their kids off at their stop.

More importantly, Spicker explained there could be a bigger reason behind some of these issues, such as substitute drivers.  “A sub driver is going to take the route differently. They are going to take it a little slower.”

Spicker explained many bus drivers get discouraged from some of the negative stories.  “Our drivers are passionate. Some of them quit and some of them don’t come back.“

Garcia and many other parents say it’s not the drivers they blame though, it’s the school district.  “I don’t think it’s their fault. They’re just doing what they are told to do,” said Garcia.

Moving forward, Spicker said there are a few things that could smooth out this bumpy road.  He mentioned how the district released the 'Where’s the bus' app this school year, which helps parents track the school buses.  He encouraged even more parents to sign up.

“The app has been a huge help. 8,600 families have signed up for it. We wish more families would sign up because it eliminates a lot of confusion.“

Second, the district is working their budget to replace buses, which means more dependable rides for students.  “Replacing buses gets working into the budget. If we can get the CPA grant, well that’s money we don’t have to pay back. Last year we got 10 that way, and this year we are hoping for 20.”

And finally, Spicker stressed if there is an issue, working together is the best way to fix it.  “When we hear from our parents we take those complaints seriously. We’ll do what we can we’ll arrange our bus stops, fix the stops, arrange the schedules whatever we can.  But at the same time, we have 50,000 other students to worry about.”

Garcia agreed, getting on the same page is the best solution.  “I think the school, the transportation, and the parents all need to work together.  I think that would make everything run a lot smoother.”