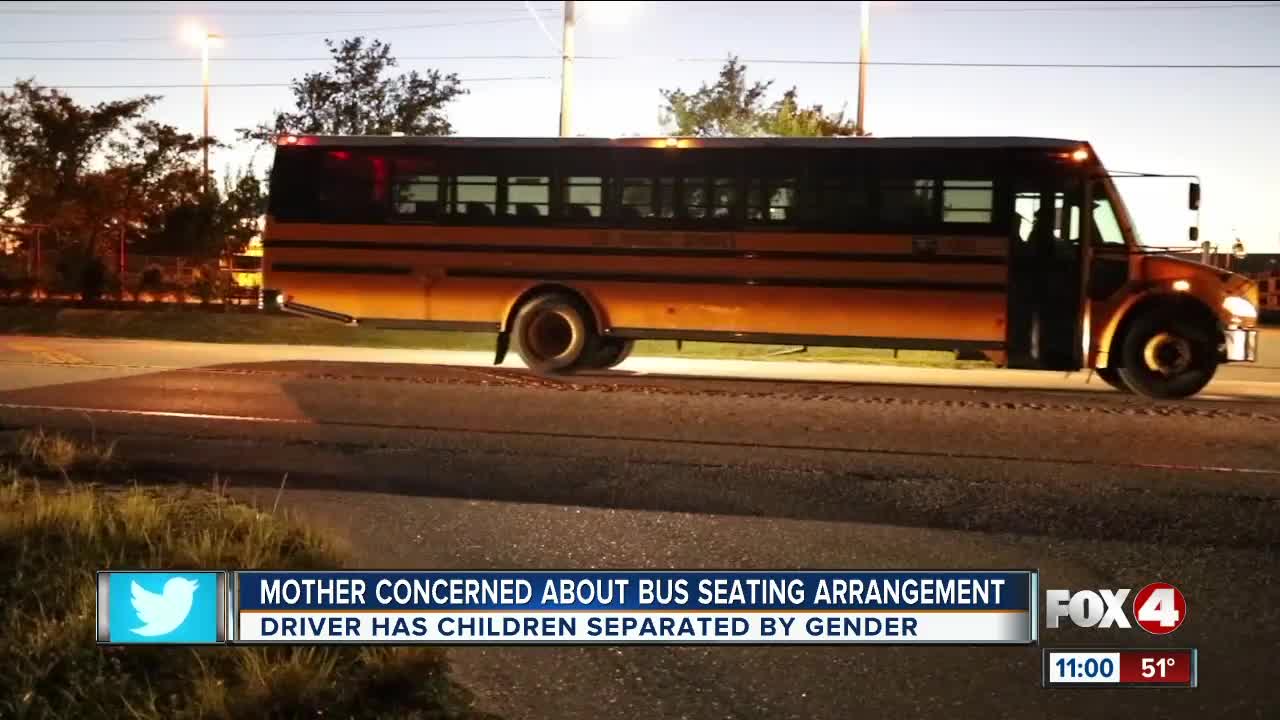 LEHIGH ACRES, Fla. - A SWFL mom took to Facebook, after her son told her that his bus driver separated the boys from the girls.

We saw a post and tracked down the mom behind it, who said she was upset that the driver created the rule.

"Boys on one side...girls on the other. I just thought that it was kind of strange."

Multiple parents posted, and it was clear that many questioned whether the driver had the authority to make the rule.

We checked with the district. They do.