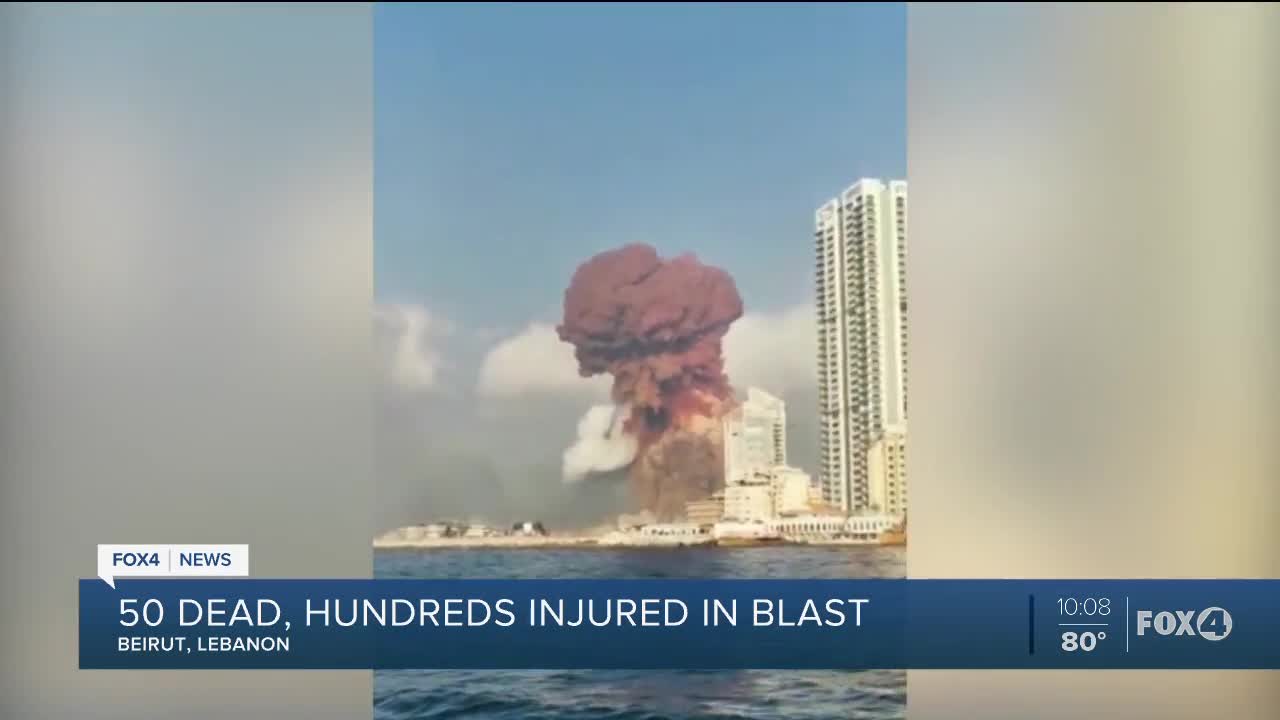 A Naples restaurant owner tells Fox 4 that his sister suffered minor injuries after an explosion rocked the capital of Lebanon on Tuesday.

NAPLES, FLA — A Southwest Florida business owner says his sister is lucky to be alive after a deadly blast rocked Lebanon's capital city of Beirut on Tuesday.

Nabil Bassil owns Moura Bistro in Naples and says as soon as he heard about the explosion, he picked up the phone.

"The closest [person] that lives right there, right now is my sister. So, I took the phone and called her right away and she didn't pick up," he said.

After a tense day of waiting, Bassil says he finally got a hold of her.

"By the end of the day I did speak to her. She was talking to me and of course she was really tired, shook, wounded," he tells FOX 4.

Bassil says his sister is also a business owner, but her business was destroyed in the explosion.

He adds that people are now comparing the incident to another infamous blast in history.

"People are saying that this is 'Beirutshima' referring to Hiroshima. The mushroom that covered the entire city. The entire capital was humongous," Bassil says.