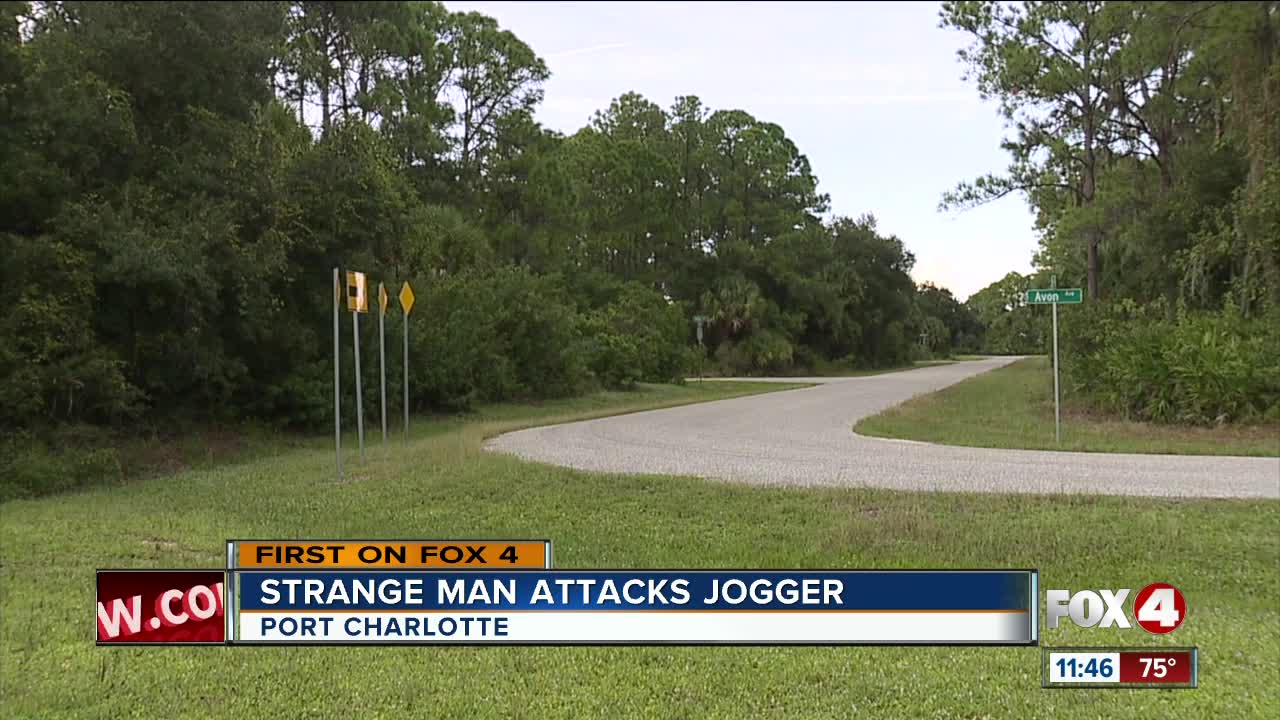 An early morning runner told police she was attacked while at Ollie's Pond Park. Detectives believe there was a similar incident a couple of weeks prior.

CHARLOTTE COUNTY , Fla. — The Charlotte County Sheriff's Office are looking for anyone with information about an incident that happened near Ollie’s Pond Park 6:45 a.m., Thursday morning.

Deputies says the attacker grabbed the woman from behind and tried to drag her into a wooded area.

She was able to get away, with only minor injuries.

The suspect is described as a man wearing a gray hoodie, gray pants, and a knit ski mask.

It's news that shocked neighbors in the area.

They're encouraging everyone to use these safety tips.

"Use the buddy system and have someone with you, which I am going to do in the future," said Cozi Ingerham, who frequents the park, "And just keep your eyes open. I know a lot times people walk with both earbuds in so you don't know even hear if someone is running up behind you because you've got music or something else on."

The sheriff's office says this may not be the only attack like this in Port Charlotte.

They believe there was a similar attack two weeks ago.

Detectives are asking anyone who knows anything about these attacks, or who may have security footage of the attacker, to please contact Detective Cox in Major Crimes at 941-575-5361.