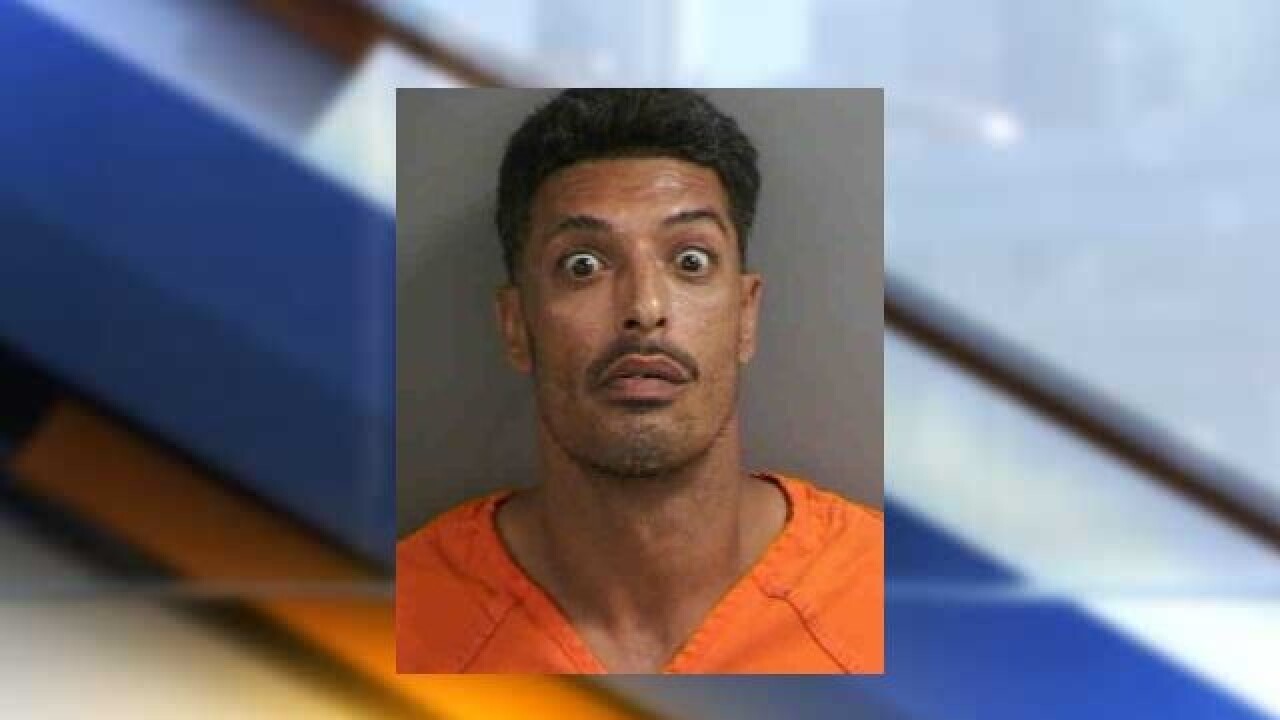 NAPLES, Fla. — The Naples Police Department responded to a call regarding a male suspect playing with his genitals at a Naples Condo.

A police report stated the victim lived on the second floor of the condominium, and her back porch overlooks the pool and the pool deck.

The victim stated she walked out to the porch and sat down to drink her coffee; at that time, she observed a Hispanic male described as wearing a red sweater and no pants or underwear standing by the pool.

The suspect's penis and buttock were completely exposed.

The victim stated the suspect looked up at her and said "This is what you do to me" and proceeded to walk over to a lounge chair and laid down on the chair, the suspect stated, "This is where you sit." The suspect lifted his legs and played with his penis and masturbated.

The victim stated she screamed and called 911.

The victim stated she had never seen the suspect before but that she regularly took a morning swim in the pool.

The victim stated the suspect said, "this is where you sit." The victim observed the suspect sitting in the pool chair she regularly uses. She felt this was the suspect explaining how he was stalking her and had watched her on previous occasions.

The victim advised she swam in the morning and used that very lounge chair.

The victim had not been outside her condominium that morning.

An officer and the victim were able to identify the suspect as Jousua Echezarreta, 39.

Echezarreta was arrested and charged with: Expose Sexual Organs (vulgar/indecent manner or naked in public) | Loitering or Prowling | Resisting Officer Without Violence to His Person | Stalking Simple / Without Threats.