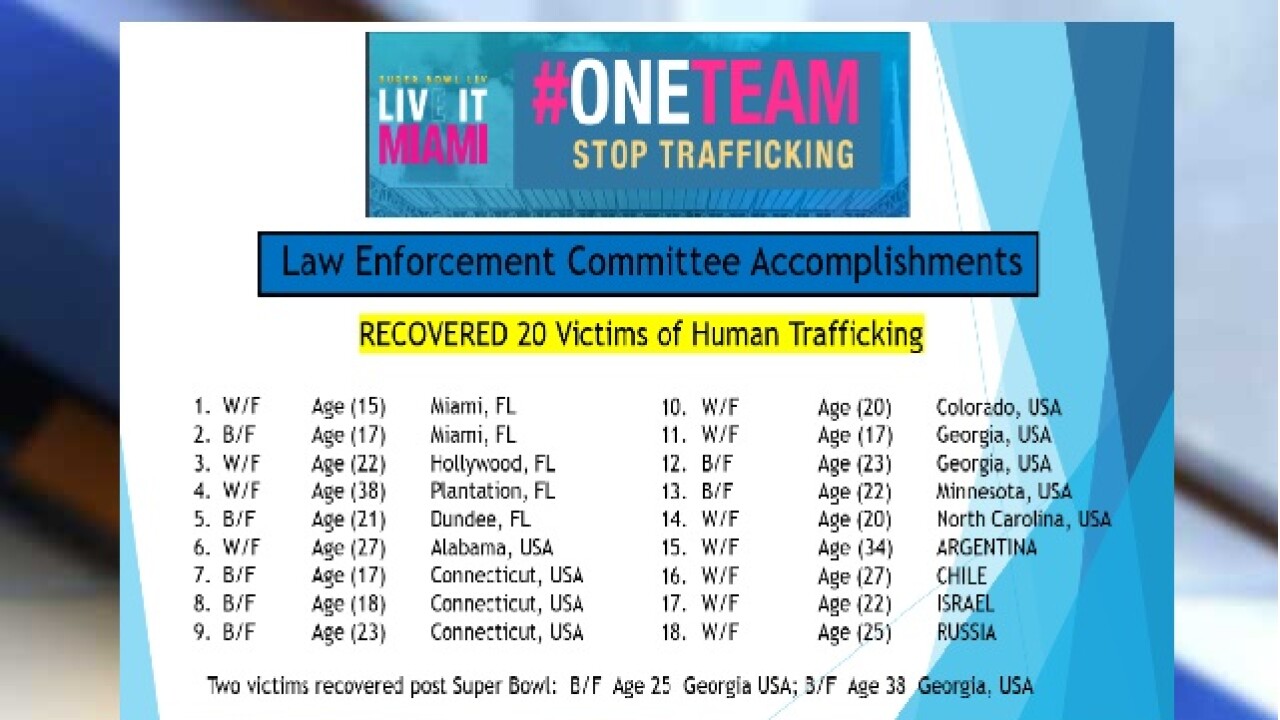 MIAMI, Fla. — Great efforts were taken by multiple agencies throughout South Florida during the Super Bowl to combat Human Trafficking, and the results are in.

State Attorney Katherine Fernandez Rundle of the Eleventh Judicial Circuit in Miami-Dade County send out a press release commending the efforts made by the Miami-Dade State Attorney’s Human Trafficking Task Force, the United States Attorney’s Office, the FBI, Department of Homeland Security, and Miami-Dade, Miami Beach and City of Miami Police Departments as well as other local law enforcement agencies

As a result, they were able to recover twenty victims of Human Trafficking.

Four of those victims were residents of Miami-Dade or Broward Counties.

Sixteen victims were from other states and four foreign countries.

Eight buyers, or “Johns,” were arrested, and 34 accomplices or possible traffickers were also arrested on human trafficking-related charges.

During a Fox 4 investigation, which you can read in full here, anchor Jane Monreal took a look at how easy it was for victims to get funneled into Human Trafficking in Southwest Florida as a result of the Super Bowl.