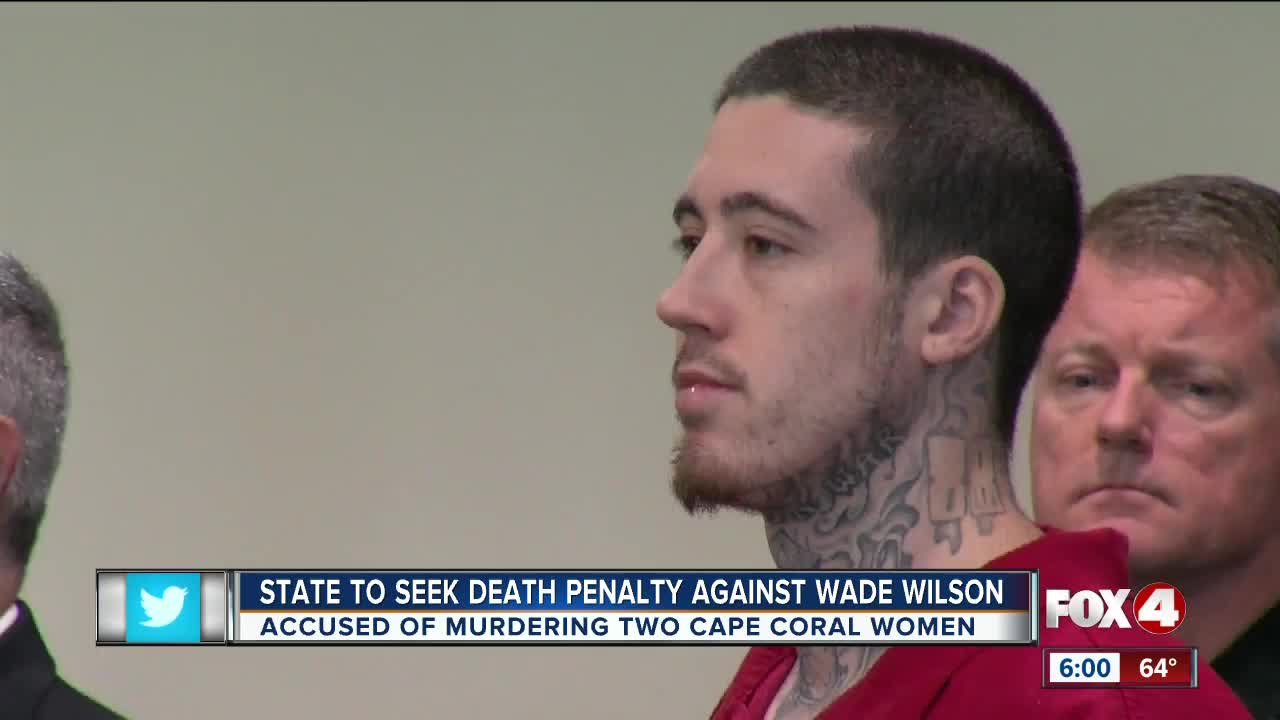 The state is seeking the death penalty against Wade Wilson, the man accused of killing two Cape Coral women.

LEE COUNTY, Fla. --The State Attorney's Office has filed a "Notice Of Intent To Seek Death Penalty" against the man accused of killing two Cape Coral women in October.

25-year-old Wade Wilson was indicted by a Lee County Grand Jury on November 19th for the deaths of Diane Ruiz and Kristine Melton in Cape Coral.