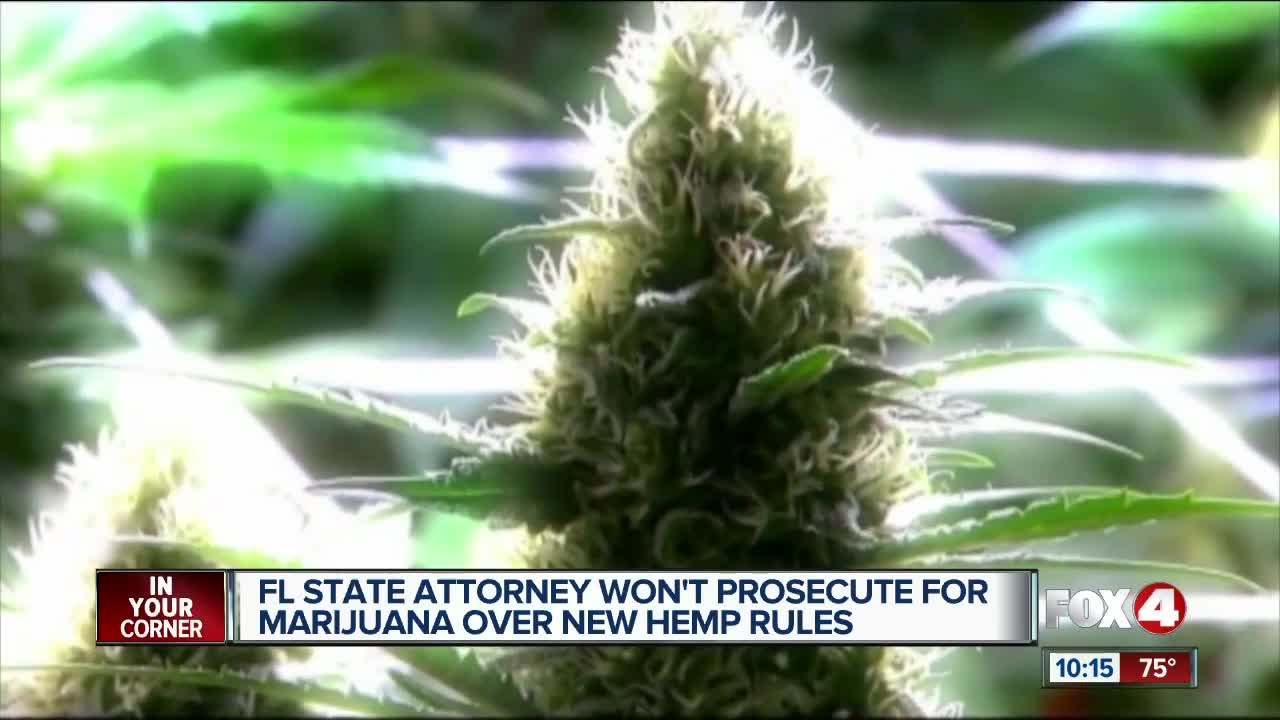 Since Florida legalized hemp or CBD, it’s harder for law enforcement to distinguish between hemp and Marijuana. So, State Attorney Jack Campbell has decided not to prosecute for marijuana possession.

LEE COUNTY, Fla. — Since Florida legalized hemp or CBD, it’s harder for law enforcement to distinguish between hemp and marijuana. So, State Attorney Jack Campbell has decided not to prosecute for marijuana possession in the Florida Panhandle, unless there’s a confession or a new test that differentiates hemp from marijuana.

Retired police chief Walt Zalisko said Campbell is making the right choice, agreeing with Campbell’s stance. Campbell said he’s choosing not to prosecute since hemp is now legal, marijuana is not and there’s no test for law enforcement to distinguish between the two.

Zalisko said the tests they do have only test for the presence of THC, the element that gets you high.

“It doesn’t test for the quantity of it, just whether there’s THC in there,” he said.

He said the problem with that is a .03 trace of THC is legal, which is the amount of THC present in hemp.

“We agree with the legal analysis of State Attorney Jack Campbell’s letter. We will continue to look at each case based on the fact, the law, and the totality of the evidence of each specific case.”

Florida Gulf Coast University forensics professor Dr. David Thomas said even if officers still decide to arrest someone for marijuana without the test, which they can do, it’ll be hard to prove in court.

“You really don’t have a case or the ability to do anything with it. So, it’s a wasted effort,” he said.

He added Campbell’s choice not to prosecute until there’s proper testing is fair to everyone.

He recalled a program that sent University of Florida students to corrective classes when they got caught with marijuana while black and brown young people in Gainesville, FL went to jail for the same thing.

“There was almost one standard for the students at the University of Florida and another standard for minority members in the minority community,” he said.