Speeding jet skiers worry some residents, police say they're not breaking any laws 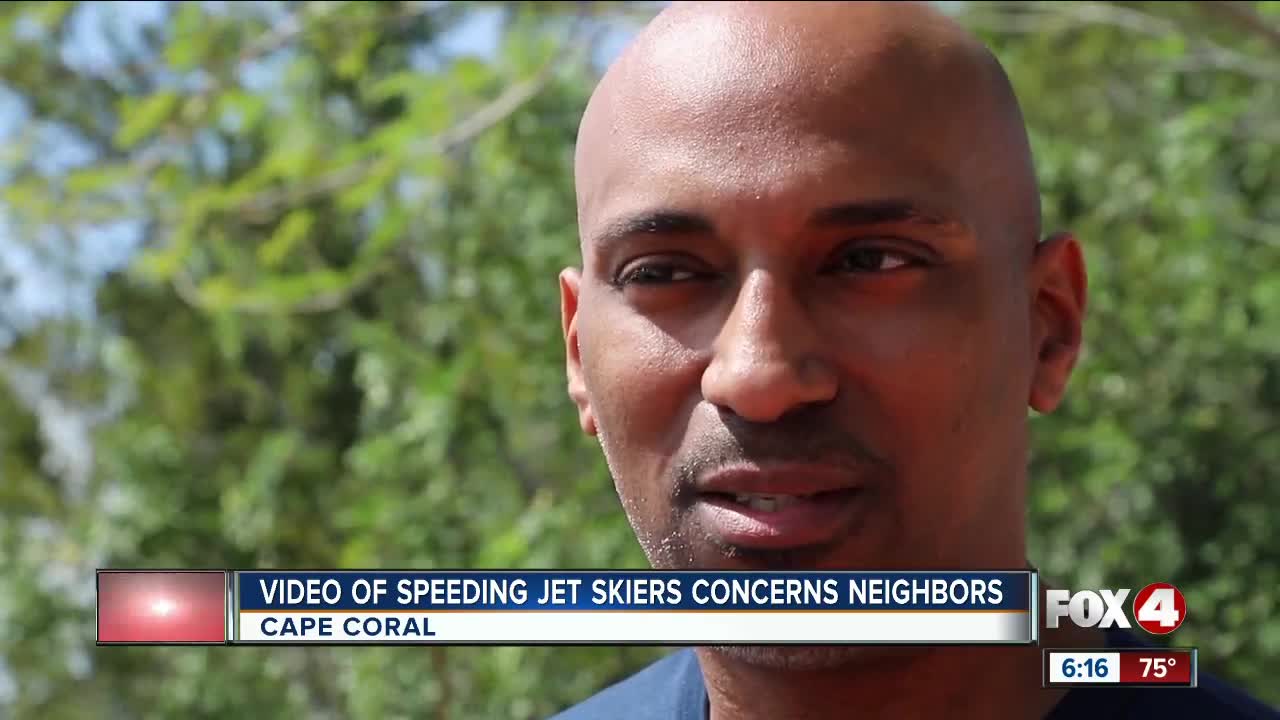 Jet Skis in the Cape

CAPE CORAL, Fla. - A video of some speedy jet skiers took social media by storm over the weekend.

The video shows a person on a jet ski going at a high rate of speed down a canal in Northwest Cape Coral, followed by 3 other ski’s. Now neighbors in the area are raising concerns, while others don't seem to mind it.

“This is southwest Florida, there are a number of places you can go to take your high powered jet skies and have a great time,” said Timothy Francis, who lives in Cape Coral.

“It’s a waterway, I don’t think there’s a law against it,” said John Kukla, who also lives in Cape Coral.

Kukla made a good point, according to police, the people on the jet ski’s did nothing wrong.

Sometimes you'll see "No Wake Zone" or "Idle Speed" signs in saltwater canals in Cape Coral that lead to the Gulf of Mexico. However, in freshwater canals, there are no speed restrictions

Sergeant Alan Kolak, with the Cape Coral Police Department, says the state took away the power to regulate freshwater waterways from cities.

“As far as creating a wake, at this point in time no, it’s still in the process of being changed,” Kolak said.

Police say in order for the jet skiers to face any legal trouble is if they damaged any property in the water.

“In that case, it didn’t look like there were any boats on the actual video, therefore they were not creating any type of violation,” Kolak said.