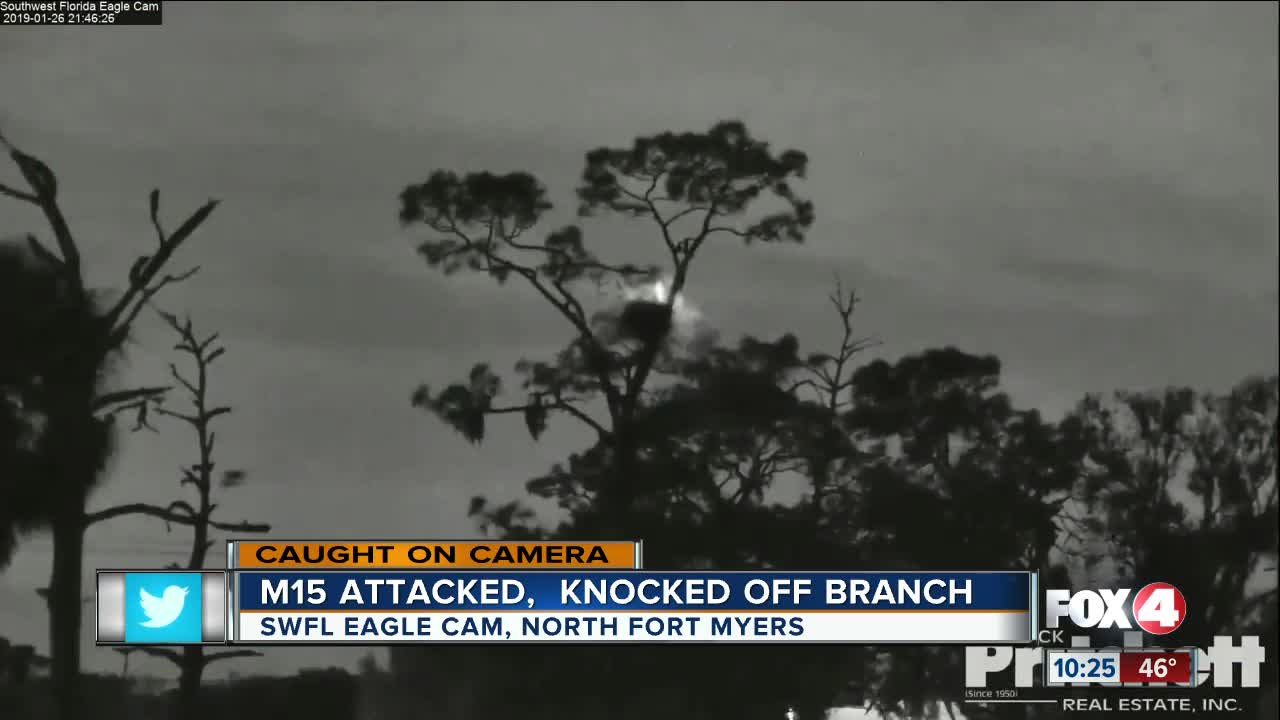 NORTH FORT MYERS, Fla. — A well known Southwest Florida eagle was attacked, and it was caught on camera!

The video from the Southwest Florida Eagle Cam was posted to YouTube on Sunday.

It shows the male eagle named M15, which recently had two eaglets with nestmate Harriet, was attacked by what looks like an owl. The owl knocks him off a branch!

But luckily he caught himself and started flying again. He circled around a couple of times before settling back in.