Southwest Florida among most dangerous metro areas for pedestrians 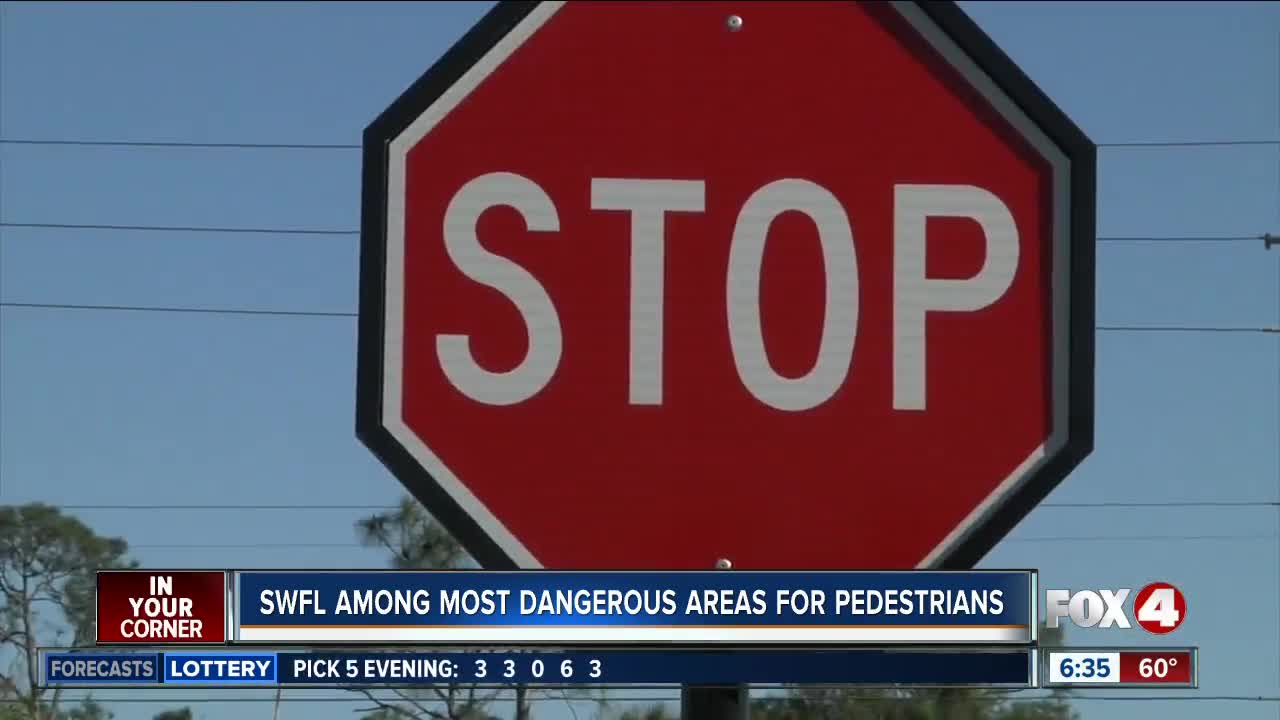 CAPE CORAL, Fla. – A new report is ranking Cape Coral and Fort Myers as the 8th most dangerous metro area in the country for pedestrians. It’s higher than Tampa and Miami.

A report from Dangerous by Design says pedestrian deaths have gone up 35% in recent years.

Between 2008 and 2017, drivers struck and killed nearly 50,000 pedestrians across the country. That’s one person every hour and a half.

A majority of the top 10 most dangerous metro areas for people to walk around are in Florida.

During that timeframe, about 150 pedestrians were killed in Cape Coral and Fort Myers. Florida Highway Patrol said some of those deaths have to do with the poor choices drivers and pedestrians are making.

FHP said some drivers are distracted behind the wheel, especially with their phones.

Lt. Greg Bueno said a lapse in judgment can lead to tragedy, even for pedestrians. For example, some people are just not crossing the street the right way. They either don’t use a cross walk or they’re not using the pedestrian crossing signal when it’s available.

Bueno said it's crucial to make good choices, both drivers and pedestrians. Make sure to be alert, focused, sober and aware of your surroundings at all times.