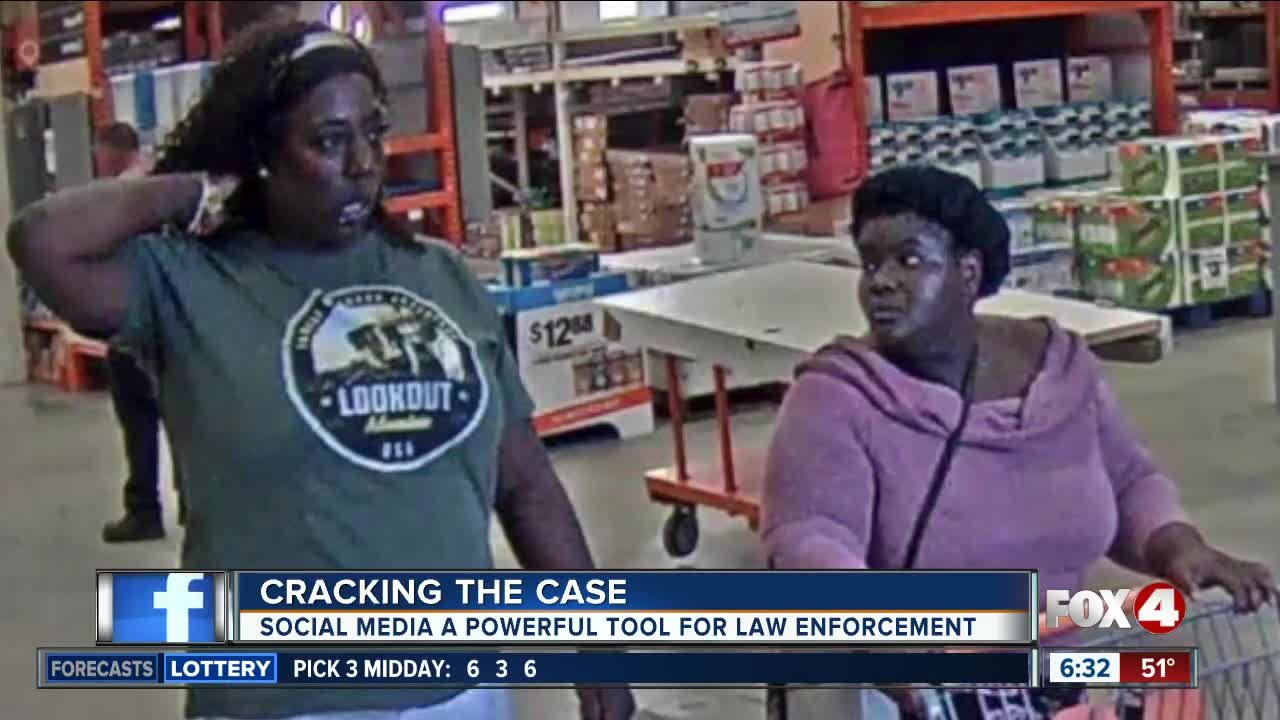 Social media helped investigators track down two women who stole from a local store. But when one woman saw herself on social media, she had a change of heart. 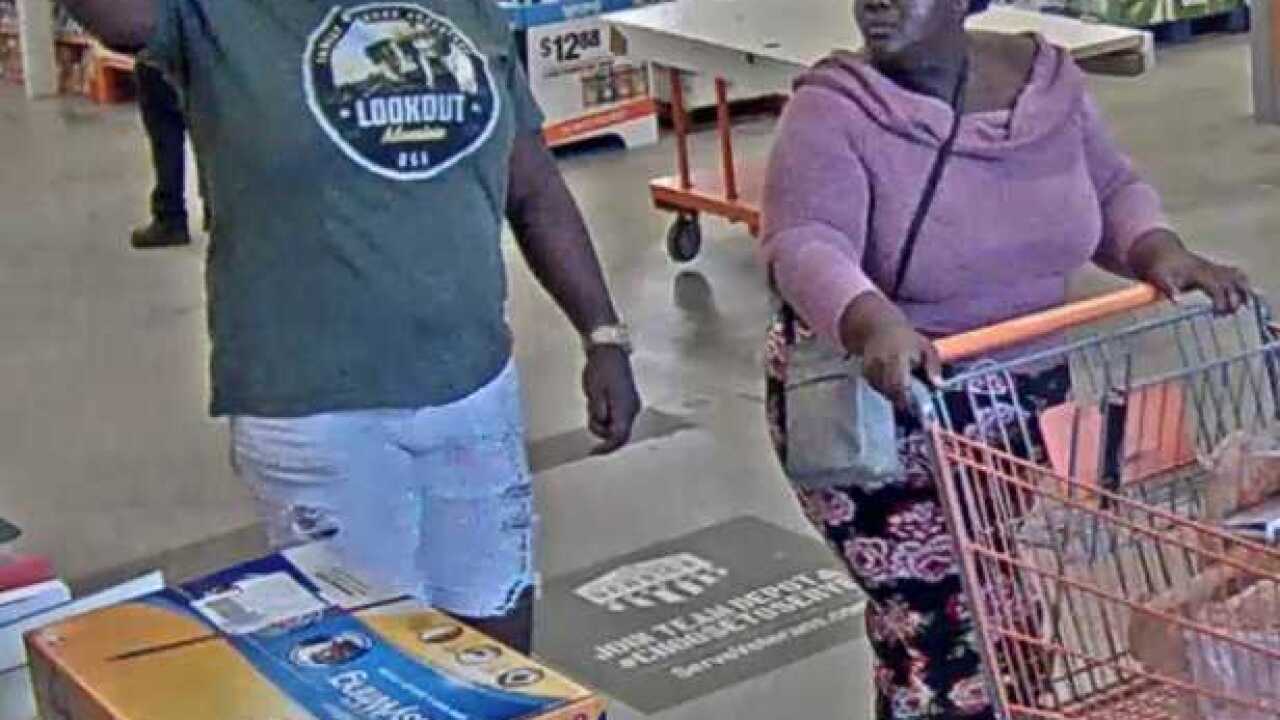 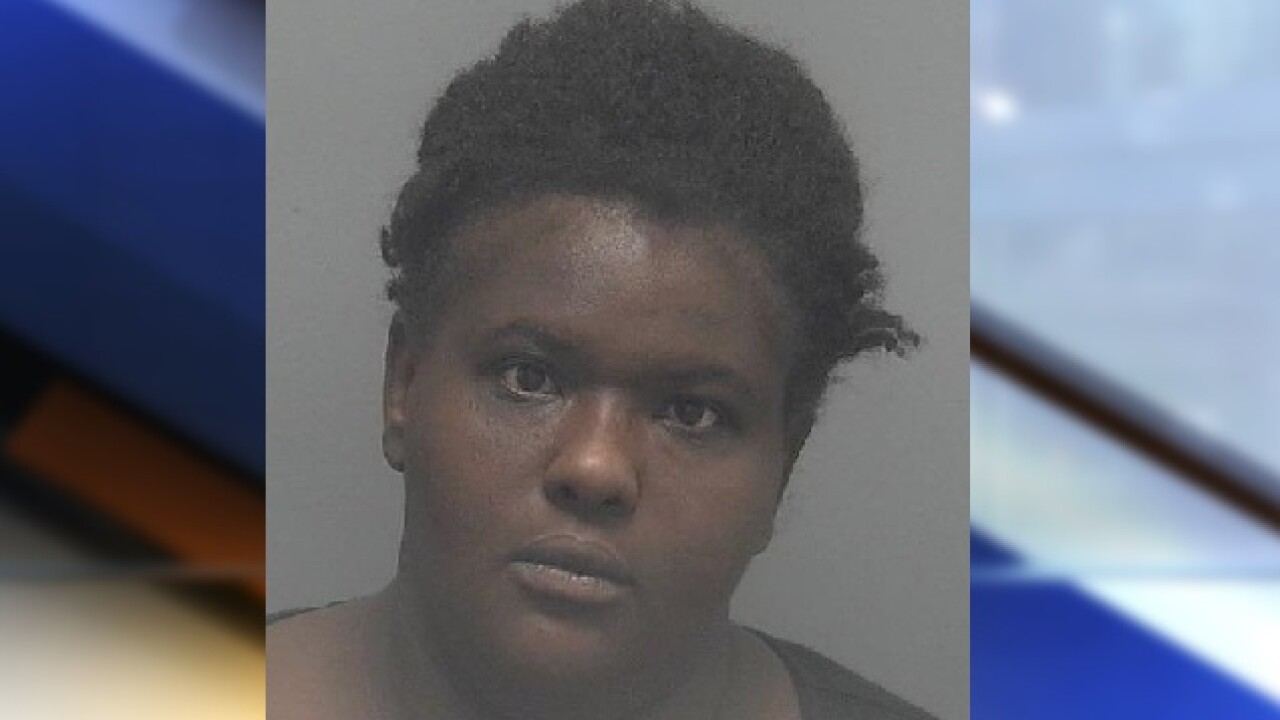 FORT MYERS, Fla. -- In Fox 4's "Cracking the Case" segment, we're breaking down unique crimes that happen in Southwest Florida and the unusual ways they're solved; how you help investigators, how an uncommon circumstance or tool can change a case, or how sometimes the most unlikely person can lead detectives to a big break.

Lisa Greenberg talked to Trish Routte of Crime Stoppers about how social media has become a big help in solving crimes, and a particular case in which one suspect saw herself on social media, and that led to detectives making an arrest.

If you walk out of any store without paying, it's likely you're going to get caught. Crystal clear surveillance cameras and the power of social media almost guarantee it. But in one particular case, investigators say when one woman saw herself in surveillance photos posted by Crime Stoppers to social media of herself committing a crime, she had a change of heart.

The incident happened at the Home Depot on Pine Island Road in Fort Myers in December of 2018.

"They picked some water pumps -- which were worth about $1200 -- and instead of stopping by the cash register to pay for it like you're supposed to do, they just walked out the door with more than a thousand dollars worth of materials," Routte said.

Lee County Deputies got surveillance photos from the store, which clearly captured the suspects' faces, and posted them on the Crime Stoppers social media pages. "Within an hour, we're getting in tips on exactly who these women were, where they live, everything about them you could ever think of," Routte said.

But it was the suspect's own eyes on that target that makes this story different. More than 50 tips led to the arrests of Charlesetta Jones and Debra Smith within hours.

🚨🚨 Debra Smith and Charlesetta Jones have been arrested and charged with grand theft after several tips were received that led to their arrest. #BOLOtoBusted pic.twitter.com/RxiZsMr6v5

When questioned by detectives, Smith said it was her very own picture committing the crime that gave her a change of heart days earlier, and she wanted to clear her conscience. "Once the actual suspect, Debra Smith, saw her herself on social media, she felt bad -- so she said -- and went back to Home Depot and returned the water pumps that she stole," Routte told Four in Your Corner's Lisa Greenberg.

Too little, too late; Smith still ended up going to jail, charged with grand theft.

"Hopefully that remorse will stay with her going forward, and she won't go to any more stores and steal. Hopefully this was a learning moment for her," Routte said.

That was the hope, but when trying to track down Smith for her side of the story, we found out Smith landed back in jail nine days later for grand theft and aggravated battery with a deadly weapon.

Routte hopes after this arrest, Smith will learn this: "With the age of social media, you can almost guarantee you're going to get caught, and get caught quickly."