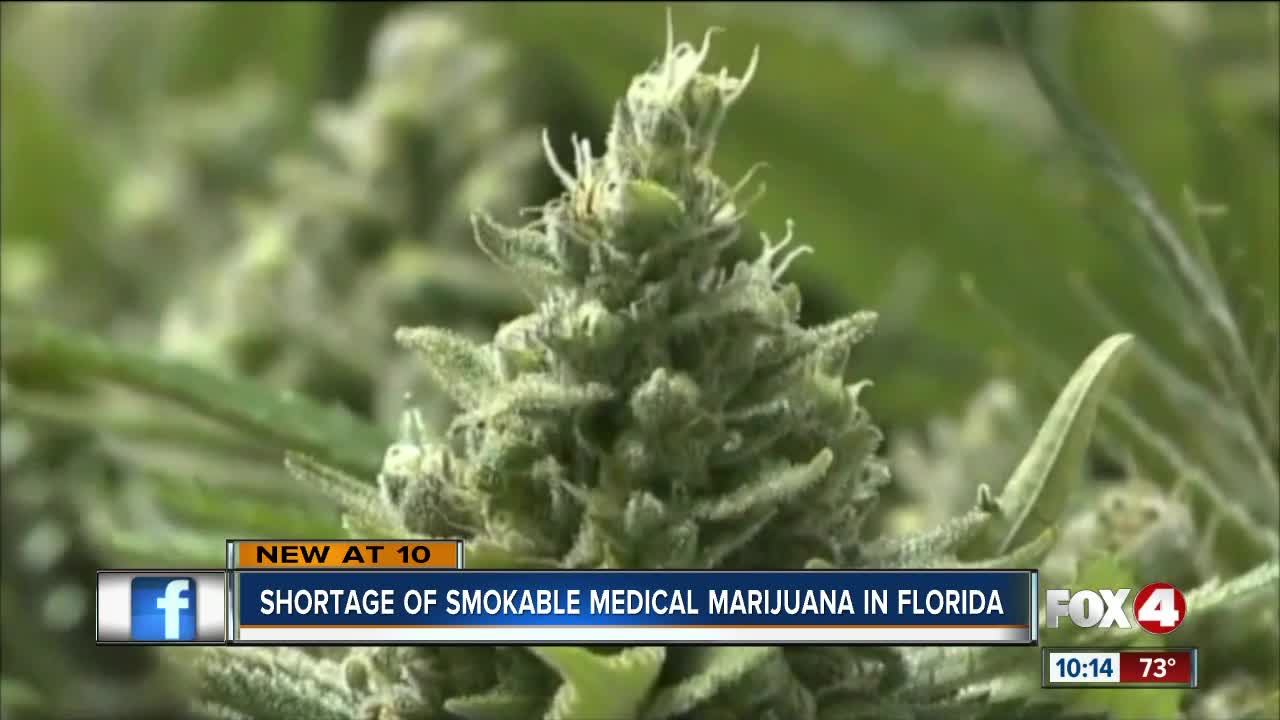 NAPLES, Fla. – Right now, there's a shortage of smokable medical marijuana in Florida, according to experts.

“It’s been completely life changing for me,,” said Zachary LaFrennie. I’ve been able to hold down my job, really take care of myself.”

Zachary LaFrennie uses smokable medical marijuana to help with his seizures and depression.

“I like using the smokable form because of the immediate relief. It's very smooth and clean tasting,” said LaFrennie.

“I’ve been to multiple dispensaries lately that have been out of stock of smokable flower and it’s just beyond frustrating,” said LaFrennie.

Unfortunately, he’s not the only one.

“There’s not enough product and not enough supply with a super high demand. Therefore, there’s a big challenge there,” said Nick Garulay with My Florida Green in Naples.

Smokable medical marijuana became legal in Florida back in March.

“And I don’t think the dispensaries were very prepared,” said Garulay.

Garulay said there are more than 300,000 qualified patients but there aren’t enough dispensaries in Florida.

Garulay also said how the current law is forcing medical marijuana treatment centers to vertically integrate from seed to sale in order to obtain a license.

He thinks horizontal integration would be a good solution.

He said Governor Ron DeSantis already publicly announced that he thinks it should be that way but nothing in the current law has changed yet.

Garulay also said if Florida legalizes recreational marijuana, the demand will go through the roof and there won’t be enough medicine for patients.