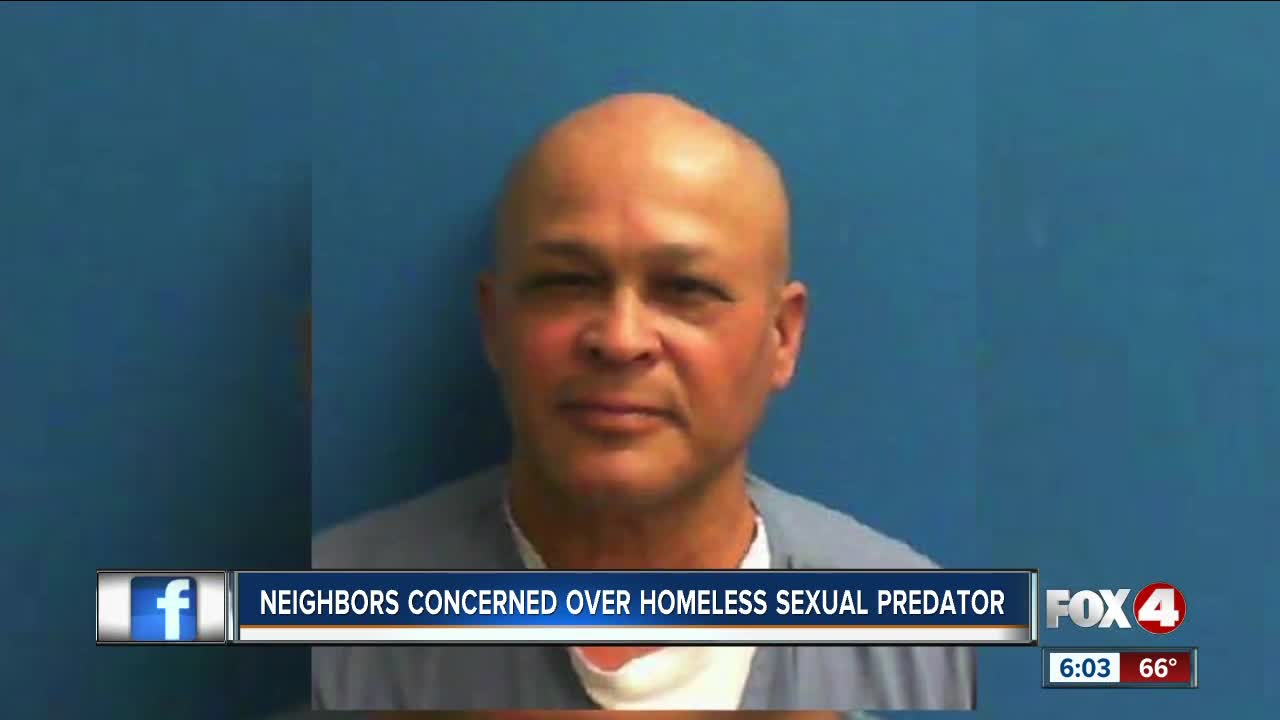 Family members showed up at the Hendry County Sheriff's Office today to let police know they have found a home for David Ortiz. Since Monday, Ortiz has called the department of corrections state probation office in Labelle home. Released from a correctional facility last week, he showed up to report his whereabouts - which he's required to do by law - but then told authorities he was homeless. .

Ortiz is the latest sexual predator to attempt to report his whereabouts and do so with no address to call home. Two years ago Fox 4 news reported the story of man in Lee county who used a 24-hour Walmart in Lehigh Acres as his mailing address. Something that did not sit well with residents. In this latest case the reaction was the same.

Folks at the sheriff's department say they understand the community's concerned, but also say Ortiz was here during business hours and when the office was closed he'd stay outside the building - even slept outside with an ankle monitoring bracelet - so police knew his where about at all times. But Captain Susan Harelle at the Hendry County Sheriff's Department says with GPS and an ankle monitoring device, if he went anwhere he was not supposed to, police would have be alerted. As he stayed just outside the building they were also keeping an eye on him,
for now this issue has been resolved - but questions about what to do with those whose whereabouts need to be known - and are homeless - continues to perplex authorities.