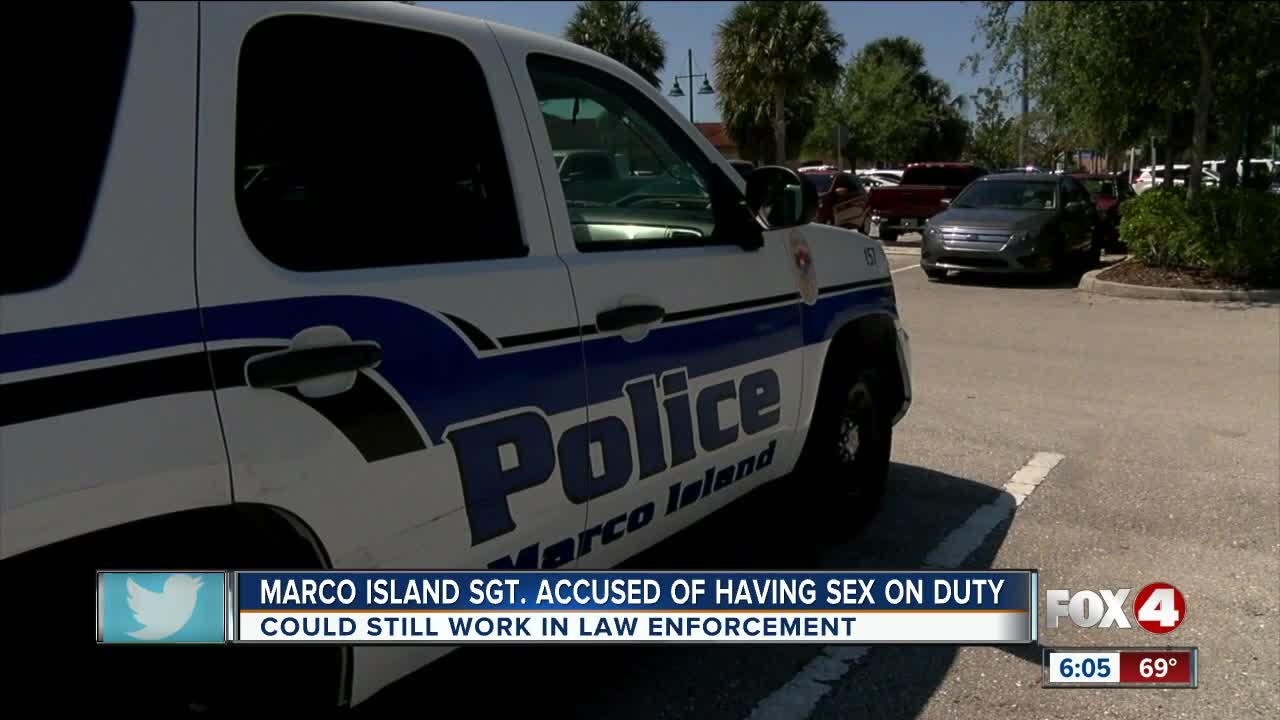 Neil Giansanti, a sergeant accused of having sex while on duty gets to keep his law enforcement certification, according to the Florida Department of Law Enforcement.

MARCO ISLAND, Fla. — Neil Giansanti, a sergeant accused of having sex while on duty gets to keep his law enforcement certification, according to the Florida Department of Law Enforcement. FDLE investigated three officers including Giansanti for having sex with Madeline Barrett while on the clock between 2015 and 2017.

A settlement agreement with Florida’s Criminal Justice Standards and Training Commission shows he denied all claims against him. The commission suspended his certification for 60 days and gave him a one-year probation.

Retired police chief and private investigator Walt Zalisko said he doesn’t agree with FDLE’S decision to allow Giansanti to keep his certification, considering the seriousness of the investigation.

“This has been a problem with the Criminal Justice Standards and Training Commission for years, where they allow officers who’ve had some disciplinary issues in the department to keep their certification,” he said.

“FDLE if they only see it as if it’s consensual sex, then I would say that that’s probably why they cut him some slack,” he said.

Thomas agreed with Zalisko that Giansanti’s no longer qualified to serve and protect the public, but said his chances of getting hire with another agency are slim.

“It’s not fair that if you have violated the public trust, you don’t deserve to be an officer,” he said. “I doubt very seriously that anybody will hire him.”

Zalisko said because of several misconduct investigations within the past few years, MIPD should be dismantled and join forces with a nearby agency.

“There could be a benefit to going to the sheriff’s department. It could be a cost savings benefit. As well as getting a more professional police department to patrol the streets here,” he said.

Giansanti can apply to another law enforcement agency while he’s on probation. He just has to notify FDLE if he gets hired during his probation.