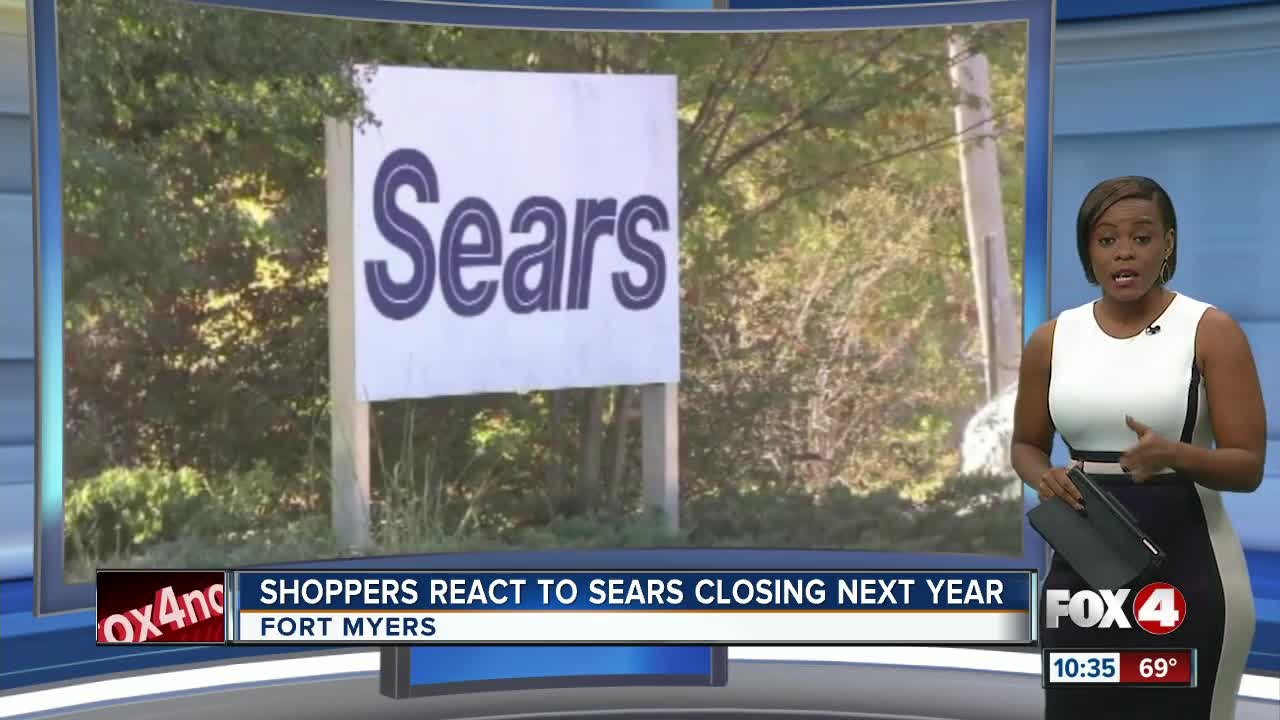 The announcement of Sears closing may have an affect on shoppers holiday plans.

FORT MYERS, Fla. — Earlier this week Fox 4 reported that the parent company of both Sears and Kmart, Transformco, announced its plans to close an additional 96 stores, including the Sears right here in Fort Myers.

According to USA Today, fifty-one Sears and forty-five Kmart stores will be closed by February 2020. We found three Sears locations in Florida, including the one in Edison mall in Fort Myers.

Fox 4 spoke to local shoppers about how this could affect upcoming holiday plans.

“How many jobs are going to be lost here...a lot. I really honestly think that unless it’s going to be replaced by another store of its type, then all those people who lost their job...where are they going to go,” says Debi Sprow.

According to the Bureau of Labor Statistics, the Fort Myers unemployment rate is at a low of just 2.9 percent through September of 2019.

With the impending closing of the large department store chain, those who now work at Kmart and Sears locations could be forced to begin the job hunt during a busy holiday season.

“I don’t want to see any store closing signs on the front of my Sears here in Fort Myers,” said Dean Torres.

Torres has been a loyal Sears customer for years, even though he is disappointed to hear of the closure he tells us that he will be taking full advantage of the door-buster closing sales.

“I’m a pretty old fella and I’ve been going to Sears all my life. Especially around now the holidays and black friday and thanksgiving coming along there will be plenty of sales,” said Torres.

“We’re kind of sad that we’re not going to have this hardware area around. We go to Ace, we go to Home Depot, we go to a lot of other places, but this has always been a nice competitor,” says Richard Torricelli

With the Edison mall location shutting down, shoppers will now be forced to travel more than an hour away to the closest sears.

“Wheres the nearest sears now? Sarasota or something…there's none around anymore. It's kinda disappointing to see Sears moving out of the area” said Joel Stawski.

In a statement released by Transformco, the parent company of Sears and Kmart, to Fox Business officials they say the hundreds of store closings within the past year were quote “a difficult but necessary decision.”