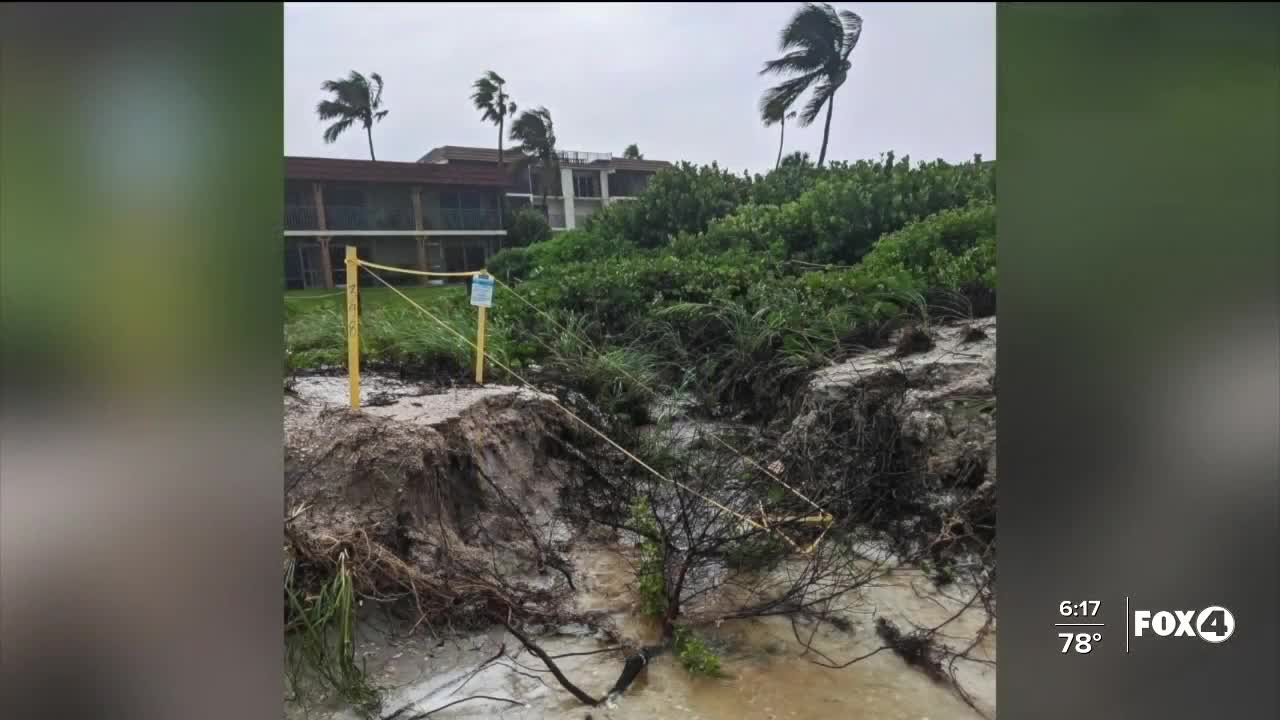 Over a dozen sea turtle nests completely lost in the aftermath of Tropical Storm sally. Fox 4 speaks to a conservation expert about the overall impact this will have on nesting season.

Fox 4 speaks to a conservation expert about the overall impact this will have on the nesting season.

The aftermath of Tropical Storm Sally has brought some devastating news to the people of both Sanibel and Captiva Islands.

The Sanibel-Captiva Conservation Foundation says 75 sea turtle nests have been impacted, and over a dozen completely destroyed.

“In some cases, they are visibly gone, the tide just came and carved out the nest, but in other cases, the stakes just washed away, ” said Kelly Sloan, SCCF.

Sloan says there have been over 900 nests and 32,000 hatchlings on Sanibel and Captiva this year.

Sea turtles have adopted strategies to help protect nests from natural threats like storms, but in some cases, the tides become too high.

“Sea turtle nests can withstand some wash overs, but when they are sitting underwater that can cause the nests to suffocate, ” said Sloan.

She says the storm should not have a huge impact on the Southwest Florida sea turtle population as each turtle lays multiple nests per season.

“That way if a storm comes through and washes one away, hopefully, there is at least one and hopefully more than one that is still successful, ” said Sloan.

The number of damaged nests may grow as SCCF is still working to track down and locate all nests on the islands.

“The problem is that the tides are really high and the storm surge, but once that goes down we’ll be able to get out there and get a better estimate, ” said Sloan.

If you live on either Sanibel or Captiva see a nest that may have been impacted by the storm, The Sanibel-Captiva Conservation Foundation says not to interact with it, as sea turtles are endangered species but to contact them immediately.

SCCF will be using previously recorded GPS coordinates to over the next couple of days to confirm the actual number of nests lost.