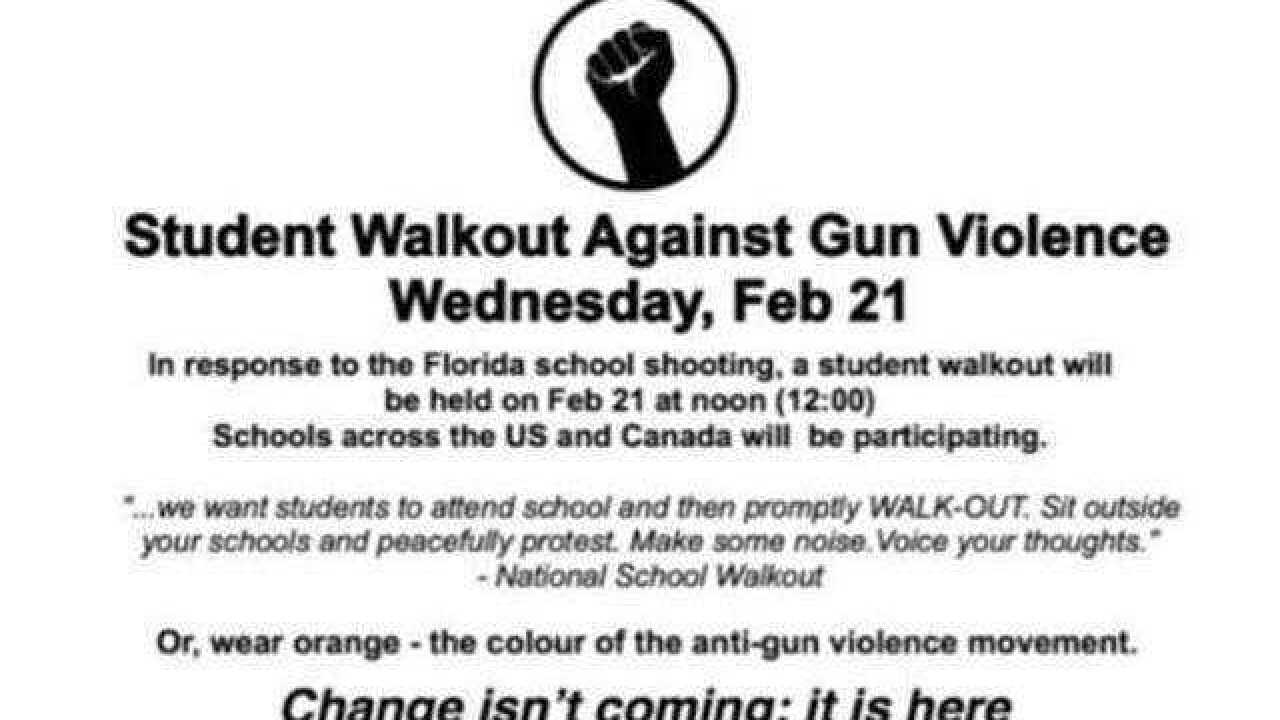 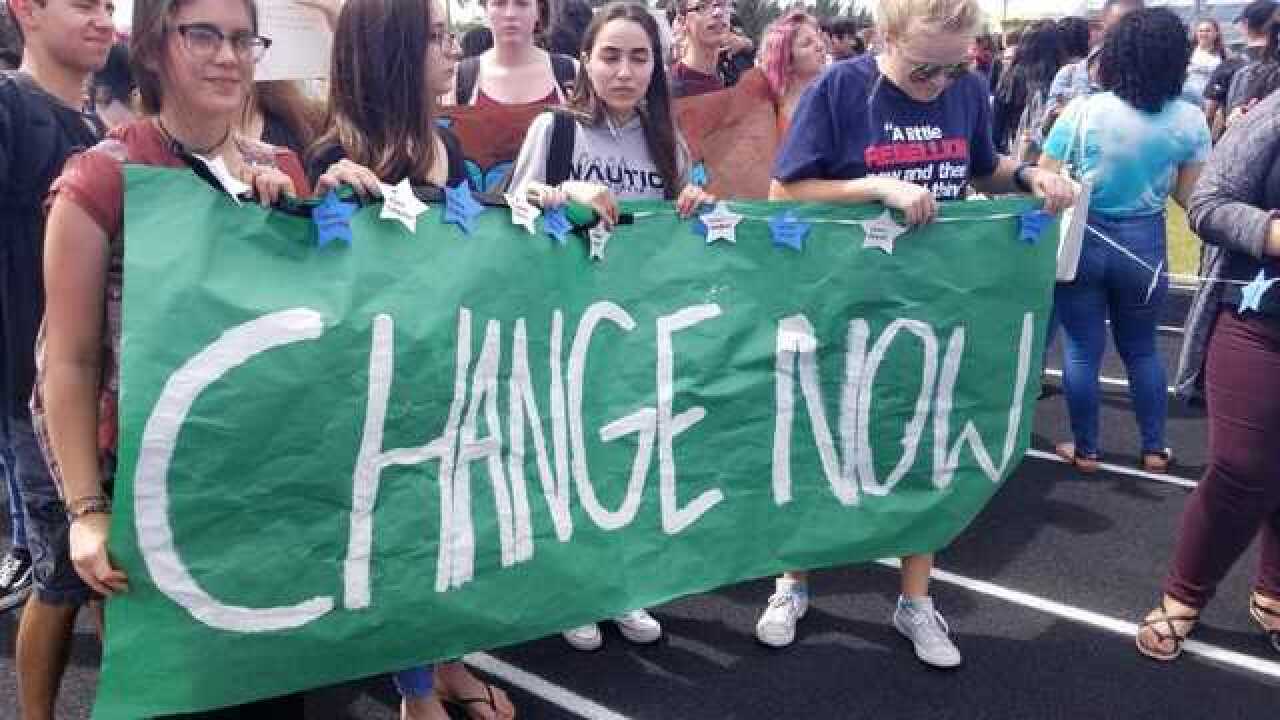 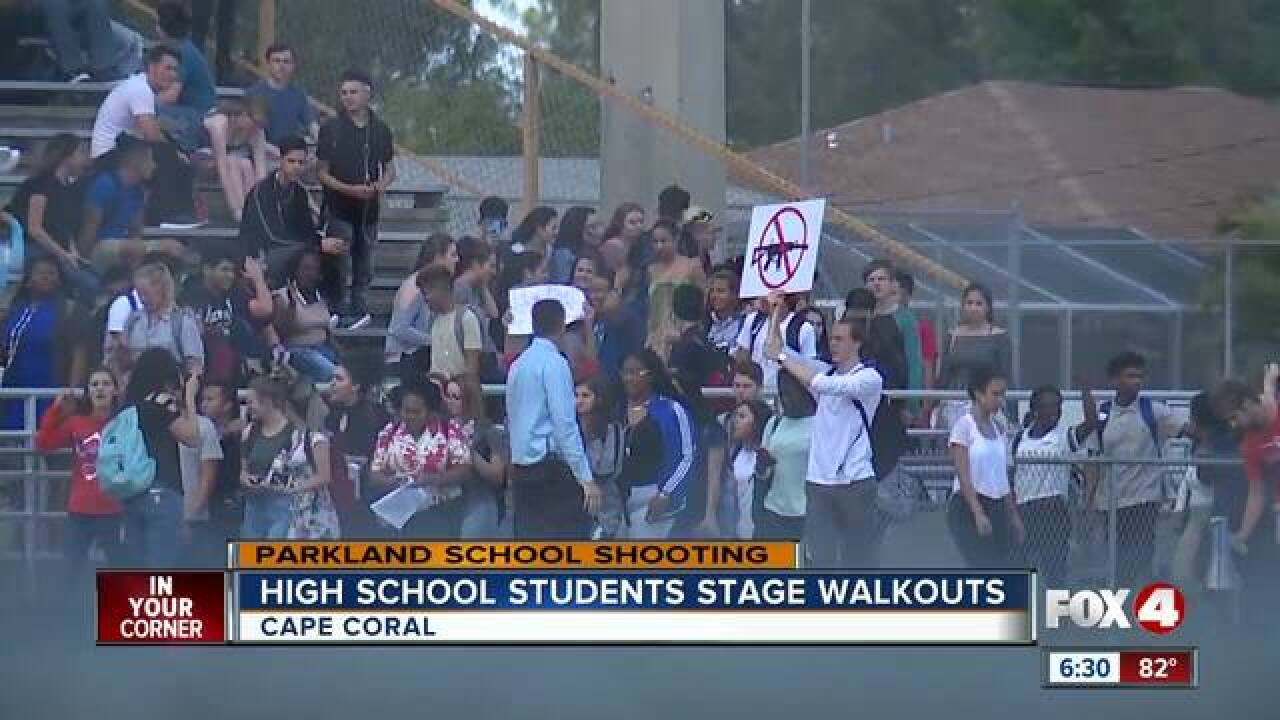 LEE COUNTY, Fla. -- Students across Southwest Florida and the country are walking out of classes Wednesday to protest gun violence.

These walkouts come as students who survived the Florida school shooting last week are preparing to flood the Capitol in Tallahassee, pushing to ban the assault-style rifle used to kill 17 people and vowing to make changes in the November election if they can't persuade lawmakers to change laws before their legislative session ends.

Tuesday, the Florida House of Representatives voted down a motion to consider a ban on assault weapons and large-capacity magazines

4 In Your Corner attended a walkout at Cape Coral High School, where students shared diverse opinions at a rally, after marching to their football field. Some spoke to their peers about demanding gun control, while others made suggestions such as arming teachers.

Galia Pino and Max Slayfer, two senior students at the school, organized the demonstration. "We posted all over social media, used that as a platform. We told a lot of kids at school today in the hallways," said Pino. "We're just advocating for some kind of change to lessen the gun violence that's currently going on in our society."

Slayfer made a point of welcoming all different ideas as solutions to gun violence. "Dialog is what we're trying to do today. We were able to get our students together to show the diverse opinions about the issue. I think we as students did a much better job hearing each other out than the adults in Washington do every day," he said. "The collectivism and love and the inspiration that we saw out here today is just the begininng."

The Lee County School District released the following statement about the events:

"As educators we can’t support or advocate disruptions during the school day.  However we recognize the importance of today’s message to some students.  They want to feel safe and secure at school and their safety and security is our number one priority.  Since the students who walked out have a right to free expression the District worked with our Principals to establish guidelines that would keep them safe on campus and encourage them to get back to class with as little disruption to the school day as possible."